As the country’s support of the Black Lives Matter movement has surged to an all-time high amid protests of multiple senseless police killings, we’ve gotten a good look at who the real racists are — all those digging in their heels and misinterpreting the message in overtly bad faith, no matter how many times it’s explained in clear language even a 5-year-old could understand.

On Monday he tweeted:

“Has @BubbaWallace apologized to all of those great NASCAR drivers & officials who came to his aid, stood by his side, & were willing to sacrifice everything for him, only to find out that the whole thing was just another HOAX?”

Wow, so much to unpack…

As you’ll likely remember, Bubba Wallace is the Black NASCAR driver who found a noose hanging in his garage, what he took to be a disturbing and terrifying racist statement.

The investigation by both the racing organization and the FBI found proof the garage pull rope had been fashioned in that knot for months, long before Wallace had been assigned that garage. However, it absolutely does look like a noose — which is a nonsensical knot to use for a pull rope (instead of holding fast it would squeeze around your hand when you pulled it). 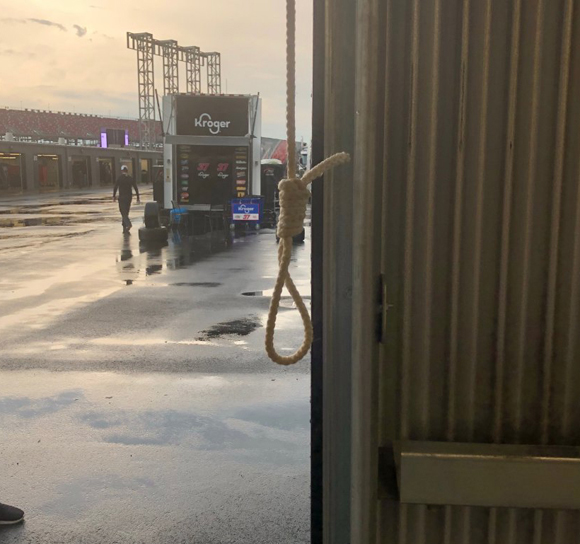 BTW, NASCAR did an inventory of all the pull ropes at the 1,684 garage stalls at their tracks — only eleven were tied in knots at the end, and only this particular one looked anything like a noose.

President Steve Phelps also confirmed this was a noose in a statement:

So at best what we’re looking at is a horrible misunderstanding in which Bubba saw a noose and was understandably shook. At worst, this was a racist joke — it just predated Bubba. One thing we know it wasn’t? A hoax.

Since we know for sure it was in the garage before Bubba Wallace was assigned there, he could not have faked it. The only people calling this a hoax or saying the driver lied in some way? Those who are trying to feed a racist agenda. Pretending he made it up both gaslights those facing racism and paints POC as liars, two things racists are more than happy to do. You think it’s an accident he said “just another hoax”?

“I think we’ll gladly take a little embarrassment over what the alternatives could have been. Make no mistake, though some will try, this should not detract from the show of unity we had on Monday, and the progress we’ve made as a sport to be a more welcoming environment for all.”

We don’t know if he knew he was talking about the President of the United States, but he was absolutely right.

Wallace’s fellow drivers did indeed stand by his side in a moving moment of support. Not sure how they “sacrificed everything” by doing so as Trump wrote — but then again we’ve seen this POTUS’ reticence to denounce the vocal support of the KKK and white supremacists, so to him those are perfectly good votes they’re throwing away. Or in this case fans — which is exactly what Trump implied with his final sentence:

“That & Flag decision has caused lowest ratings EVER!”

(The “Flag decision” is the banning of the Confederate flag at NASCAR events.)

Trump’s own son said the only color his father sees is green. Well, if that’s true, he’s certainly willing to do a years-long impression of a racist in order to feed his greed. Frankly, that might even be worse… 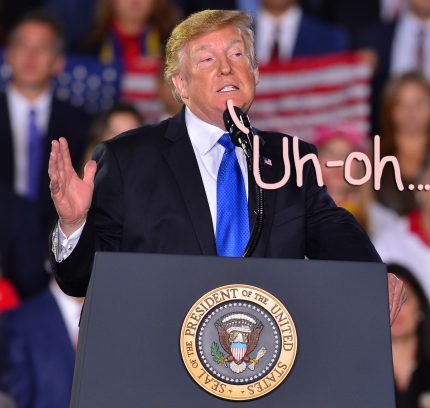