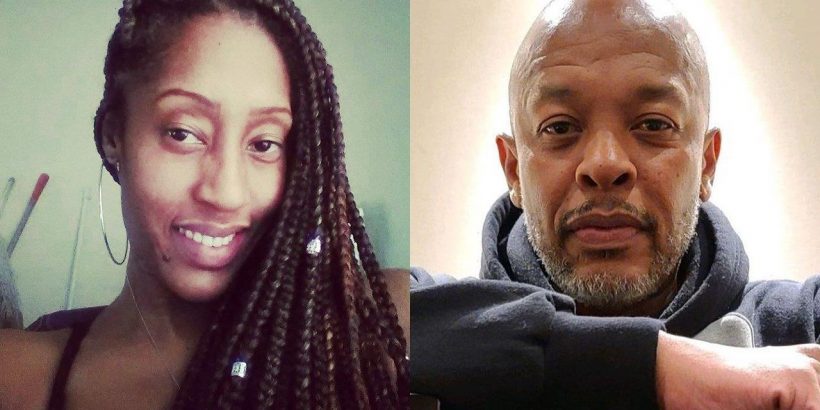 LaTanya Young, the 38-year-old daughter of the music mogul, is asking for $50,000 in desperate attempt to prevent herself from living on the streets after revealing her father has cut her off financially.

AceShowbiz – Dr. Dre‘s homeless child is turning to crowdfunding after she went candid about her financial struggles. LaTanya Young, who is the eldest child of the hip-hop mogul, has launched a GoFundMe page to raise money for “housing and shelter.”

In her desperate attempt to prevent herself from living on the streets, the 38-year-old is asking for $50,000 from generous strangers. In a description on the page, she explained, “This fundraiser is to help Latanya and her four kids find a safe and stable home. She is currently working at DoorDash to keep afloat and these funds will be deeply appreciated. Thank you so much.”

In a follow-up statement, LaTanya said there were fake GoFundMe pages launched in her name before, but this one is really hers. “Hi this is LaTanya Young I have had issues with go fund me pages that had been created not by me . But, this page is really mines please if you donate please donate to this go fund me page only. The others are not me . Sorry for any inconvenience this may have caused,” so she wrote.

It’s unclear if it is for this particular reason or not, but LaTanya’s GoFundMe campaign has received very poor response. Three days after it was created, it has so far only gained $285 from 16 donors out of its $50,000 goal.

Earlier this month, LaTanya opened up to Daily Mail about her financial crisis. She said she has been living in the car, while her kids are staying with friends. To make ends meet, she is working in a warehouse and doing Uber Eats and DoorDash.

“I’m taking odd jobs just to make it now – I got paid $15 an hour as an assembler at the warehouse. I’m trying to keep my head above water. I’ve been in debt for a while,” she shared. Noting that the car she’s been living in is rented, she explained, “The car is a pretty penny… It’s an SUV that costs $2,300 for three weeks and I only paid for one week. Sooner or later they are going to take the car.”

LaTanya also claimed that her millionaire father refused to help her. The single mother of four said she has been “reaching out to [her] dad for help” but “his lawyer has said that [her] dad doesn’t want to help [her] because [she’s] spoken about him in the press.”