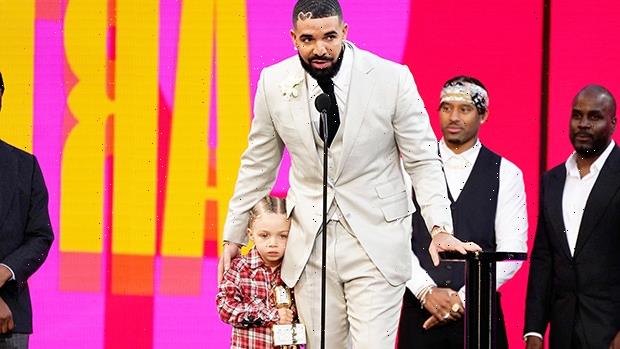 Adonis Graham turns four years old on Oct. 11, and his dad, Drake, helped him celebrate with a racing-themed birthday party the weekend prior. The guys posed for a sweet photo together at the bash.

Drake threw his son an epic fourth birthday party on Oct. 10, and took to Instagram to share a photo from the fun day. In the pic, the father/son duo stood in front of a sign that said “Adonis Races Into 4,” setting the tone for the racecar-themed bash. The decorations were complete with tons of balloons, including a few that featured the signature checkered pattern of a racing flag. Drake bent down to be at the same height as his son, and they both struck the same pose with big smiles on their faces.

In addition to that pic, Drake also posted a cute photobooth shot with his little one, WHICH YOU CAN SEE HERE. In the pic, Drake is cracking up as he tries to hold Adonis on his lap, but the toddler just wants to get closer to the camera. His cute cornrows are on full display as he leans the top of his head toward the camera lens. Videos from Drake’s Instagram Story also reveal that Bugs Bunny showed up to the celebration wearing a Space Jam-themed LeBron James jersey. 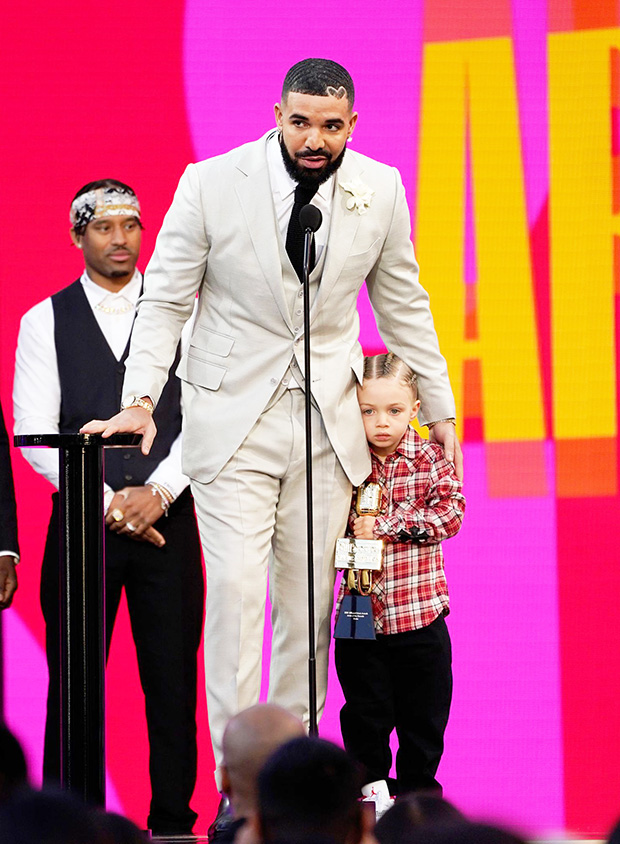 Drake shares Adonis with Sophie Brussaux, but it’s unclear if she was in attendance for the celebrations. Sophie didn’t share any pics to her own Instagram page, and appeared to have a pampering day for herself instead. She posted a glam selfie with the caption, “Mom life: When there’s a whole other person staring back after getting her hair and makeup done.” Adonis’s actual birthday is on Oct. 11, so perhaps Sophie has something else special planned, as well!

Ever since Drake confirmed — via a DNA test — that he is Adonis’s father, the two have developed such a special relationship. The four-year-old loves basketball like his dad, and Drake even took him to a playoff game during summer 2021. The rapper has also shared videos of Adonis showing off his skills on the court himself. He’s growing up so fast!