Adele‘s new single’s already getting some of the best possible pub — and so is she — thanks to one of her besties … this dude Drake.

As you may know … this is the singer’s first new music after a 6-year absence, and after dropping her single “Easy on Me” Thursday, Drake gave it a shout-out … along with some surprising insight about their relationship. 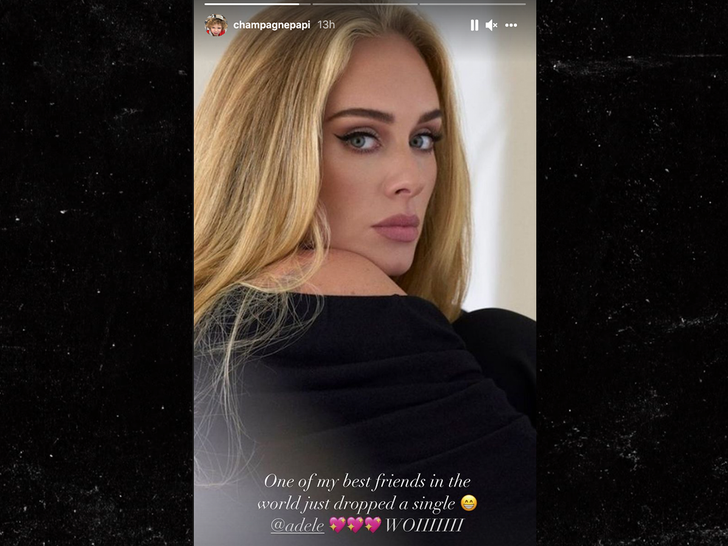 Champagne Papi posted a photo of Adele on his IG story and wrote, “One of my best friends in the world just dropped a single” … while adding a smile emoji, hearts and “WOIIIIIII” to show his awe for it.

Now, we’ve known Adele and Drake are friends for awhile now — you’ll recall she attended his birthday party in 2019 after her divorce — but it’s a bit of a surprise they are in the BFF zone.

But perhaps we should have known, because back then Drake also shared a photo of himself with Adele along with a caption about “unbreakable bonds I have in my life from incredible people.”

Anyway, Adele’s new song is the first release from her upcoming fourth studio album, “30.” As we reported … she gave her fans a sneak peek of the song last weekend during her first-ever Instagram Live, and yes — she’s still got it.

The album’s set to come out November 19.