The pair, who have been reportedly working with the streaming platform since 2021 for a look into their lives in California, are said to have been hoping for an early 2023 release but Netflix are now keen to tie the premiere in with the fifth season of The Crown.

“There is a lot to organize and a lot of things at play here,” a source told Page Six, adding that the platform was also concerned that Harry’s memoir – set for release later in 2022 – may “scoop” some of their content. The Crown is set to air in early November.

In June it was claimed that the pair had hired an Oscar-nominated director who will helm their rumored docuseries.

SEE: Inside Prince Harry and Meghan Markle’s family getaway to the Wyoming mountains

As part of their $100 million deal with the streaming service, Liz Garbus will now work on the series, which the couple have allegedly been working on for over a year.

Liz worked on season four of The Handmaid’s Tale and was nominated for an Emmy in 2021. She was also set to work on Meghan and David Furnish’s planned animation Pearl before it was scrapped earlier in 2022. 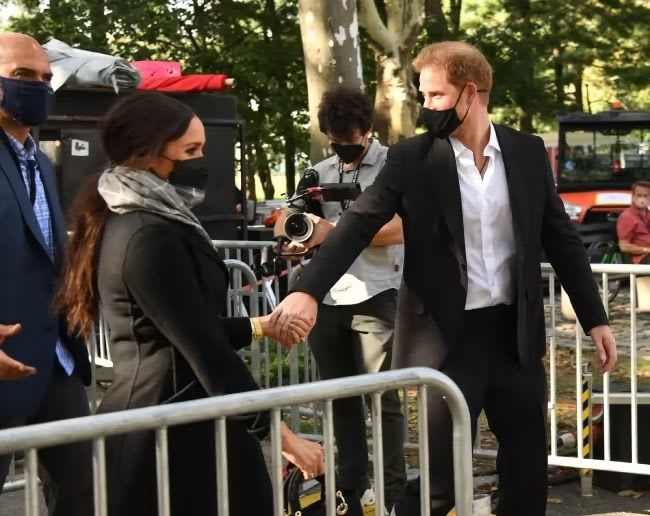 The pair were pictured with film crews in New York City

Archewell has never confirmed the reality series, but camera crews were pictured with the pair in September 2021 when they attended a series of events as well as the Global Citizen Live event.

Fans are also hoping that their recent trip to New York may feature. 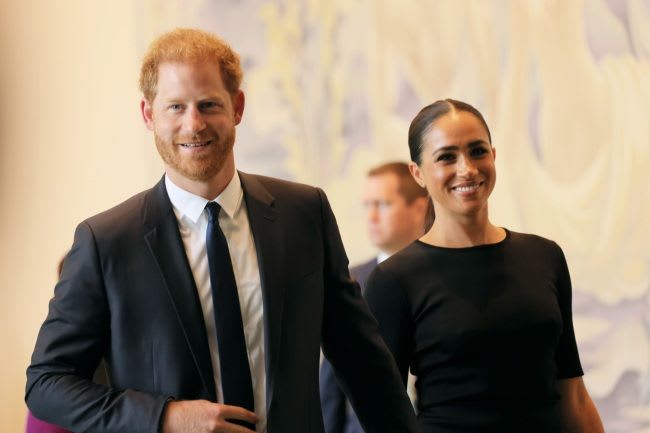 Harry and Meghan both attended the UN event

The Duke and Duchess dominated the headlines during their trip to the city, and appeared to be in relaxed spirits as they wined and dined at a fancy Italian restaurant with a group of close friends.

After his emotionally-charged speech at a United Nations event – which took place in honor of the late Nelson Mandela – Harry was seen leaving Chef Andrew Carmellini’s Tribeca hotspot, Locanda Verde, hand-in-hand with his wife.

During his speech, Harry spoke about his mother Diana, the Princess of Wales’ meeting with former South African leader Nelson in March 1997, and how he “sought solace” in Africa following her death.

He said: “On my wall, and in my heart every day, is an image of my mother and Mandela meeting in Cape Town in 1997. The photo was presented to me by the late Archbishop Desmond Tutu, whose friendship and inspiration were their own treasured gift. My wife and I had the honor of introducing our four-month-old son to him back in 2019.”