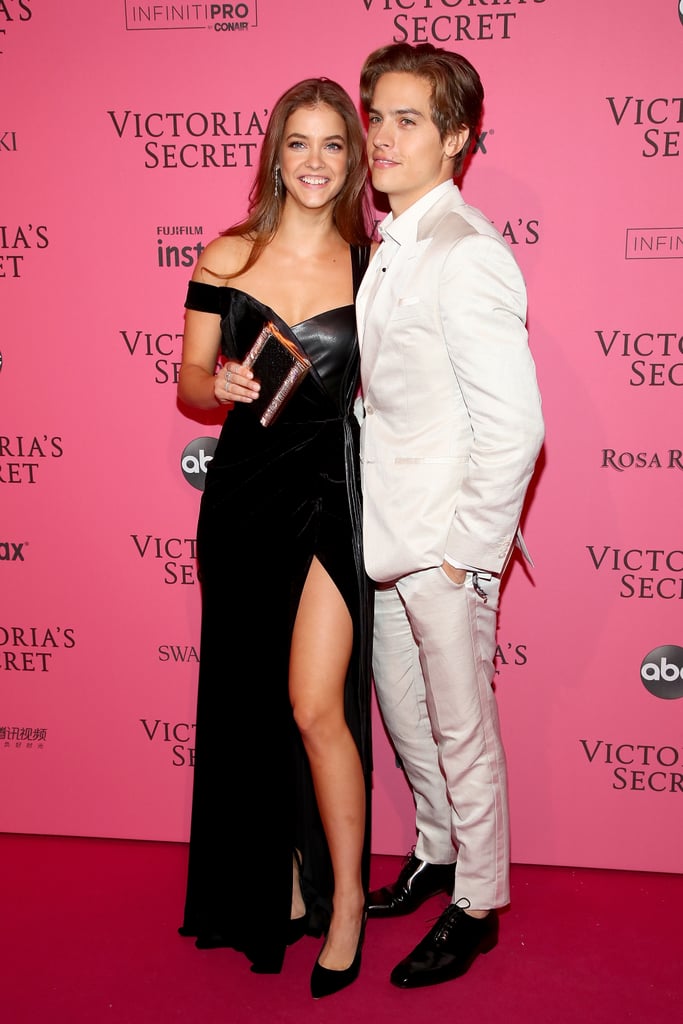 Dylan Sprouse has surely scored some serious brownie points with girlfriend Barbara Palvin! On Thursday, the actor brought burgers to the Victoria’s Secret Fashion Show for her to enjoy backstage. The model revealed to People that the personally delivered Shake Shack had been especially requested by her as a post-show reward. She’s certainly earned it — the event marked her first VS fashion show since taking a six-year hiatus. In addition to proudly parading the meal along the pink carpet, Dylan continued to be a supportive boyfriend during the show. As Barbara strutted her stuff on the runway, Dylan was spotted standing up in the audience and clasping his heart. Aww! See even more sweet moments between the gorgeous pair ahead.