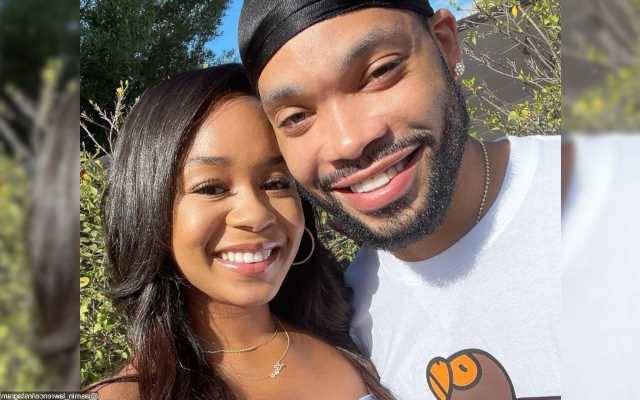 In a sweet birthday tribute, Jasmin Lawrence pens she feels ‘blessed’ to know Eric Murphy, while her boo gushes about being ‘head over heels in LOVE’ with her in his own Instagram post.

AceShowbiz –Eddie Murphy and Martin Lawrence now have a more personal thing that relates them to each other than just their profession. The two comedians may be pondering at their relationship as the in-laws as their children are dating each other.

Eddie’s son Eric Murphy and Martin’s daughter Jasmin Lawrence are an item. The couple is having no intention to keep their romance hush-hush, as she posted a loving birthday tribute to him on Instagram.

“Happy birthday, my love!” so 25-year-old Jasmin wrote on Saturday, July 10 along with sweet pictures of her and her boo. She added, “I’m so incredibly blessed to know you, to love you, and to have you by my side. Cheers to many more blessings, laughs, and beautiful memories! I love you so much!!”

It’s unclear when they started being lovers, but it appears that they have been seeing each other for some time. Last month, 32-year-old Eric declared his love for Jasmin as he posted on his own account his pictures with his girlfriend.

“Head over heels in LOVE with YOU @jasmin_lawrence,” so he captioned the snaps he shared two weeks ago, adding four red heart emojis. He dubbed her “my other half” and added “equally yoked” as well “I love you” in the hashtags. She replied in the comments, “I LOVE YOU.”

Eddie and Martin have not made a public comment on their kids’ romance, but the two have known each other after starring in a couple of movies together. The “Saturday Night Live” alum and the “Bad Boys” actor starred in the 1992 comedy “Boomerang” and appeared together in director Ted Demme’s 1999 comedy “Life”.

Aside from Eric, Eddie has nine other children from his relationships with Paulette McNeely (Eric’s mother), Nicole Murphy, Tamara Hood and Spice Girls‘ Melanie Brown a.k.a. Mel B. As for Martin, he has three daughters in total, including Jasmin whom he shares with now ex-wife Patricia Southall.