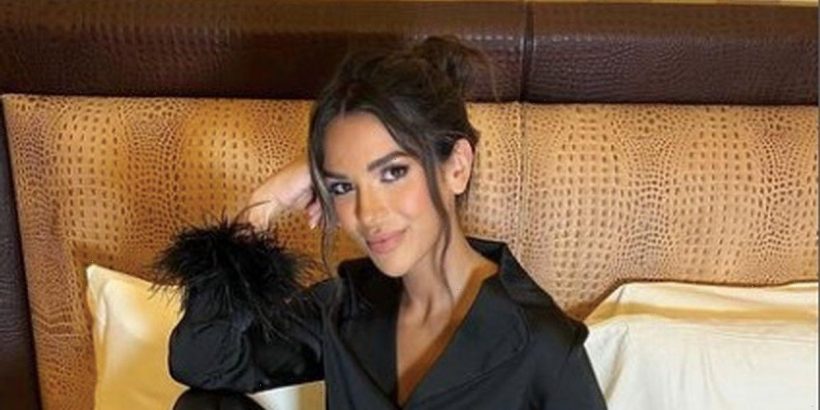 Ekin-Su Cülcüloğlu has claimed that she was offered the hosting job on Love Island following Laura Whitmore's exit, but turned the role down due to work commitments.

The TV star, who won the most recent series of the ITV2 reality show with boyfriend Davide Sanclimenti, made the claims in an interview with PopSugar, with the publication asking if she had been holding out hope for the show's hosting gig, before it was announced that Maya Jama, 28, will be the new presenter.

Ekin-Su replied: "I did get offered. I would've loved to do it, but I can't at the minute because of how busy I am.

"And I said I'm not ready for it . . . I want proper training. I've done presenting before, but not to the level of Laura [Whitmore]."

She also threw her support behind Maya Jama as host, as the 28 year old said: "She's funny, intelligent, smart, beautiful. ITV have made a good choice with picking her, I think."

However, a Love Island source said Ekin-Su's claims are untrue told OK!: "Maya was the first choice for host."

Maya has had plenty of support since she was confirmed as the new host, with Islanders Tasha Ghouri and Andrew Le Page praising her.

Discussing the choice at the NTAs, Andrew said: "I think she’s great. She’s obviously very good at her field and she knows what she’s doing so I think she’ll be perfect for it if I’m honest.

To which Tasha added: "I think she’ll be great."

Maya also has the support of former host Laura, who commented on the Instagram post announcing the news, writing: "Yes girl!! So delighted for you! You’re gonna be fab”, followed by a heart emoji."

And comedian and TV presenter Judi Love said that she believes that Maya will do the show's original front woman, the late Caroline Flack, "proud".

The Loose Women panellist wrote: "I bet Love Island’s original host, the late Caroline Flack, would be extremely proud of what both Laura and Maya have done for the show since she passed away."

Since Ekin-Su's stint in the villa this summer, she has certainly been busy, and currently in rehearsals for the upcoming series of Dancing on Ice, the Turkish actress hasn't shown signs of slowing down anytime soon.

She recently jetted off to New York to launch and promote her new collection with fashion label Oh Polly.

Meanwhile she and Davide, 27, have also been filming a new two-part reality series that will see the popular pair travel around Turkey and Italy.