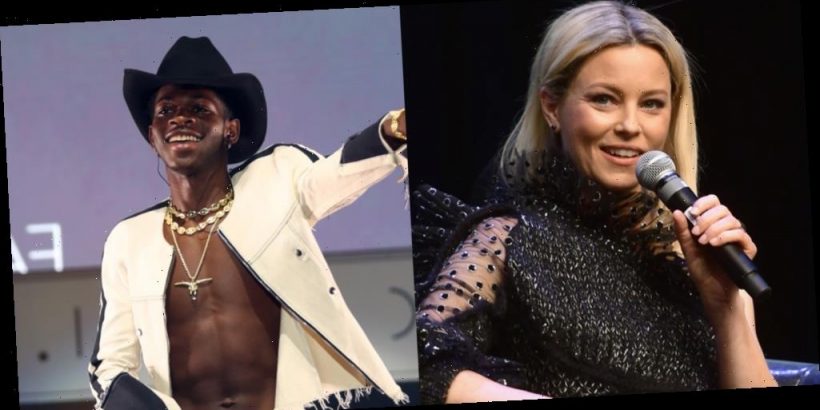 The 47-year-old actress, who played Effie Trinket in the Hunger Games film series, posted a side-by-side comparison of her character with one of the 21-year-old “Montero *Call Me By Your Name” superstar’s characters from his latest music video on her Instagram on Tuesday (March 31).

PHOTOS: Check out the latest pics of Elizabeth Banks

“Honestly, thrilled. @lilnasx you do you #montero,” she captioned the post.

Elizabeth Banks isn’t the only celebrity seeing some stylistic comparisons in Lil Nas X‘s much-buzzed about, controversial new music video: FKA twigs also weighed in after fans drew comparisons to her “cellophane” music video. Here’s what she had to say…