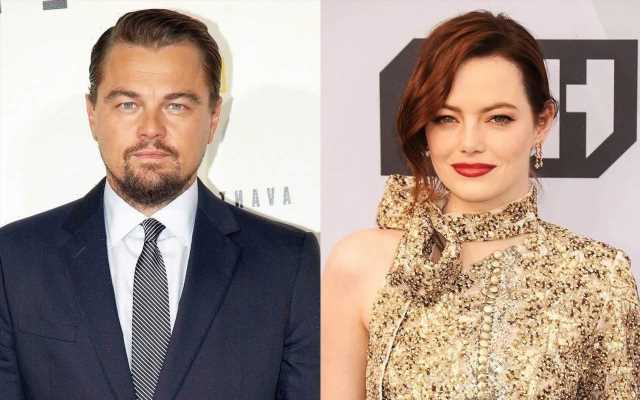 The ‘La La land’ actress recalls being blown away when she received an Oscar from ‘the love of [her] life’ as she reminisces her Best Actress win at the 2017 Academy Awards.

AceShowbiz –Leonardo DiCaprio is all Emma Stone thinks about when she reminisces about her 2017 Oscar win.

The “La La Land” star was presented with the Best Actress honour for the hit movie musical by DiCaprio, and she couldn’t contain her excitement because she had harboured a huge crush on the “Titanic” icon since she was a kid.

Sharing her memory of winning the Academy Award, she said, “Leonardo DiCaprio. That was what was going through my mind ’cause it was him. And I was like, I’d seen Titanic seven-and-a-half times in theatres.’ “

“He was the love of my life. I had a picture of him in my bedroom that was signed, that I had gotten for my birthday when I was like, 12 years old and I was walking to Leo and I was like, ‘This is officially the most surreal moment of my life.’ I could not believe it.”

However, Stone fears DiCaprio finds her a bit strange as she has greeted him like a friend ever since, even though they don’t really know each other.

“I think he probably thinks I’m a little weird, ’cause whenever I see him, I’m kind of like, ‘Hey, how’s it going?’ You know, just in little moments either at the same event or something.”

“He’s very sweet though. But that was truly, that was what was the craziest experience was the fact that it was him (presenting me with the Oscar).”

Stone is still a big fan of the “lovely” DiCaprio, who she admires “so much” as a “fantastic” actor, but there are times when she cannot believe her career highlight coincided with the meeting of her childhood idol.

She added on “The Jess Cagle Show“, “It was the fact that it was someone that I had grown up watching and that I admired so much…”

“And I’d watched him in everything. And then that moment where it’s like kind of…, such a surreal moment as an actor anyway (winning an Oscar). So it just compounded it. And I don’t know, it still feels like it didn’t really occur because… it was him there.”