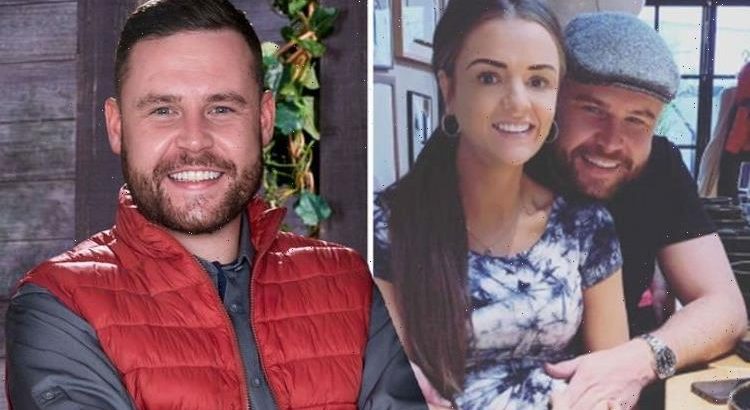 I'm a Celebrity… Get Me Out of Here: Meet this year's celebs

I’m A Celebrity… Get Me Out Of Here! contestant Danny Miller is currently preparing to spend three weeks in Wales’ Gwrych Castle alongside the likes of Louise Minchin and Richard Madeley. The Emmerdale actor, who played Aaron Dingle in the soap, will enter the camp just under a month after his partner Stephanie gave birth to their son Albert.

The 30-year-old said his partner encouraged him to take part on the show as they factored in the positives.

One of the pros of taking part included his fee being put towards providing for the new family-of-three.

After facing fertility struggles, the pair were thrilled to learn Steph had fallen pregnant naturally and welcomed son Albert on October 25.

Announcing the news on Instagram at the time, he wrote: “You have made our life complete.”

The actor said he made the decision to take part on the show after finding out about her pregnancy.

He told The Mirror: “We said, all these dates are now going to be aligned. I was asked back in February to do the show and once I’d said yes and everything had taken a turn.

“It wasn’t signed on the dotted line by any means, but there was a very good chance in February it would happen.”

“[Some] people think it’s out of order, but there’s people who work for a less wage who have to go away and provide for their family who work in the Army, who don’t get contact and don’t get to see them for six months.

“This is three weeks of my life and Albert isn’t really going to remember me being there or not,” he added.

He went on to say his midwife girlfriend was “doing amazing with breastfeeding” and motherhood.

Watching Steph take to being a new mum so well gave Danny the confidence to do the show.

“I can’t speak highly enough of her,” he added.

He also acknowledged he had the rest of Albert’s life to make up for the three weeks he would be away.

Following the news he will be a part of this year’s show, he confirmed he had quit Emmerdale after 13 years.

The show being aired from Wales instead of Australia may have also made it easier for him to take part this year.

Due to ongoing travel restrictions, this will be the second series located at Gwrych Castle.

Since the show began in 2002, the celebrities have camped in a jungle in New South Wales, Australia.

I’m A Celebrity… Get Me Out Of Here! airs Sunday at 9pm on ITV.