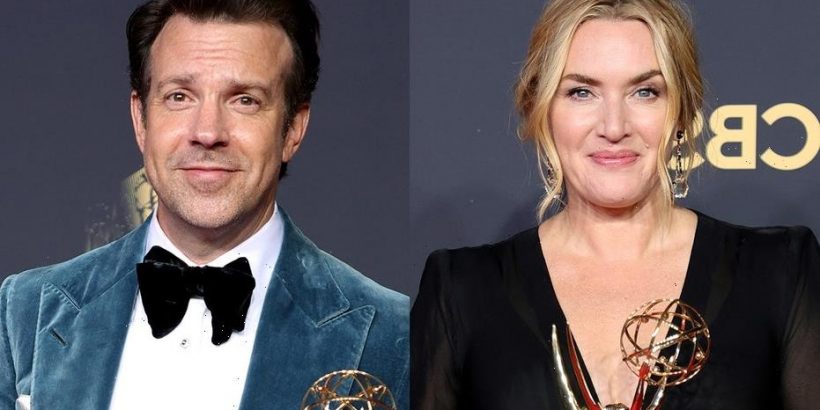 The Emmys ended with a big bang after an evening in which television’s biggest shows and stars were highlighted in show-stopping fashion thanks to host Cedric the Entertainer.

After the show drew to a close, many of the night’s biggest winners hit the backstage press room where they fielded questions from journalists who appeared virtually.

“I think we’re probably going to get drunk,” Winslet, 45, told reporters at the backstage mic before speaking on the challenges she and cast and crew faced when filming the series.

“Honestly, I just feel truly, incredibly happy because the show was so hard, it was so hard for all of us and we were absolutely so united in trying to put this thing together,” she continued. “COVID cut right in the middle, going back to work was enormously challenging and also quite frightening, you know, and we looked out for one another and there was no hierarchy. Everyone was treated exactly the same.” 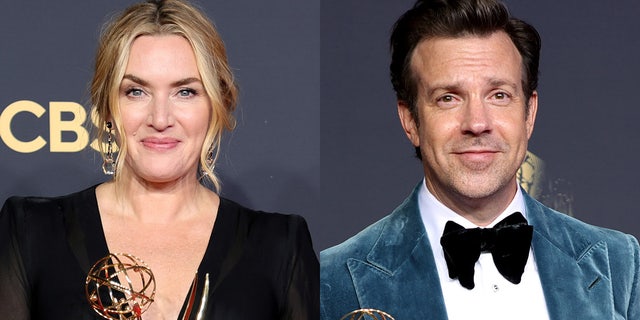 Kate Winslet and Jason Sudeikis were big winners at the 2021 Emmys.
(Getty)

She won her honor for outstanding lead actress in a limited or anthology series or movie.

“That was really important to me and to the other producers,” Winslet maintained of promoting equality across the board while filming the season. “We really did create a living, breathing community that I do think comes through in the performances and in the sort of the rhythm and the essence of the show and I feel very proud of that.”

Winslet pressed in her response how “proud of everyone” and how she was “excited for all the crew” who she believes are “going to be absolutely freaking out.”

“This is going to mean – I can’t tell you – this is going to mean so much to the crew,” she pressed. “I know I’ve been doing this job a really long time, but these moments, they just get more and more special and they mean more all the time to me. These moments will never, ever be wasted on Kate Winslet, I tell you.”

Meanwhile, Jason Sudeikis – who showed up backstage double-fisting two Emmy awards for outstanding comedy series as well as outstanding lead actor in a comedy series – said he and his castmates would be celebrating with a familiar video chat session.

“We’re lucky that we have a bunch of folks in from out of town, some foreigners and so they all had to stay at a hotel locally,” he explained. “We knew which hotel that was ahead of time, so a bunch of us got rooms there, too – and so we will all go to our individual rooms with masks on and Zoom the hell out of each other.”