She also showed off a hint of her toned tummy and her bare back in the sexy outfit, which featured a sleeveless top and floor-length skirt. Glamming up for the night, Kim, who wore her black hair down, sported a stunning diamond choker and several diamond rings. Finishing up her look were a pair of perspex heels. 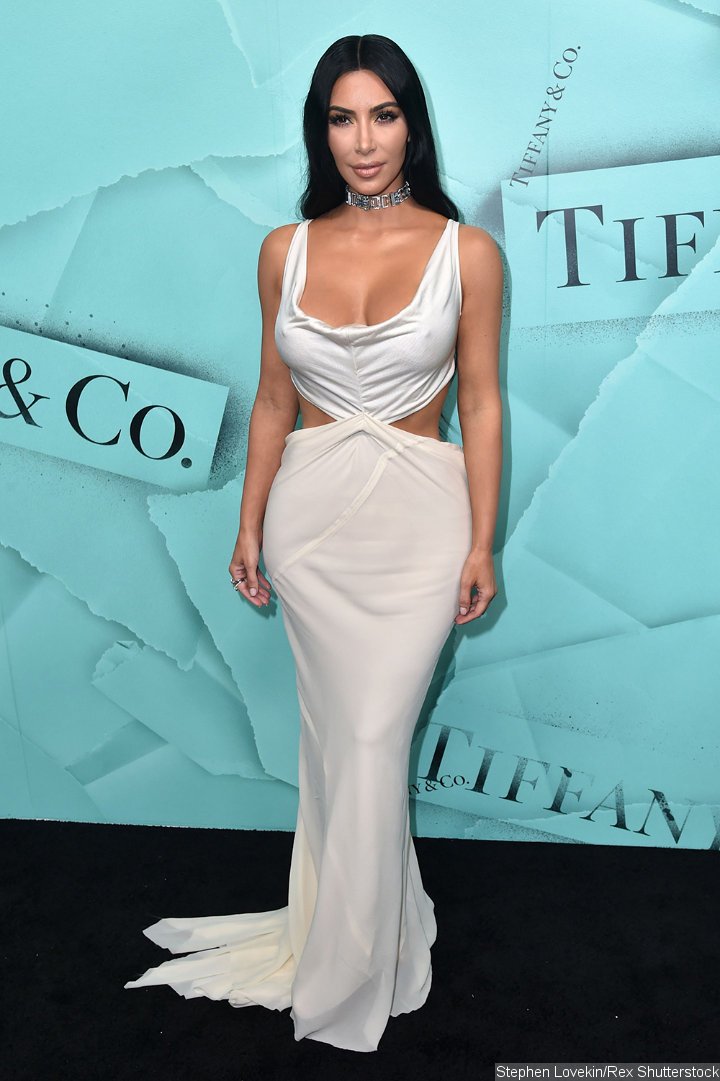 It surely surprised fans to see her rocking so many blings considering she was robbed of jewelry worth millions of dollars in Paris, but the “Keeping Up with the Kardashians” star has explained that the jewelry was borrowed and she beefed up her security for the event. “Look at these jewels I get to borrow for the night I have security with me and they [the jewels] leave me after the night,” she said on Instagram Stories. “I turn into Cinderella.”

Her appearance at the event arrived after she was accused of photoshopping daughter Chicago’s hair and face. In addition to adding desaturated filter on an image of her baby girl with Kylie Jenner‘s daughter Stormi, she appeared to have smoothed out one section of Chicago’s forehead and curly hair.

Fans were left outraged after noticing it, accusing the mother of three of sending a message to her daughter that she should be critical of her own appearance from such an early age. “I feel sorry about the poor child her mom doesn’t see her perfect,” one angry follower commented, while another said, “Wow imagine photoshopping your own children.” One other predicted, “She will give her kids body dysmorphia and it’s sad.”