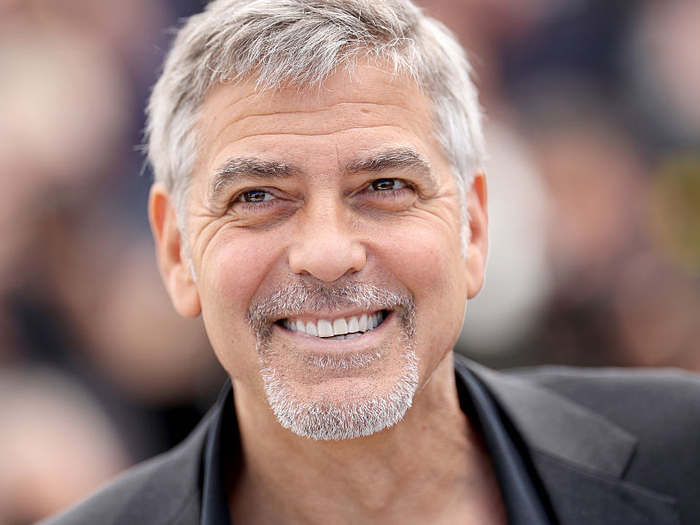 Hollywood star George Clooney has finally revealed the backstory behind his memorable surprise gift of $1 million in cash to 14 of his best friends.

Back in 2017, one of the actor's longtime pals Rande Gerber told MSNBC about how Clooney had invited his closest friends over for dinner one night, only to surprise them each with a suitcase full of cash. Now, in a new profile with GQ, Clooney recounted the full tale from his point of view for the first time.

The great cash-gifting day happened in September 2013, right before Clooney's hit film "Gravity" premiered.  The movie wound up being a "very good deal" for Clooney because he was paid based on percentages of box-office revenue, as was his costar Sandra Bullock. The actor had already met his future wife, Amal Alamuddin, but the two weren't dating. He had no immediate family to dote upon.

"We're all good friends," Clooney continued. "And I thought, you know, without them I don't have any of this. And we're all really close, and I just thought basically if I get hit by a bus, they're all in the will. So why the f— am I waiting to get hit by a bus?"

Clooney came up with the suitcase-of-cash idea, and then needed to figure out how to get $14 million in cash all at once. According to GQ, Clooney's research led him to "an undisclosed location" in Los Angeles where pallets of cash are held for sale.

"So Clooney got an old beat-up van that said 'Florist' on it, like he was in a heist movie, and he drove downtown, and he got in an elevator with the florist's van, and he took the van down to the vault and loaded it up with cash," GQ reporter Zach Baron wrote in the profile. "He told no one but his assistant 'and a couple of security guys that were shitting themselves.'"

According to Clooney's friend, Rande Gerber, this group of friends refer to themselves as simply "The Guys." The actor called up each of "The Guys" and told them to mark their calendars for a dinner party at his house. When they arrived, there were 14 Tumi luggage bags at each place setting.

Clooney gave "The Guys" a speech about how much they had meant to him, and that he wanted to give back.

As Clooney recounted the story to GQ, he noted the "fun" importance of the day he chose to give away the $14 million. Almost exactly one year later to the day, on September 27, 2014, Clooney married Amal.