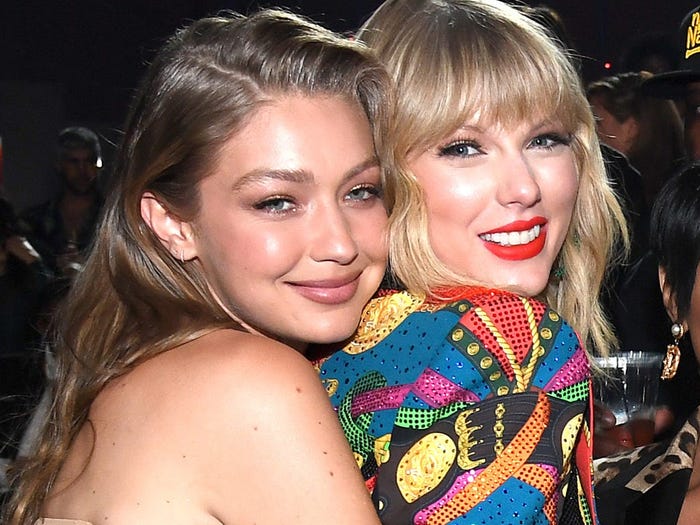 Gigi Hadid shared a new photo of her daughter that she recently welcomed with Zayn Malik, and revealed the sweet gift that friend Taylor Swift sent.

On Friday, the 25-year-old model posted a partial image of her newborn wearing apparel from "auntie" Donatella Versace and holding onto a pink blanket that was handmade by "auntie" Swift.

Hadid and Malik announced the birth of their first child together on Wednesday by posting photos on social media.

"Our baby girl is here, healthy and beautiful," Malik captioned a black-and-white image of his hand and that of their daughter, which he shared on social media.

The singer continued: "To try put into words how I am feeling right now would be an impossible task. The love I feel for this tiny human is beyond my understanding. Grateful to know her, proud to call her mine, and thankful for the life we will have together."

Hadid also shared a photo and said that their baby has "already changed our world. So in love."

Our girl joined us earth-side this weekend and she’s already changed our world. So in love🥺💕

Hadid and the former One Direction singer met at a 2015 Victoria's Secret after-party and went on to have an on-again, off-again relationship. Their pregnancy was revealed by TMZ in April 2020 and Hadid herself confirmed the news during an interview with Jimmy Fallon.

Swift's gift for their baby will come as no surprise since she's been friends with the couple for years.

Malik previously collaborated with Swift for the song "I Don't Wanna Live Forever," which was released in 2017 as part of the soundtrack for the film "50 Shades Darker."

Hadid reportedly met Swift in 2014 at a pre-Oscars bash with mutual friend Karlie Kloss. She would go on to become a member of Swift's "squad" of celebrity pals and appear in the singer's star-studded 2015 music video for "Bad Blood."

The model also joined Swift on stage as a special guest on her concert tour in 2015, spent July 4th with the singer on several occasions, and attended the "Lover" singer's New Year's Eve party in 2019.

Hadid called Swift a "blessing and an inspiration to me and so many" in an Instagram story posted in honor of Swift's birthday in 2018 and was present for Swift's 30th birthday celebration the following year.

In April 2020, Hadid thanked Swift and boyfriend Joe Alwyn for sending her flowers on her birthday.