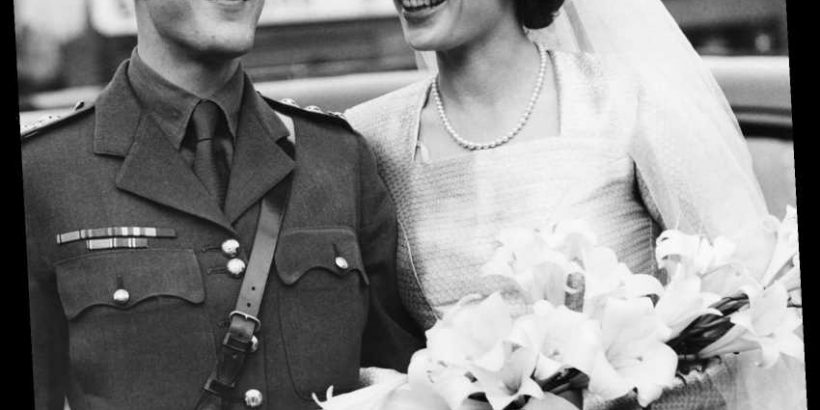 A "glittering" collection of items owned by Lady Patricia Mountbatten, first cousin of Prince Philip, will provide a unique glimpse into royal life when they're auctioned in London on March 24.

More than 350 historied items belonging to the eldest daughter of Prince Charles' mentor, Lord Louis Mountbatten, will go under the hammer at Sotheby's — including a rare diamond, pearl and turquoise-studded decoration for The Imperial Order of the Crown of India, of which Queen Elizabeth is the only living recipient.

Other items being auctioned from the estate of Lady Mountbatten, who died in 2017 at the age of 93, include a diamond and gold bracelet owned by Queen Victoria, which holds a miniature portrait of her adored husband, Prince Albert, as a boy. Elsewhere, the sale includes silver timepieces from Fabergé and Cartier, a quirky diamond-set evening bag in the shape of a pig and a rare collection of Art Deco gems set into a "Tutti Frutti"-style wreath necklace, plus matching dress clips, earrings and a ring.

"Our overriding desire when organizing our mother's affairs is to honor her wishes and celebrate the memory of both our mother and our father," according to a statement from Lady Mountbatten's family released by Sotheby's. "They had discussed these arrangements with us, and we are simply putting their plans into effect. We are of course keeping many things and importantly amongst these are objects which are of sentimental value and much loved," the statement continued.

The phrase "royal insider" doesn't even begin to describe the life of Lady Patricia. Otherwise known as the 2nd Countess Mountbatten of Burma, she was the great-great-granddaughter of Queen Victoria, a friend of King Edward VIII and Wallis Simpson, and the great-niece of Russia's last Tsarina, Alexandra Feodorovna. Her father, Lord Louis Mountbatten – played by Charles Dance in Season 4 of The Crown – was also the last British Viceroy of India, and during her 1946 wedding to Oscar-nominated movie producer, John Knatchbull, 7th Lord Brabourne, she had Princess Elizabeth and her sister Margaret among her bridesmaids (Prince Philip was an usher).

During WWII, Lady Patricia also found herself evacuated from the London Blitz to the relative safety of New York City, where she stayed in the Fifth Avenue apartment of American socialite Grace Vanderbilt. The Sotheby's auction features an array of unique objects drawn from every episode of this hugely varied and glamorous life, many of them once housed at Newhouse, Lady Mountbatten's 18th Century house in Kent. Estimates for the lots range from $110 to $140,000.

"Newhouse was a private place for entertaining only the closest of family and friends, capturing all the magic of a stately home on an intimate scale," says Sotheby's chairman Harry Dalmeny about the sale.

"Through her belongings, many passed down from members of the extended family over the years, collectors have the chance to see the story of the twentieth century unfold and acquire evocative vestiges of a glittering way of life," he adds.