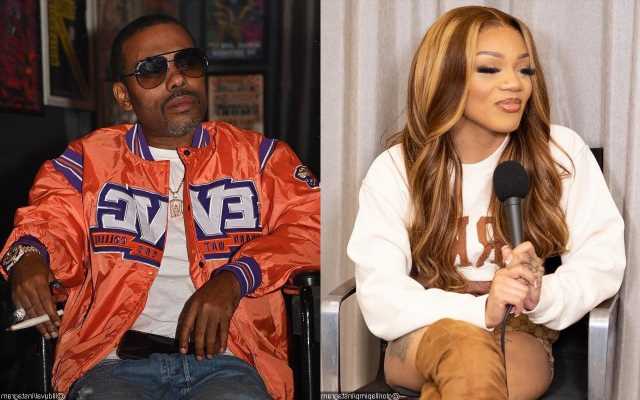 The ‘F.N.F. (Let’s Go)’ raptress, who was born Gloria Hallelujah Woods, claps back at the ‘Meet the Blacks’ actor who appears to shade her over her name on Twitter.

AceShowbiz –Lil Duval was among those who weighed in on GloRilla‘s real name. However, the “F.N.F. (Let’s Go)” raptress, who was born Gloria Hallelujah Woods, wasn’t happy with the comedian’s comments as she fired back at him on Twitter.

“Nobody born after 2000 should be named Brenda, Linda, or Gloria [laughing emojis],” so Duval tweeted on Saturday, October 22. Even though GloRilla was born in 1999, she seemed to feel like the tweet was directed at her.

Clapping back, the Memphis-born femcee wrote back, “Nobody over da age of 45 shouldn’t still have ‘lil’ in they name [laughing emojis].” Noticing that his tweet riled the “Tomorrow 2” raptress up, the “Meet the Blacks” actor responded, “I’m lil tho.”

He went on with the antics as he took the matter to Instagram on Sunday. Alongside a screenshot of his response to GloRilla, he penned in the caption, “Ms Gloria thought she ate [laughing emojis] nice try suga.”

The Shade Room also posted about the two’s unlikely online spat. Duval caught wind of it and further reacted to the matter in the comments section. Insinuating that they were joking around, he said, “Ms Gloria came for me [laughing emojis] i love her btw.”

Some fans, meanwhile, were confused as to why GloRilla was offended by Duval’s initial comment. “She wasn’t even born in the 2000s though, why was she offended,” a fan questioned. “but she wasn’t born after 2000?” another person similarly commented.

Some others were more focused on GloRilla’s grammatical mistake on her tweet. “So nobody finna mention the double negatives she used?” a user said. “I can’t even get past the ‘shouldn’t’ I hate myself sometimes,” one other added, while someone else thought that “Gloria needs grammar…nvm.”