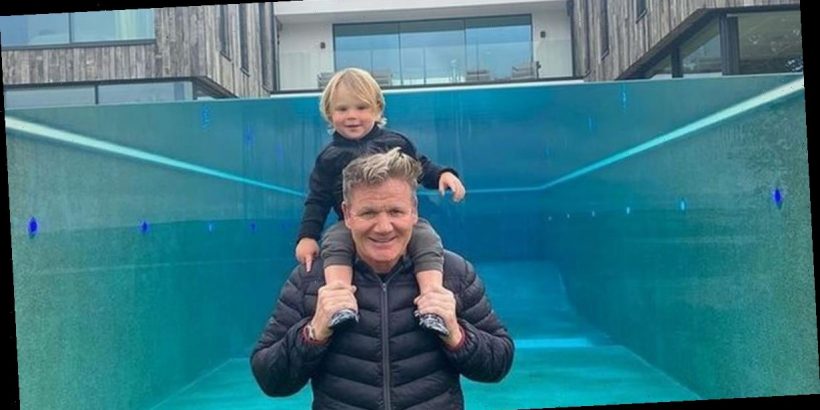 Sharing a video on Instagram, Gordon asked his 11.1 million followers whose ponytail they thought was better out of Oscar and his big sister Tilly, 19.

“Who wore it better? @tillyramsay or @oscarjramsay? #lockdownhair,” wrote Gordon, 54.

Trolls were quick to add their comments, with one writing: “He's got a ponytail? Cut that poor boys hair”. Another added: “Christ give the kid a break and a haircut”. One also wrote: "Cut that little dude's hair!"

But many of Gordon’s fans loved Oscar’s new look and rushed to the comments to praise the tot. One commented: “Defo Oscar, can't beat long hair on a little boy”.

Another of his followers added: “Oscar wins this one” alongside a series of love heart eye emojis, while a third commented: “What a cutie”.

Hitting back at the trolls, one user wrote: "Oh my God, why are people freaking out over Oscar having a ponytail?"

In the video Oscar, who is the chef and his wife Tana’s fifth child, can be seen sitting on a kitchen island and playing with his shoes.

He looks adorable in a red and blue colour block jumper and jeans. Gordon and Tana are also parents to Megan, 23, and 21 year old twins Jack and Holly.

Gordon recently made a dig at neighbours in Cornwall after he infuriated them last year by travelling to his home in the county to stay there for lockdown.

Hell’s Kitchen star Gordon left his London home with his wife Tana and their five children to stay at their £4million home in Cornwall.

Gordon was also reportedly warned by a coastguard for breaking lockdown rules as he was spotted miles from his beachfront home in Trebetherick.

A source told The Sun Online at the time: “We’ve seen him multiple times in several places. We had no choice but to give a warning.“

They added: “I said, ‘Look, everybody knows who you are and this is ridiculous. You are not following the rules. You need to keep your head down and stay indoors’.”

He was also blasted for going on a 60 mile long bike ride around the country, but hit back at the time as he said: “There was no law to say that you had to cycle for an hour and an hour only.”

Nearly a year on from the feud with his neighbours, Gordon has joked he’s poised to see them again.

When asked what he’s most looking forward to once lockdown is over, he told The Sun Online: “Getting back to see my f***ing neighbours in Cornwall.