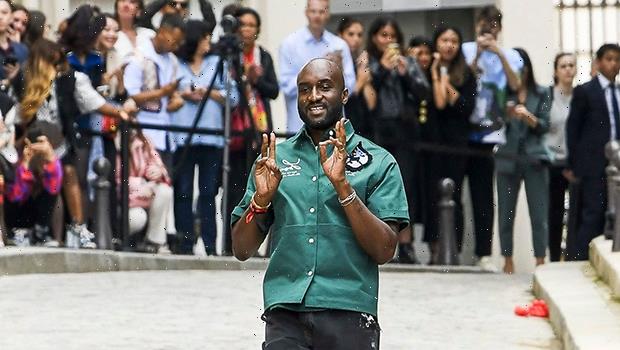 Hailey Baldwin, Pharrell Williams and more shared touching pics and words about fashion designer Virgil Abloh after it was announced he passed away at the age of 41 from a private battle with cancer.

Some of Hollywood’s biggest celebrities are speaking out to honor Virgil Abloh after his shocking passing. Hailey Baldwin, Pharrell Williams, and more stars expressed sadness and looked back on sweet memories with the talented fashion designer just minutes after it was announced he died at the age of 41 after a long private battle with cancer. Some of the posts included lovely pics while others left an impact with just words.

“Virgil completely changed the way I looked at street style and fashion, the way he looked at things inspired me deeply,” Hailey began her post, which included several pics of Virgil standing beside her as she tried on her wedding dress, which he designed. “I will never be able to fully express how grateful I am to have known him and worked with him, from walking on his runways to having him design my wedding dress and all the other amazing moments in between, I felt he was always rooting for me. He was someone who always brought life, charisma, love and fun to any situation, and every room he walked into. A once in a generation creative mind that is so rare and I’ll never forget his impact. We love you Virgil. 🤍”

“My heart is broken,” Pharrell wrote in a tweet. “Virgil you were a kind, generous, thoughtful creative genius, your work as a human and your work as a spiritual being will live forever, Sending love and light to your wife, children, family and day ones, you’re with the Master now, shine.”

Victoria Beckham shared a black and white pic of Virgil along with a heartbreaking message. “A true inspiration in so many ways. Rest in peace @virgilabloh. Sending love and light to your beautiful family 🙏🏼 We will all miss you so very much x,” it read.

Khloe Kardashian also shared white dove and broken heart emojis after the sad news went public, and Odell Beckham Jr. showed his support by writing, “I wish we lived in a world where we could celebrate the living instead of celebrating them when they leave. Rest In Peace to my brother Virgil ! You were loved.”

Alexis Ohanian also shared a message along with a screenshot of a text message he and Virgil had just a few days ago. “Damn. Gutted. @virgilabloh is gone. He just texted me a few days ago… still —just a week ago— pushing me to focus on passion. The world lost an amazing talent today. I had no idea what he was fighting. Please don’t squander your time. I’m trying to do better myself,” he wrote.

“So sad to hear about passing of Virgil Abloh an inspiration to so many and of course an inspiration me. Sending my love to his loved ones,” singer Finneas also shared.

The tributes come after Virgil’s passing was announced on his own Instagram page. “We are devastated to announce the passing of our beloved Virgil Abloh, a fiercely devoted father, husband, son, brother, and friend. He is survived by his loving wife Shannon Abloh, his children Lowe Abloh and Grey Abloh, his sister Edwina Abloh, his parents Nee and Eunice Abloh, and numerous dear friends and colleagues,” part of the post read.