Candace Owens is facing the wrath of angry Harry Styles fans after she dissed the singer for wearing a dress on the cover of ‘Vogue.’

Harry Styles proudly ignores gender stereotypes when it comes to how he dresses, and conservative pundit, Candace Owens, has something to say about it. After Harry wore a dress and skirt for the latest issue of Vogue, Candace took to Twitter to slam the stunning photos. She retweeted Vogue’s tweet with the images of Harry, and issued an uncalled for response.

“There is no society that can survive without strong men,” Candace wrote. “The East knows this. In the west, the steady feminization of our men at the same time that Marxism is being taught to our children is not a coincidence. It is an outright attack. Bring back manly men.”

Although Candace has a loyal group of followers who supported her message, she mostly received an insane amount of backlash for her unwarranted tweet. “You’re pathetic,” Olivia Wilde, who is the director of Harry’s next movie, wrote. Another fan added, “Does this make your small mind feel better?” and someone else tweeted, “Stay pressed that Harry is on the cover of Vogue and you’re not.”

Harry, himself, has not responded to Candace’s tweet. However, t 26-year-old has unapologetically pushed the boundaries with his style choices for years. In his Vogue profile, he explained that he doesn’t like to put “limitations” on what outfits he’s going to wear. “There’s so much joy to had in playing with clothes,” he admitted. “I’ve never really though too much about what it means. It just becomes this extended part of creating something.” 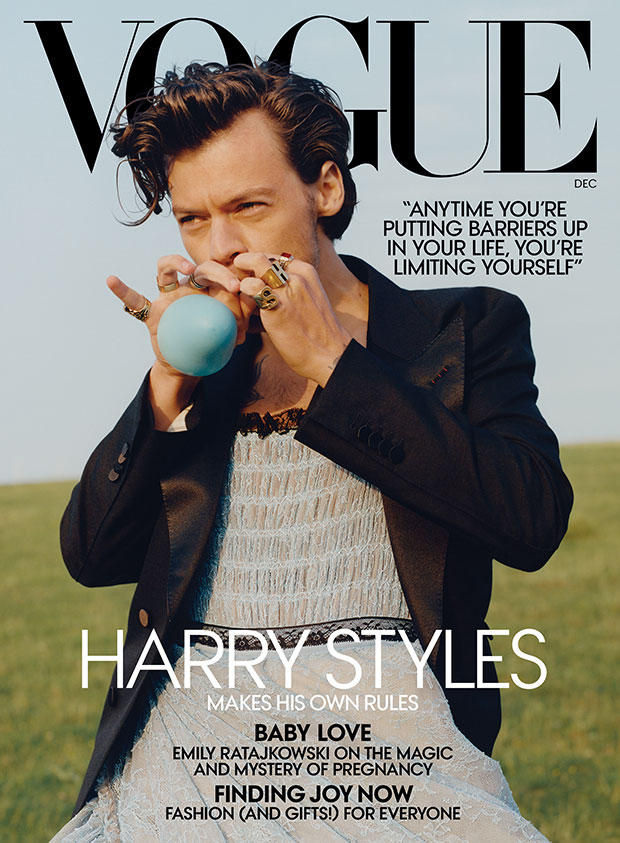 This is not the first time that Candace has publicly slammed a celebrity. As a vocal Donald Trump supporter, she went off on Cardi B for doing an interview with Joe Biden earlier this year. Candace called the interview “one of the biggest insults” and called Cardi “illiterate” in her response. Luckily, Cardi is never afraid to fire back, and she took to Twitter to issue a clap back of her own.

“I have a huge platform and I can make millions go vote to get the MAN THAT USED YOU,” Cardi tweeted. “I don’t want to argue with you Candace, I really don’t have the time. I honestly just feel sorry for you.” Mic drop!