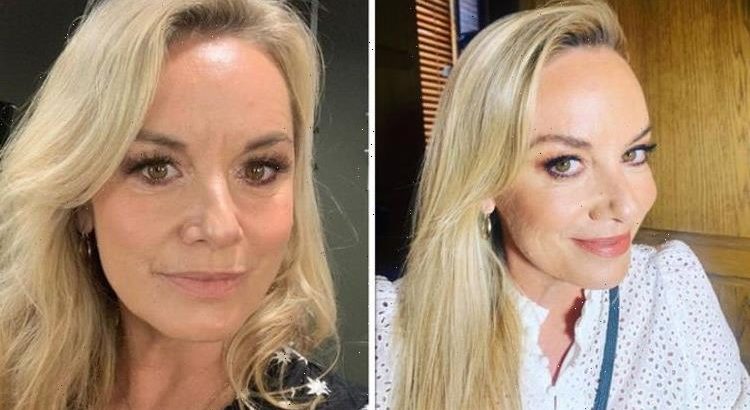 Tamzin Outhwaite spoke candidly about her life in her latest interview with The Sun, where she revealed that the inheritance her mum had left behind after her death went anywhere but to her children since Anna didn’t have a formal written will set in place.

Anna died of an aneurysm in 2018, leaving Tamzin and her family in complete distress since there had been no previous signs indicating that the then-67-year-old was having health issues.

I know what my mum would have wanted, but she didn’t have it written down

“I know what my mum would have wanted, but she didn’t have it written down,” the former EastEnders star expressed.

“My advice is to prevent it happening and write it down, especially if you have property.”

Tamzin and her siblings were subsequently left out of receiving “what was meant for them,” which she believes was the exact opposite of what her mum would have wanted.

She would soon realise that because there was no will in place, there was little she could do about the situation, which of course angered the mother of two, yet it was more so because her mother’s wishes were not being honoured.

Tamzin added: “There were no tears over not getting money but the feeling that my mum’s wishes weren’t carried through.”

In the same interview, the Ilford native gushed that her boyfriend of four years, Tom Child, provided her with endless love and support during a time where Tamzin thought her world was falling apart after her mother’s passing.

The couple, who share a 20-year age difference, first met outside a yoga studio in London and have been going strong ever since, with Tamzin sharing that her beau has recently moved in with her two children, daughters Florence, 13, and Marnie, 9.

Though they’ve been together for quite a while now, Tamzin believes that people probably wonder what she would do if Tom — who supposedly doesn’t want children — eventually changes his mind and hopes to start a family somewhere down the line.

To that, however, Tamzin says she wouldn’t stand in his way, but she’s not looking to have any more children at this point.

“You know that people are thinking, ‘Yeah, but what about when he wants kids?’

“He really doesn’t want kids but if he said, ‘Babe, I really want to have children’, then why would I stop him doing that?”

She added: “I’ve got two. I’ve really got to keep my eye on the ball keeping these two well, alive and healthy. I’m not having any more. No way. I’m done.”

Just a month ago, Tamzin stunned fans when she admitted to having suffered multiple miscarriages in the past, adding that her act of silence made her feel “guilty” for not speaking out.

Tamzin’s comments, which were made on her official Twitter, came after her friend, presenter Myleene Klass, released her documentary, W, on baby loss, with the latter openly sharing how her fourth miscarriage had “nearly broke” her.

“Thank YOU for opening up and talking about it,” Tamzin directly tweeted Myleene.

“I feel guilty for NOT talking about losing many babies as I felt a sense of shame. Never, ever feel shame darling, you didn’t do anything wrong.”