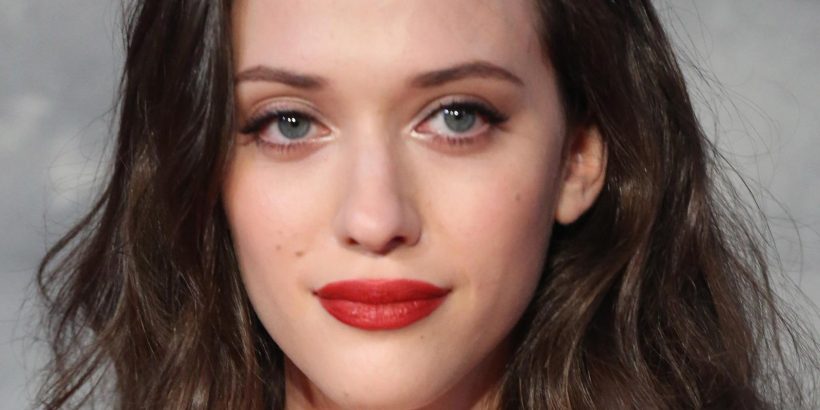 Dennings got her start as a child actress, making her TV debut in a 2000 episode of “Sex and the City” (via Alma). From there she continued to appear on television, playing daughter to Bob Saget in the sitcom “Raising Dad”, alongside future Oscar winner, Brie Larson. Eventually, after additional guest-starring spots on shows like “E.R.”, Dennings made the transition to feature films, memorably playing Catherine Keener’s daughter in “The 40-Year-Old Virgin” and the titular Norah in “Nick and Norah’s Infinite Playlist.”

So when it came time for Michael Patrick King, creator of “2 Broke Girls,” to cast the show, he knew it was Dennings he wanted for the role of Max.

“I don’t think there’s anybody else like her so we basically hunted her down for this. She has a kind of amazing outsider edge. It made everything else fall into place,” King told GQ in 2011.

While Dennings has referred to herself as a “weirdo,” clearly being herself has paid off.

What Kat Dennings is up to now

Most of Dennings’ wealth likely comes from money she made while starring on “2 Broke Girls,” and money she continues to make from the show now that it’s gone into syndication (via Celebrity Net Worth). In fact, Deadline reported in 2012 that TBS had licensed the sitcom for a record-breaking $1.7 million per episode, which means Dennings sees at least some money every time TBS airs an episode of the show. Today, Dennings boasts a net worth of $25 million (via Celebrity Net Worth).

More recently, Dennings has exercised creative control behind the camera as well, acting as an executive producer on the 2019 Hulu show “Dollface”.

“I had a decent amount to contribute from my experience,” Dennings told Who What Wear of executive producing for the first time. “But then I enjoyed sitting back and learning from other departments when I hadn’t dealt with something before. I also wanted to be an ally for the actors, to make sure they knew they could come to me with anything and everything.”

While Dennings has in the past blanched a little at fame, telling the Philadelphia Inquirer in 2011 that being on the covers of magazines “makes me really uncomfortable, but it is part of my job,” but also “if being successful means tolerating a certain amount of being uncomfortable, that’s part of my job.”

With “Dollface,” Dennings has also made helping women’s stories get told part of her job, as well.