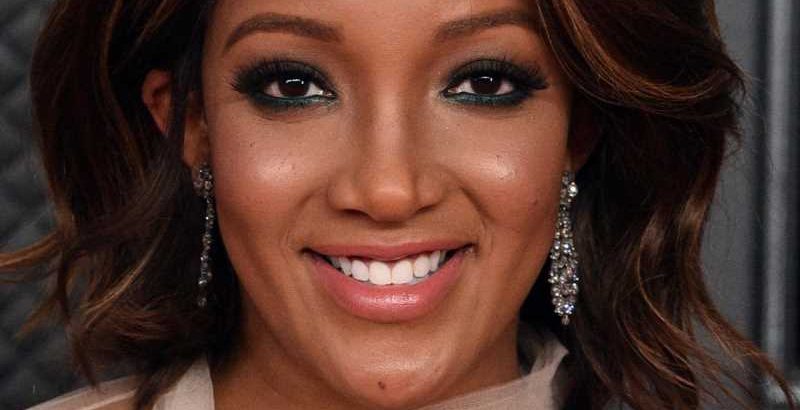 Mickey Guyton is best known for her sultry vocals over classic country tracks, resulting in warm, inviting music we’ll always go back to. Fans are still loving her 2019 single “Hold On,” tied to the soundtrack of the film Breakthrough (via Billboard). Following the true story of a man who survived without a pulse for 45 minutes after falling in a freezing lake, Guyton immediately connected to the plot and got on board to write the song. As listeners embrace the emotional ballad, many would be surprised to know the inspiration behind the lyrics.

According to UMG Nashville, Guyton met with her label to discuss her inclusion in songwriting sessions for movies just six months before writing “Hold On.” Once Breakthrough came along, they sent her to a session to compose a song for the scene where the main character falls through the ice. Guyton described thinking, “I don’t have children, but what would I tell my child if I didn’t think they were going to make it?” Even the initial lines from the first verse, including “When you’re afraid, I’m right beside you / When you’re in the dark, I’ll come and find you” (via Genius) show the mother-to-child inspiration behind the lyrics.

Even the song’s title has an interesting story, as Guyton remembers asking her co-writer Victoria Banks what she would tell her daughters if caught in a similar situation. Banks simply replied, “I would tell them to hold on,” and the song title was born.

All about Hold On's lyrics

Mickey Guyton also explained to UMG Nashville that “Hold On” is meant to be “a prayer,” depicted in the repetitive chorus with lines like, “So, hold on, hold on / Don’t let go / Hold on, hold on / I’ll be your hope” (via Genius). As the country singer described, “when you think that someone you love isn’t going to make it, the first thing you want to do is get on your knees and pray and let them know that you’re here and hold on to me. And that’s how it came about.” The pleading in lines like, “If there’s a prayer I’m gonna pray it / When there’s an answer I’ll be right here waiting,” show Guyton’s belief in the power of faith.

In fact, the Arlington-born singer told Billboard that “it just feels like God has played a part in” the song, stemming from the lyrics’ subject matter and a terrifying situation that happened to her before songwriting. As she explained, before the session, Guyton ate chips that caused “a full-on allergic reaction,” where she was taken in an ambulance and treated with an EpiPen. “Deathly ill” and “sick for an entire day,” creating “Hold On” was an incredible feat Guyton still can’t even believe. Saying the situation was “crazy” since the song was for a “faith-based film,” there’s no doubt Guyton’s beliefs played a part in the gorgeous ballad.