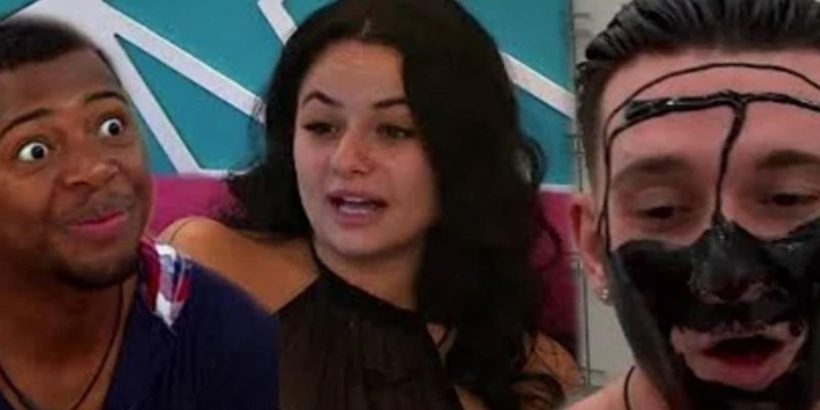 In a time when we have limited interactions IRL – due to the ongoing coronavirus pandemic – and our social life revolves around social media, Netflix’s reality series The Circle is a little too relatable.

For those who didn’t watch Season 1 in 2020, each participant moved into individual apartments and could only communicate with each other through a specially-designed social media app called The Circle. They had the option to craft their social media profile as they wished, and after virtual conversations, games and eliminations, only one of them went home with the big prize of $100,000.

While some contestants chose to present their true identities, others created digital personas or distorted some aspects of who they were to win the ultimate game of catfish. In the end, New York native Joey Sasso won the jackpot, and the hearts of the viewers, since he played as himself and was genuinely a good guy throughout the entire season.

As fans get ready to binge watch Season 2 starting April 14, 2021, here is what some of Season 1’s contestants have been up to since The Circle.

The Circle's winner Joey is working on new shows

The most liked contestant by the show participants and fans, and repeatedly winning the coveted “Influencer” titled in The Cirle, Season 1’s winner Joey Sasso is now a rising star in reality television.

After his lucrative win, Sasso became the co-host of the online series Head or Tails, which discussed with experts the burning questions of the viewers about life during the coronavirus pandemic (via Insider).

Most recently, the Italian-American TV personality announced he’ll be joining the cast of Match Me If You Can, a YouTube-based production by Pepsi and MTV. The new online series is a spin on the traditional dating show and will bring together Sasso and seven other reality TV figures from different franchises to find their perfect partner (via PR Newswire). In an Instagram post announcing his participation in the show, Sasso wrote, “When your boy joins a dating show game you know things are bound to get lit.”

Sammie is on her way to become a behavior analyst

The Circle‘s Sammie Cimarelli is enjoying her new online fame. As fans may recall, Cimarelli – who also played as herself on the show – was the second runner up for the big win during the season finale.

She became a cast favorite thanks to her upfront personality and openness. As of writing, she’s showing all of that realness on her thriving Instagram account with over 950,000 followers. She’s also an ambassador for Rihanna’s lingerie brand Savage x Fenty and collaborates with other brands such as Reebok and Boohoo.

Cimarelli also went back to school to finish her Master’s degree in Applied Behavior Analysis, which she had put on hold to film The Circle. “When I first started my MS program, I was working a 9-5 and overnight at a nightclub, and was getting absolutely zero sleep,” she wrote in an Instagram caption alongside of a photo of herself wearing her graduation cap and gown. “I skipped a semester to film @thecirclenetflix and honestly was losing motivation to finish. The Circle blew up in January of 2020 and all I kept hearing was ‘why are you even going back to school, just quit!'”

The post continued, “I could go on about the obstacles and highs and really low lows, but I’m honestly just relieved to be done lol next stop, BCBA [Board Certified Behavior Analyst].”

Karyn and Antonio stayed in touch after the show

Karyn Blanco, better known as Mercedeze, was one of the participants who played a more strategic version of the game.

The Bronx-native was eliminated halfway through the show because the other contestants accused her of catfishing. Indeed, Blanco pretended to be a woman named Mercedez, who didn’t look like her at all. Though she played a good game, The Circle cast was quick to realize the catfish. After leaving the show, Blanco has been busy with several artistic projects including one that will be showcased at the Museum of Contemporary Art Long Island. As a queer woman of color, Blanco posed for a photo/video exhibition titled “Understanding Me,” which explored “the LGBTQIA+ community and our journey with gender and pronouns.”

In a June 2020 Instagram photo, Blanco is seen hanging out with fellow cast member Antonio DePina, who left the game in Episode 4. He was also the person to discover Blanco’s true identity – after having a crush on her catfish persona.

DePina was a professional basketball player in Europe and now he’s ready to launch his own basketball league in Cape Verde called Praia League (via Refinery29). “Everyone takes from Africa. I’ve seen African players have to go everywhere but Africa to make their basketball dreams come true,” he says an Instagram post talking about his new league. “Even Blacks in America, come play in Africa. I’m creating a league for us.”