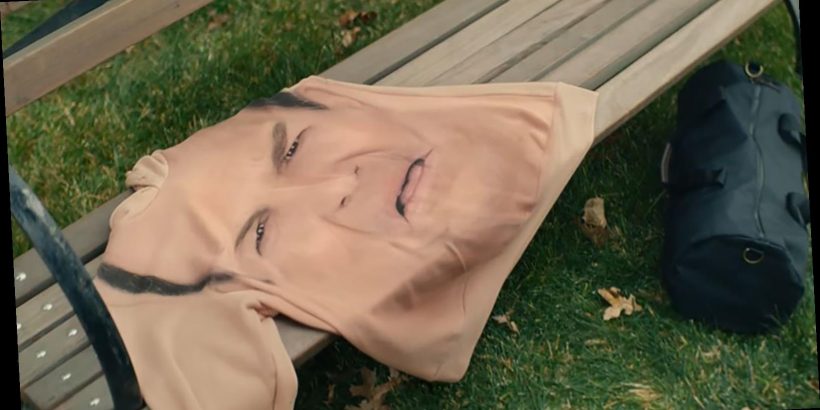 Jason Alexander is best known for his role as George Costanza on the hit ’80s sitcom Seinfeld (via IMDb). But thanks to Tide, he’ll be known by today’s millennials as the guy whose face appeared on a sweatshirt in a Super Bowl commercial (via YouTube) — a fact that, according to People, Alexander is quite happy about.

“It’s kind of like when you’re doing a TV show and they give you the best slot in television,” Alexander told People. “So to get one of those is, first of all, it’s great. But second of all, it’s really flattering to be thought of as someone that can satisfy that audience, because it’s very large, and there’s a lot of competition for who had the best spot that day.”

In the commercial, Alexander’s face is depicted on a teen’s sweatshirt. As the day goes on, his facial expressions react to a variety of gross situations, from being covered in dog drool to being carelessly tossed into a less-than-pleasant-smelling gym bag. “I think I’ve used every facial muscle I have to create those expressions,” Alexander said. “I think there are maybe a dozen expressions in the finished commercial, but I can tell you that there were close to 1,500 photographs taken in that one day.”

Now, let's talk about the song

Sure, the commercial is funny on its own, but for those who are actual fans of Seinfeld, it’s a nostalgic gem. If you’re a fan and unsure of what we’re talking about, here’s a YouTube video that may jog your memory. (Warning for those who are unfamiliar with the show: George Costanza is about to infiltrate your mind for the next month-and-a-half — if not longer.)

In Season 8 (in an episode titled “The Susie”), Costanza is hiding from his girlfriend and leaves a prerecorded message on his answering machine (via Seinfeld Scripts). In the message, Costanza sings his own version of “Believe It or Not,” the theme song from The Greatest American Hero (via The Hits Just Keep On Comin). In Costanza’s version, the song goes a little something like this: “Believe it or not, George isn’t at home, please leave a message at the beep. I must be out or I’d pick up the phone. Where could I be? Believe it or not, I’m not home.”

Now, while you’re humming along to that for the next few days, we’ll be waiting for a Jason Alexander sweatshirt to manifest on Amazon.