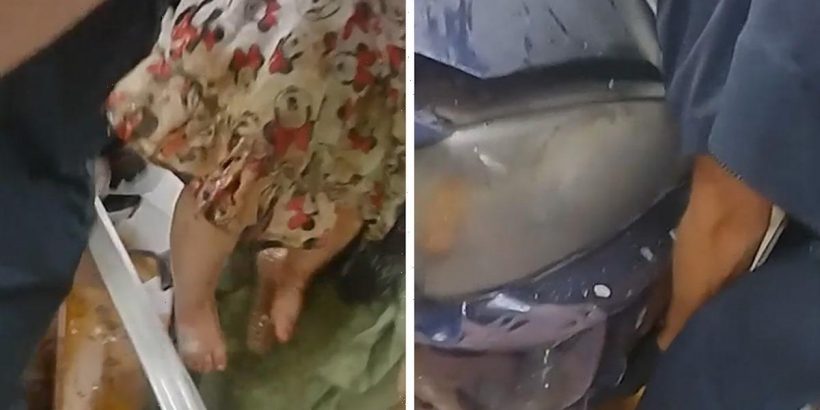 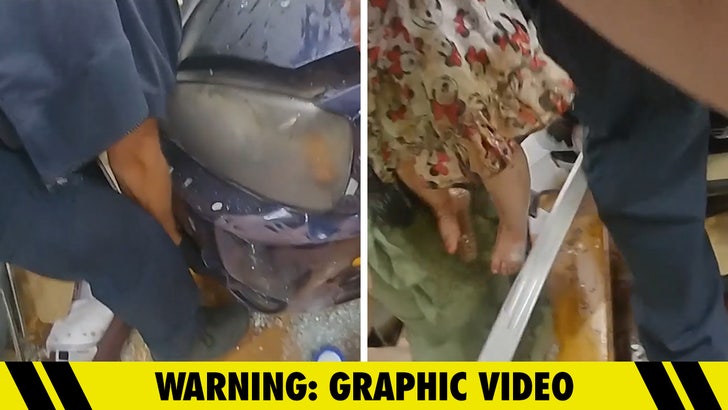 A couple of New York cops are being hailed heroes after this INSANE encounter where they saved a baby girl who was pinned underneath a car — and after watching this video … you might give ’em a round of applause yourself.

This wild episode went down Friday in Yonkers … where a vehicle that was cruising through a not-so-busy street lost control while trying to make a simple left turn at a stop sign — slamming into a parked car, then accelerating into a woman carrying an infant … and then into a building.

The car actually crashed straight into a barbershop … where this lady and her 8-month-old ended up getting dragged into after the vehicle came barreling through the wall, with them on the hood. The 2 cops who saved the day, Officers Fusco and Samoyedny, were at a nearby shop … and responded after hearing the commotion. Luckily, they sprung into action as quickly as they did … ’cause the kid ended up getting trapped underneath somehow!!!

You gotta watch this body cam footage to see what they did. With the help of bystanders, they lifted the car enough to be able to grab the girl and pull her out from under the rubble. You can hear her crying, and her mother screaming, as they finally lift her to safety.

The mother and child are expected to survive their injuries. As for the driver … 43-year-old David Poncurak was arrested for DWI (among other charges) … this after cops say they found an alcoholic beverage inside his car and suspected he was under the influence.