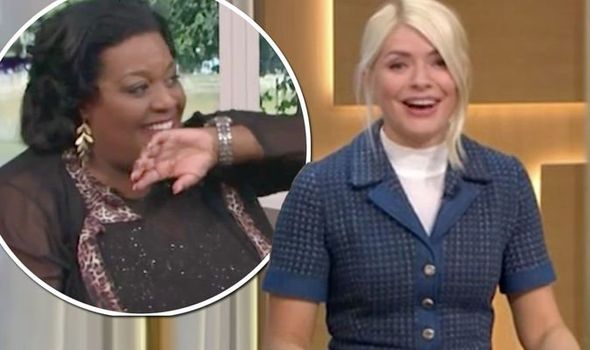 This Morning host Holly Willoughby and Alison Hammond had “crossed wires” on live TV today, with hilarious results. The 39-year-old presenter revealed a behind-the-scenes misunderstanding which caused her and Phillip Schofield to burst into laughter as the cameras began to roll.

Explaining what had happened moments before she went on air, Holly said she thought her co-star had called her Miss Piggy, a character from The Muppets.

The exchange led Alison, 45, who was waiting off-camera, to spit out her drink in a fit of giggles.

She actually likened Holly to 1960 supermodel Twiggy, due to her retro-inspired outfit.

Talking to This Morning viewers at home, Holly began: “Talk about crossed wires. 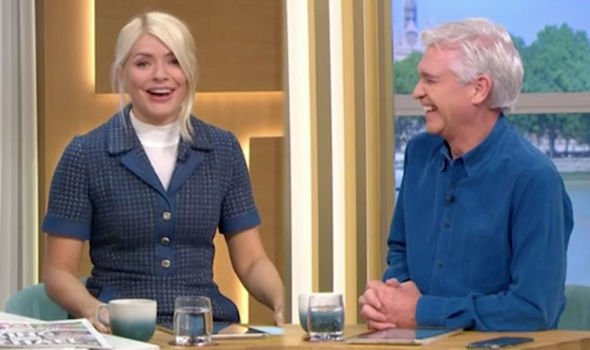 “Alison Hammond, who is just behind my camera there, went: ‘You look nice, like Miss Piggy’.”

The ITV star continued: “And I went, ‘Miss Piggy?!’

“And she said ‘No Twiggy!’” Holly explained.

“Literally three seconds before we went on air and she spat her water out across the room!”

“How to make a girl feel good, thanks very much,” the mum-of-three added. 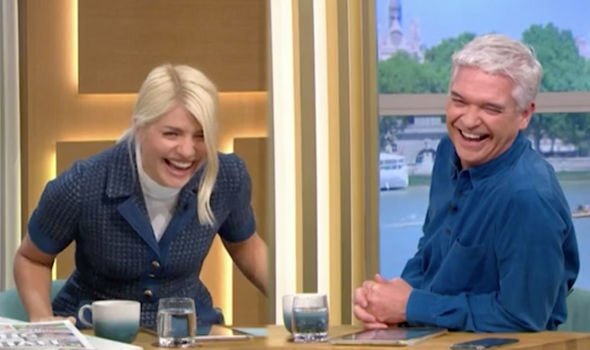 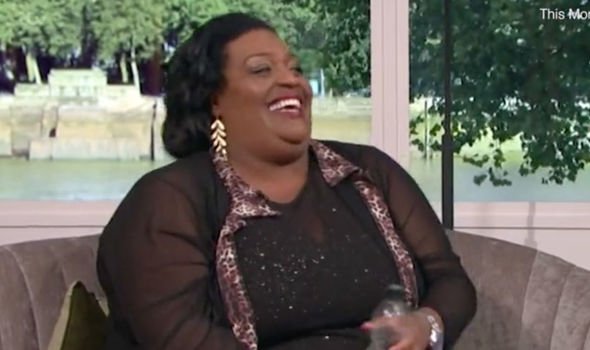 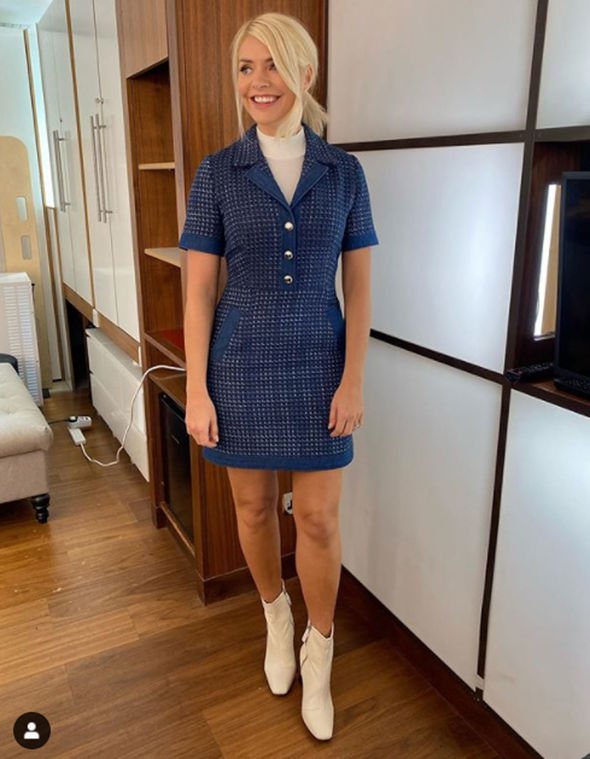 The beautiful blonde, who wore her hair in a stylish low ponytail, teamed the look with a white roll neck top and coordinating ankle boots.

Comparing her outfit to that of a flight attendant, she humorously captioned her daily outfit post: “The exits are [left, right, up, down]… come fly with me at 10am on @thismorning.”

Her Instagram post, which she shared with her 6.9 million followers, continued: “We are doing denim today in our fashion item, denim doesn’t have to mean just jeans!

“Dress by @claudiepierlot roll neck by @allsaints boots by @kurtgeiger.”