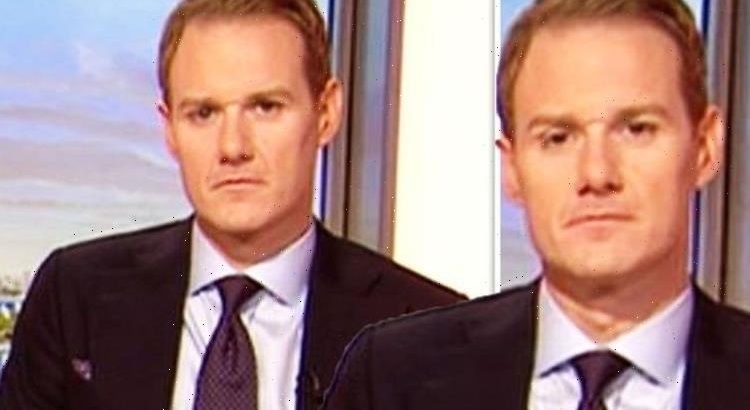 BBC Breakfast presenter Dan Walker has reacted after an eagle-eyed viewer spotted his on-air “struggle” this morning. The broadcaster, 44, was called out for “desperately trying to look alert and awake”, before admitting that he’d only had four hours of sleep last night ahead of going to the BBC studios for work.

How dare you… I had 4 hours last night

In view of his 745,200 followers, the sports journalist jokingly reacted in mock outrage to the observation.

Dan wrote: “How dare you… I had 4 hours last night,” followed by a series of crazy face emojis.

The BBC star was responding to a post from a social media user, who claimed that the newsreader was having a hard time staying awake following his early starts.

Twitter user GarageFlower took to the micro-blogging platform to tell how Dan’s presenting style had left them amused.

They wrote: “@mrdanwalker on @BBCBreakfast doesn’t half make me laugh.

“You can always tell he’s so desperately trying to look alert and awake.

“Like me when I used to get up early for lectures, struggling to keep eyes open.

“You don’t fool me Dan. Get some rest,” they ended the tweet, alongside a thumbs-up emoji.

Following his witty response, Dan’s followers took to the comments to have their say on his sleeping habits.

Glen penned: “I presume you go home and go to bed after work Dan?

“I couldn’t do shifts, I’m an awful sleeper in daylight.”

Another added: “Looking very tired! Same amount of sleep like me.”

This isn’t the first time Dan has addressed his lack of sleep.

Yesterday, the BBC Breakfast presenter took to Instagram to explain how he was hoping to get a good night’s rest after using a sauna.

Dan captioned the snap: “Hoping for a good night’s sleep after this.

“First sauna of the year. No idea why I look so terrified.

The snap featured Dan looking scared while posing in front of a sauna door.

BBC Breakfast is on weekdays at 6.00 on BBC One.