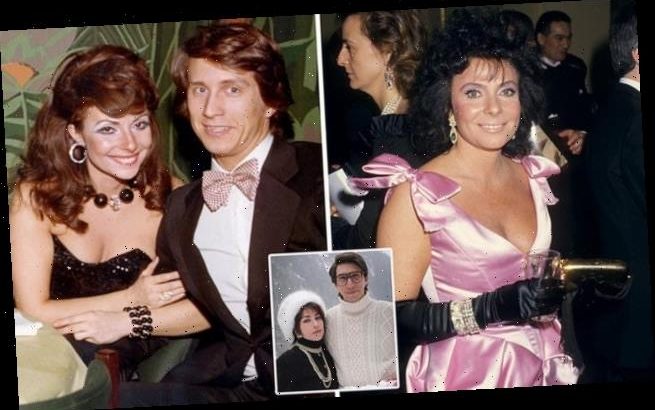 How Gucci’s Black Widow dressed to kill: Penthouses, yachts, Ferraris… she had it all. So why DID the ex-wife of the fashion house’s boss (played in a new film by Lady Gaga) have him gunned down by a pizza chef?

That spring morning had broken clear and warm, and it was just after 8.30am when Maurizio Gucci, handsome scion of the famed fashion house, stepped out of his Milan apartment to make the short walk to his office on Via Palestro 20, just a stone’s throw away from the city’s fashion district.

Clutching a handful of magazines and impeccably attired in a suit, tie and — what else? — Gucci loafers, he strode past the public gardens and headed up the short flight of steps on the way to his office.

Unbeknown to him, however, another man had fallen in step behind him and, before Maurizio could head inside the building to commence another day’s work at the helm of the Gucci empire, the gunman had pumped three shots into his back. As he collapsed on to the red marble floor, the coup de grace was delivered with a final shot to the head.

This shocking act of savagery, in March 1995, soon became one of the most notorious murders in Italy’s modern history, yet for two years investigators struggled to point the finger not only at the assassin, but at whoever had evidently hired him to commit the killing. 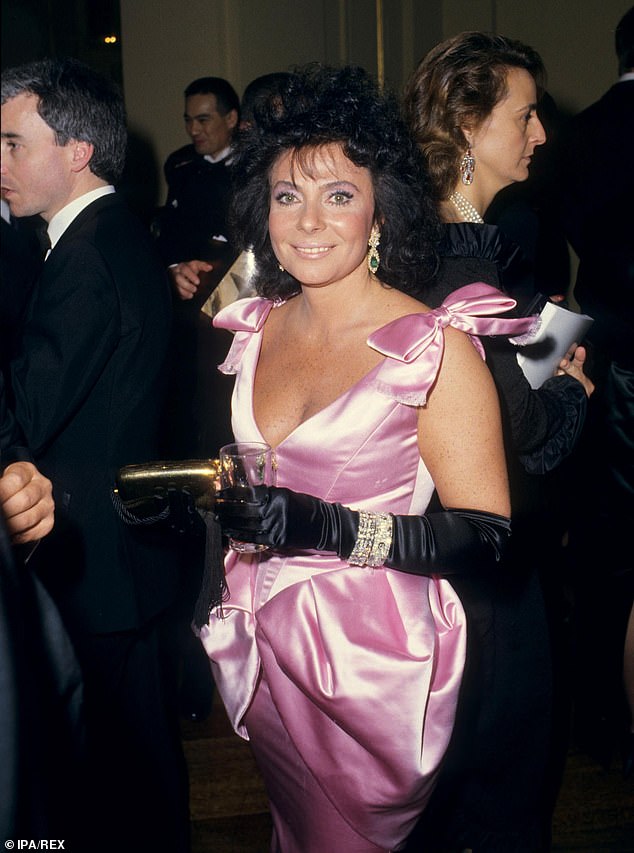 Incredibly, the person who had sought a contract killer to end Maurizio Gucci’s life was the mother of his two children, Patrizia Reggiani (pictured). Unhappy at being paid only £900,000 a year in financial support after their bitter separation, and terrified at the prospect of him remarrying, Patrizia put a hit on her former husband

Had Maurizio run up one debt too many in an attempt to fund his increasingly luxurious lifestyle? Or had there been a fatal rupture within a family known for its bitter internal feuding? In the end, it was neither.

Incredibly, the person who had sought a contract killer to end Maurizio Gucci’s life was the mother of his two children, Patrizia Reggiani.

Unhappy at being paid only £900,000 a year in financial support after their bitter separation, and terrified at the prospect of him remarrying, Patrizia put a hit on her former husband.

This incredible story — a blend of high glamour, money and brutality — has now come into focus once more with the release yesterday of the first photo from the set of House Of Gucci — a dramatisation of the events leading up to Maurizio’s murder.

The tale has everything one would imagine of a design label synonymous with luxury, not to mention a villainess whose turn of phrase could give satirist Dorothy Parker a run for her money. 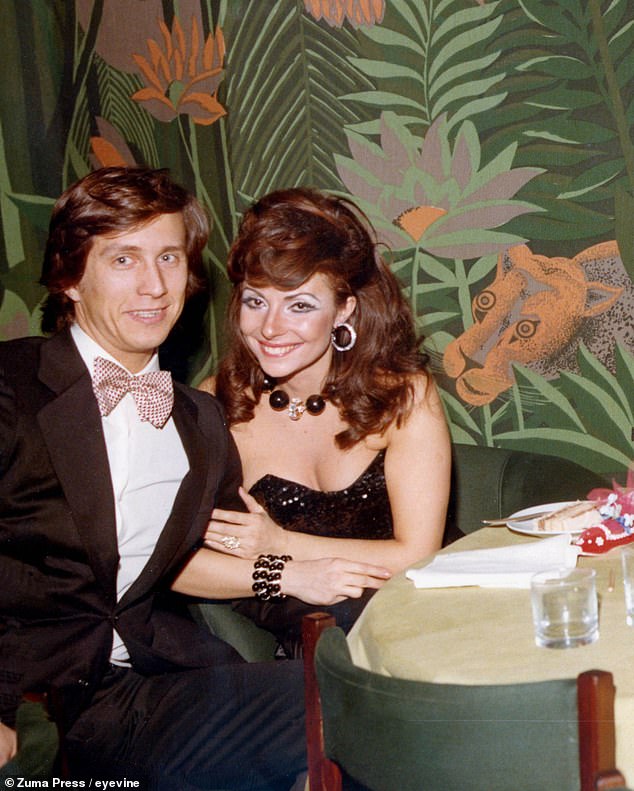 When Patrizia (pictured) was eventually found guilty of commissioning the hit on her husband, it was rumoured that Gucci stores throughout Italy symbolically hung sets of silver handcuffs in their windows

As Patrizia explained when asked by a reporter why she didn’t undertake the hit herself: ‘My eyesight is not so good. I didn’t want to miss.’

Dubbed the Black Widow by the Italian press, Patrizia Reggiani’s 1998 trial captivated and horrified the well-heeled denizens of Milan in equal measure.

The Gucci brand, popularised by icons such as Elizabeth Taylor, Grace Kelly and Sophia Loren, suddenly found its name tainted with scandal.

When Patrizia was eventually found guilty of commissioning the hit on her husband, it was rumoured that Gucci stores throughout Italy symbolically hung sets of silver handcuffs in their windows.

Yet the love story between Patrizia and Maurizio had started, as they all do, so promisingly. They met at a party in Italy where Maurizio reportedly asked a friend, ‘Who is that beautiful girl dressed in red who looks like Elizabeth Taylor?’

And as Patrizia claimed in a later interview, ‘he fell madly in love with me. I was exciting and different.’ Indeed, the two were very different. Maurizio was the grandson of Guccio Gucci — founder of the eponymous fashion house — while Patrizia came from rather more humble beginnings.

Her mother Silvana had been a waitress who later married Ferdinando Reggiani — an older, wealthier man who had made his fortune in the haulage business.

He subsequently adopted her daughter Patrizia and showered them both with gifts such as mink coats. Indeed, so quickly did Patrizia grow accustomed to the finer things in life that years later, when Maurizio embarked on his courtship and arrived at her doorstep in a small car, she considered him a ‘loser’.

After agreeing to date him, she insisted he buy her a Ferrari.

After his mother died when he was just five years old, his father Rodolfo, formerly an actor in Italy, ran the Gucci company with his older brother Aldo (Maurizio’s uncle), and was so concerned that Patrizia was marrying his only son for his money that he cut off Maurizio’s funding and entreated the Cardinal of Milan to call a halt to their planned wedding. But to no avail. 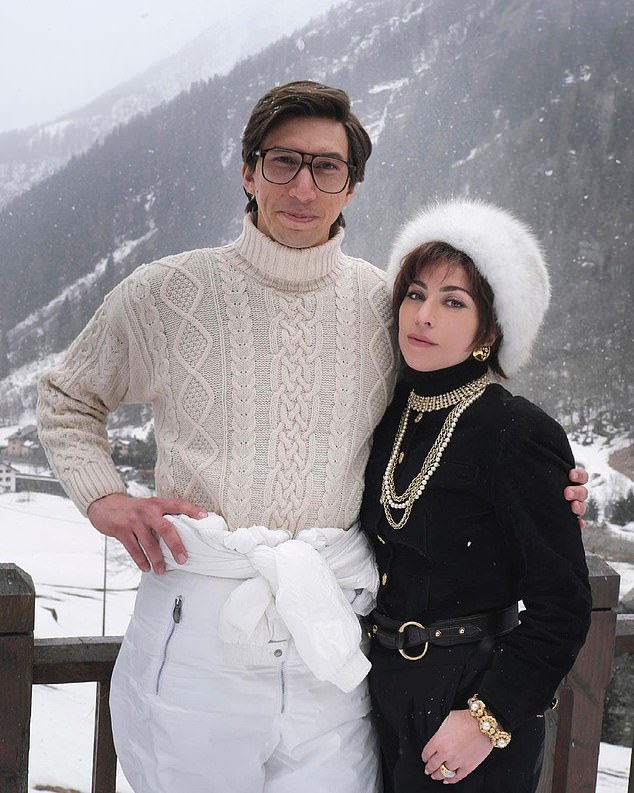 Maurizio and Patrizia married in 1972 when both were around 24 and subsequently had two daughters — Alessandra and Allegra.

For a decade at least, the couple were happy and even Rodolfo (played in the movie by Jeremy Irons, with Al Pacino playing his brother Aldo) softened his stance after the birth of his grandchildren, buying the family several properties, including a luxury penthouse in New York’s Olympic Tower.

The city became a favoured stomping ground as the Guccis socialised with Jackie Kennedy Onassis and the Kennedy kids, and tootled around Manhattan in a car complete with their number plate ‘Mauizia’.

There were lavish parties, totally befitting the excesses of the Eighties, and trips to private islands on their yacht, The Creole. There was also a home in Acapulco and a ski chalet in St. Moritz, whose surroundings, one imagines, were not dissimilar to those in the new image featuring Lady Gaga and Adam Driver.

But then things started to sour. In 1983, Rodolfo died, and as Maurizio took control of the family business, it soon began to flounder.

This, according to Patrizia, was due to the fact that he ‘stopped listening to me’ and lacked any kind of original thinking. Or as she more colourfully put it: ‘My husband was like a pillow — he carried the imprint of the last one who sat on it.’ 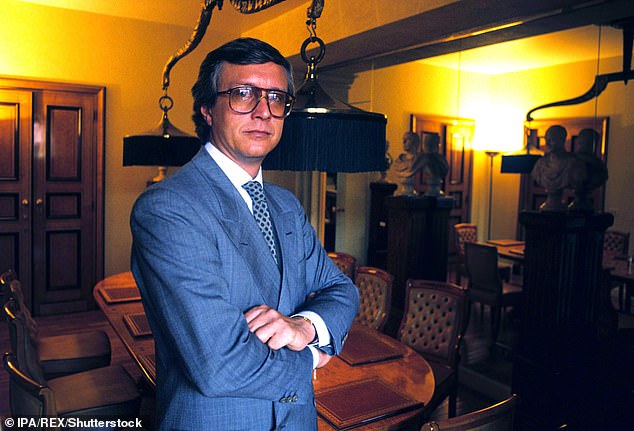 Perhaps sensing a lack of support on the part of his wife, in May 1985 Maurizio packed his bags for a business trip to Florence and never returned.

But if her doubts about her husband’s business acumen eventually proved correct (in 1993 he sold his holding in Gucci to a Bahrain-based investment company for $170 million), worse was to come.

Most worrying for Patrizia, however, was the fact that Maurizio was due to marry Paola Franchi, a younger, glamorous blonde.

As subsequently emerged during the trial, Patrizia feared if Maurizio remarried, the power, money and status she had acquired would disappear and that should the couple have children, her daughters’ inheritance would disappear, too. Something had to be done.

That something, it later emerged, came in the shape of Benedetto Ceraulo, a debt-ridden pizzeria owner, who wanted the six-figure price that had now been put on Maurizio Gucci’s head. 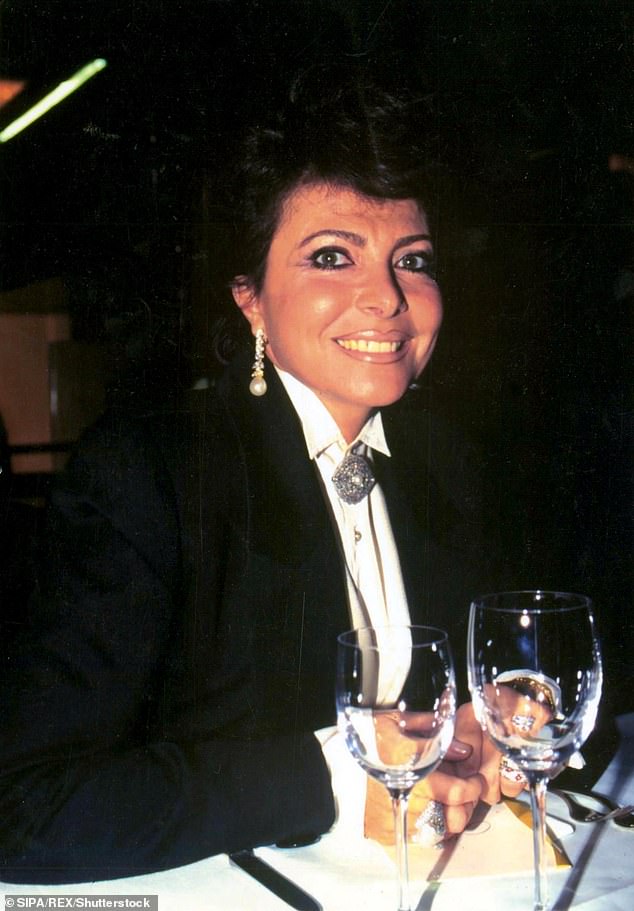 Though they had divorced in 1991, Patrizia continued to refer to him as ‘my husband’ and after dismissing a settlement of £2.5 million plus £650,000 per year as ‘a mere bowl of lentils’, she ended up with £900,000 a year in financial support

Despite the fact he was hardly a criminal mastermind, the authorities struggled to piece the clues together. Investigations initially focused on Maurizio’s many business enemies and irregularities in his own dealings.

He had run up many debts thanks to his extravagant lifestyle, and had even been accused by his own family of faking his father’s signature in order to acquire the Gucci fortune.

But his lover Paola continued to suspect Patrizia had a hand in his murder, and after receiving an anonymous tip some two years after the murder, police were finally forced to follow that lead.

As it turned out, Patrizia hadn’t sufficiently covered the tracks of her ire towards her ex-husband.

On the day her husband was gunned down she had written the word Paradeisos (Greek for Paradise) in her Cartier diary.

In the documentary Lady Gucci: The Story Of Patrizia Reggiani broadcast this year, she admitted, ‘I was furious with Maurizio [after the divorce]. I went around asking everyone, even the local grocer: “Is there someone who has the courage to murder my husband?”’

In the end it wasn’t the grocer but the pizza guy who helped her carry out the plan. When the case went to trial in 1998, conflicting stories began to emerge.

A longstanding friend of Patrizia, Pina Auriemma — a high society psychic, no less — who had been struggling with debts herself, claimed that ‘in a moment of weakness’ she gave in to her friend’s requests to find a hitman.

For her part, Patrizia, who showed up at the trial swathed head-to-toe in Gucci clothing and accessories, claimed Pina hired the hitman without her authorisation and had then blackmailed her after the murder had taken place.

Yet Pina the psychic failed to foresee what was coming: she was sentenced to 25 years for her part in organising the crime.

Benedetto the hitman was given a life sentence and the getaway driver and a night porter also involved in the murder were sentenced to 29 and 26 years in prison respectively.

As for Patrizia, she was handed a 29-year sentence, despite her lawyers arguing she would have been unable to plot such a crime on account of an operation she had in 1992 for a brain tumour.

Paradoxically though, she confessed, ‘I didn’t think they would have caught me.’

Patrizia spent her time in Milan’s San Vittore Prison sleeping ‘a lot’ and taking care of her plants.

She was even allowed to care for her pet ferret Bambi there — a special privilege negotiated by her lawyers — although Bambi was to suffer an unfortunate demise when a fellow inmate accidentally sat on him.

In 2011, Patrizia turned down the opportunity of being moved to an open prison where inmates were expected to work, saying: ‘I’ve never worked in my life and I’m certainly not going to start now.’

While her sentence was reduced to 26 years on appeal, she ended up serving just 16 years until her eventual release in October 2014.

After her release she continued to court attention by strolling around Milan with a pet parrot on her shoulder. A court ruled she was still entitled to the £900,000 a year from her murdered ex-husband’s estate, and awarded her £16 million to cover her time in prison.

She once opined: ‘I’d rather cry in a Rolls than be happy on a bicycle.’

Now 72, she shares her home with her parrot and dog and, while suitors have come and gone, she astonishingly claims the man she ordered killed was her ‘only true love’. Her daughters Alessandra, 44, and Allegra, 40, who were last believed to live in Switzerland, have little to do with her.

Having lived a life as colourful as any Gucci print shirt, one would imagine Patrizia is thrilled at having the flamboyant Lady Gaga portray her on screen.

Yet when asked on the Italian TV show Storie Italiane how she felt about the movie, her reply was uncharacteristically circumspect.

‘I have two daughters,’ she replied with some dismay.

‘I don’t like that they relive their father’s situation.’

Whether they like it or not, the extraordinary story of their mother’s monstrous jealousy is about to become infamous all over again.

House Of Gucci will be released later this year.