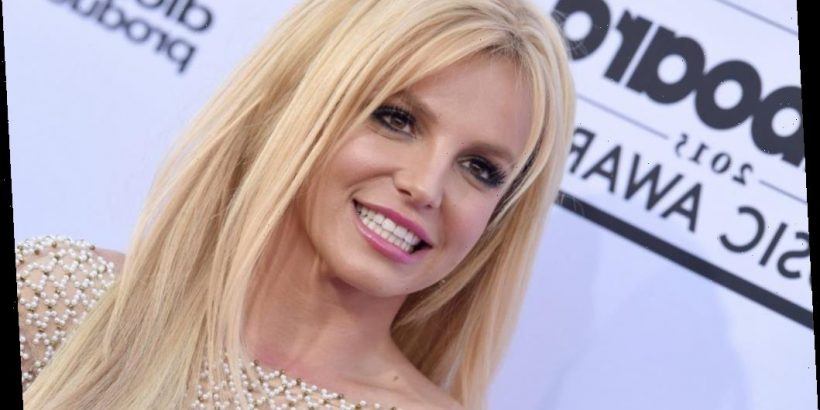 Britney Spears is one proud mama!

On Mar. 1, the pop star shared a rare photo of her kids on Instagram, gushing in the caption about how fast they are growing up. Since Spears doesn’t post about her family life often, people might not know too much about her children, including how many she has and their ages.

So here’s everything you need to know about the singer’s kids and their relationship with their famous mom.

For those of you who don’t know, Spears is a mother of two sons, whom she shares with her ex-husband Kevin Federline.

“We are ecstatic to announce the birth of our son!” the Grammy winner wrote on her website in 2005 (per Us Weekly). “Everyone is happy, healthy and doing wonderful. Thank you for all your love and well wishes!”

A year later, Spears gave birth to her and Federline’s second son, Jayden James. “Everything is great,” she told Access at the time.

In November 2006, Spears filed for divorce from Federline, citing irreconcilable differences. Their divorce was finalized in July 2007 when the pair reached an amicable settlement in which they agreed to share joint custody of their two kids.

However, several months later, the court granted Federline sole physical custody of Jayden and Sean due to the singer’s “habitual, frequent and continuous use of controlled substances and alcohol,” according to StyleCaster.

The pop star and K-Fed’s custody drama continued into 2008 when she refused to relinquish custody of their children and locked herself in a room with Jayden.

After the children were returned to Federline, the “Drive Me Crazy” singer was hospitalized at Cedars-Sinai Medical Center. According to media outlets, Federline was eventually given “sole legal custody and sole physical custody” of their kids, while Spears only received visitation rights.

Britney Spears has 30 percent custody of her sons

After Spears’ conservatorship was created, she and Federline were back to 50-50 custody of Sean and Jayden.

However, in September 2019, Spears and Federline adjusted their custody agreement again, with the DJ receiving 70 percent custody of their two boys while Spears got 30 percent unsupervised custodial rights.

Though both agreed on the arrangement, insiders later reported that the pop star was on a “mission” to get more time with her sons.

“Britney would love to have more custody of the boys. She hates that Kevin has them more and she feels like it’s a very lopsided arrangement that is not fair to her,” a source told E! News. “She is their mom and these are important years in their lives that she wants to be there for them. She feels she should have them just as much time with them as Kevin.”

Britney Spears’ has been spending ‘less’ time with her kids lately

Since reaching their final custody agreement, Spears has “periodically” spent time with her sons, seeing as they don’t have a “set schedule.”

“She used to have more time with them until Kevin altered their custody arrangement after the incident with Jamie. Since then, the boys’ visits have been less frequent,” a source tells Us Weekly. “They spend most of their time at their dad’s house and have very few visits with their mom, especially overnight ones…They are teenagers now and want to be with their friends, not their parents.”

The insider continued, “It’s nothing against Britney; they love and idolize her, and Kevin trusts her. It’s just that they’re getting older, so when they’re not at their main home with Kevin, they’re usually out doing things with friends.”

Though Sean and Jayden would rather hang out with people their own age, they still spend quality time with their mom. In fact, just recently, the two boys and their superstar mama enjoyed some family time outdoors, which she documented on her Instagram.

Along with sharing two photos of her standing between her boys in a grassy field, Spears also shared a caption gushing about her teenage sons.

“It’s so crazy how time flies …. My boys are so big now!!!!” she wrote. “I know … I know … it’s very hard for any mama especially a mama with boys seeing them grow up so fast !!!! Talk about enough to make you go to your knees … GEEZ !!!! I’m extremely lucky because my two babies are such gentleman and so kind that I must have done something right!!!!”