Keeping the spark alive! After almost 13 years of marriage and five children together, Tori Spelling and Dean McDermott still make time for romance, no matter what. “Finding those moments in the crazy-busy day to make eye contact, to kiss, to say ‘I love you,’ to touch in some form, I just feel like that’s really important,” the 90210 alum, 45, told Us Weekly at McDermott’s recent Tapout Fitness boxing class.

“If you go through your busy life – we’re working, we have kids – if you don’t take a moment, you’ll realize the entire day is gone, and you haven’t had that moment together and then it’s over. So we make sure we do that on a daily basis now,” continued Spelling. She also noted that improving their communication skills has “changed everything” for the parents (they share kids Liam, 11, Stella, 10, Hattie, 7, Finn, 6, and Beau, 23 months) in recent years. 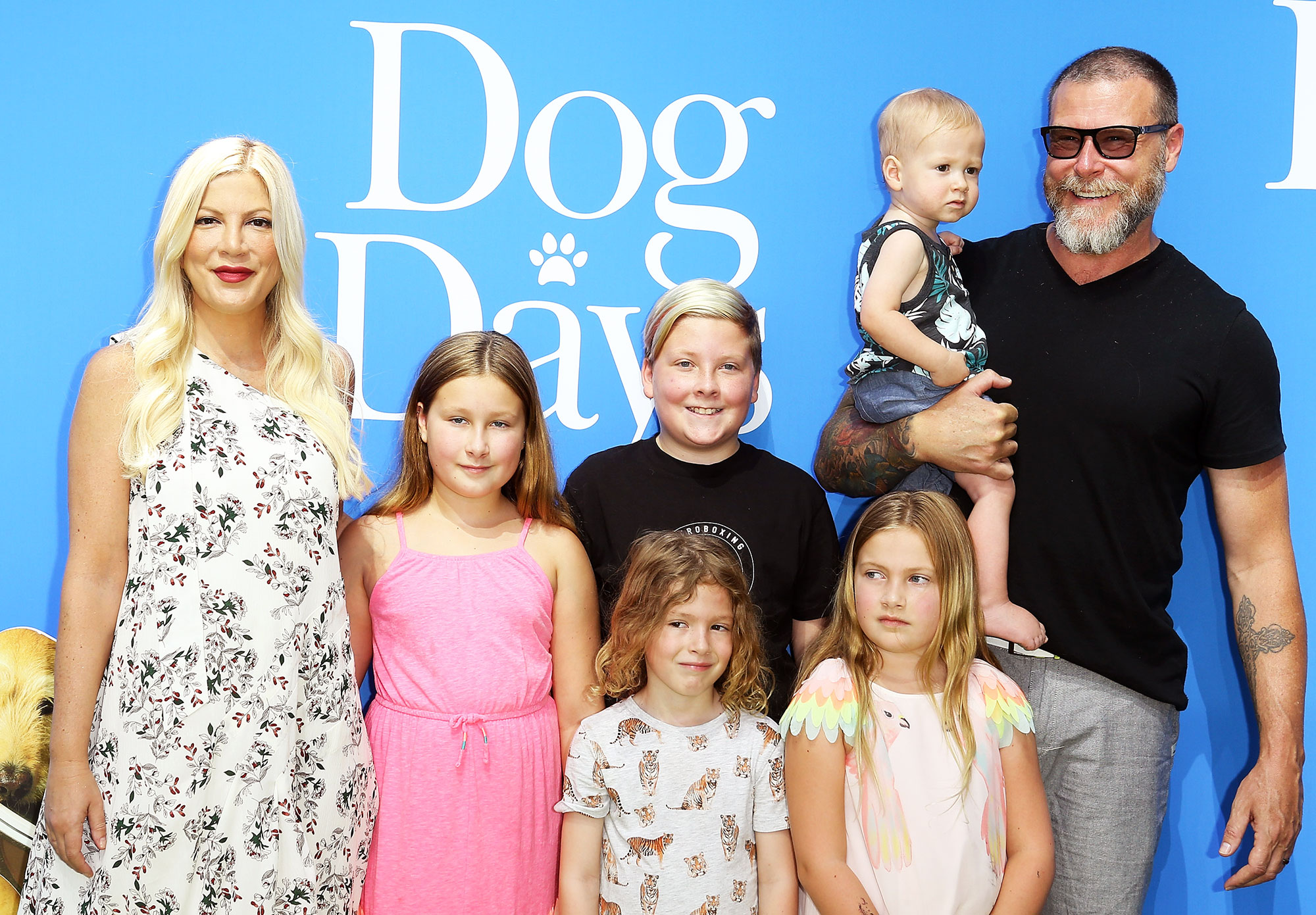 “We started this some years back,” explained the Masked Singer contestant. “We communicate now, I have a voice. He probably hears too much of it but he [is so] good at listening. Women like to talk and over-explain.”

For McDermott, 52, there’s one more special thing that keeps their relationship exciting. “I have to touch her butt every day,” he said. “It started on the red carpet. It started off as a nervous thing because she was so used to red carpets and I got thrust into it and my hand just went to her butt, and I was like, ‘Ahh, such a safe place, I’m okay now.’”

When asked about the possibility of expanding their brood, the The Last Sharknado: It’s About Time actor said, “I’m good!,” but noted that his wife sometimes “has this gleam in her eyes like ‘I can do more.’”

While Spelling played coy about the possibility of having another little one, she was adamant that recent reports of her marriage being in trouble are false. “They’ve created this relationship that we have. This aggressive, tumultuous relationship and this doesn’t exist! But they’ve created it over the last year and that’s the story now, and it’s like, they have no idea,” said the Mother, May I Sleep with Danger? actress. “We don’t have relationship problems.”

However, the pair do have some financial troubles. They were recently ordered to report to court to have their finances examined by City National Bank, which filed a lawsuit against them in December 2016 after they allegedly failed to repay a $400,000 bank loan.