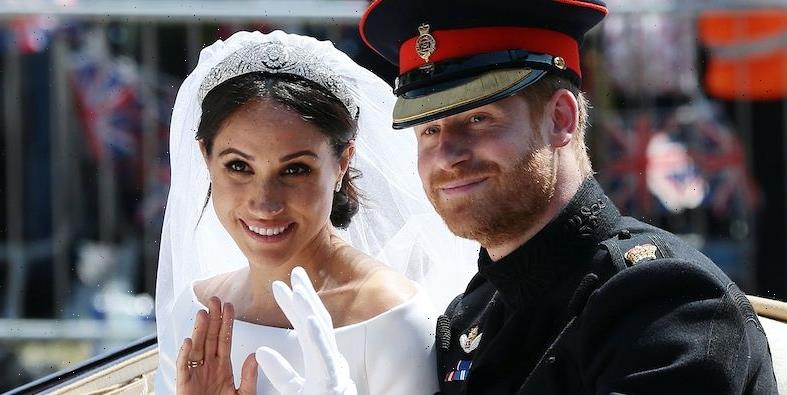 Actor and DJ Idris Elba, who is a close friend of Prince Harry and Meghan Markle, just described their wedding day back in May 2018 as “stressful” – which is fair enough really, considering he had a pretty big job to do for it.

The couple gave Idris the honour of DJing at their wedding reception, which was attended by a tonne of notable faces (including the Queen, Prince William and Kate Middleton), and he’s since opened up about the pressure he felt to deliver a cracking set to the VIP crowd.

When asked which of his gigs so far has been the most stressful, Idris told the Daily Mail, “The [royal] wedding, no doubt. This wasn’t like my cousin’s wedding… This wasn’t at the community hall – the reception, this was a big, big deal.”

He also described Meghan and Harry as being “great friends” which he says added to his desire to really get things right on their big day. “They’re good friends and I wanted to make sure they had a great time, so there was a lot of pressure.”

However, Idris said, the Duchess of Sussex herself was on hand to lend support and had even taken the time to share a playlist in advance, containing plenty of songs that she and Harry wanted to feature. “Meghan had sent me a playlist, so I knew what she wanted already,” the Luther star explained.

As for what was on said playlist, those details haven’t been revealed but it’s well known that Prince Harry is a fan of house and electronic music – and in particular Deadmau5 – and he’s even said to have previously had a secret Instagram account with a handle inspired by his favourite DJ. Anyone else loving the thought of Prince Charles and Camilla Duchess of Cornwall shuffling around the dancefloor to Ghosts ‘n’ Stuff?

Idris wasn’t the only famous person to play a role in the Sussex’s nuptials either, as it’s also reported that host and actor James Corden helped out on the entertainment front and appeared wearing a full-on royal ensemble as part of his bit.

According to the unauthorised biography of Prince Harry and Meghan Markle’s relationship, Finding Freedom, an anonymous source told the authors Omid Scobie and Carolyn Durand, “After all the heartfelt remarks [speeches], the comic relief arrived in the form of The Late, Late Show host, James Corden, who strode into the middle of the tent dressed as Henry VIII. His wife Julia, a friend of Meghan’s, recoiled in mock horror.”

Oh to have been a fly on the wall that day!