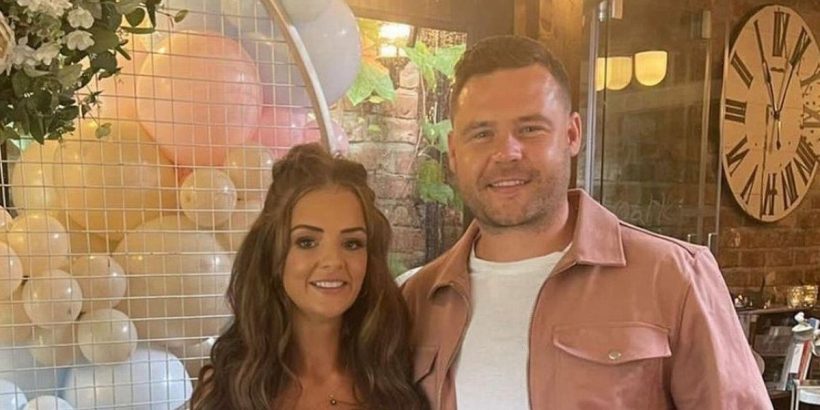 I'm A Celebrity's Danny Miller's fiancee has defended the actor for appearing on the show, despite having a newborn baby at home.

Danny's fiancee Steph Jones appeared on Lorraine this morning (November 22) to speak about her partner's decision to join the show, saying it was a "difficult decision" but a "massive opportunity" for the former Emmerdale actor.

The couple welcomed their son Albert in October, just weeks before Danny joined the I'm A Celeb cast.

“We’ve just spent two weeks in isolation together ahead of the show and I think we feel quite privileged he got asked to be a part of the show because it meant we spent so much quality time together before he went in,” Steph explained.

“It was a really difficult decision for him to decide whether to do it being so close to the birth, but actually, when we sat down and discussed it as a family, it’s such a massive opportunity – the biggest show on the telly.

"He’s always wanted to do it, it’s his favourite show to watch.”

Steph added: “This is the biggest opportunity of his career – he’s been in Emmerdale for 13 years and he wanted to open the door maybe to a different career path.

"It means he has longer time off with Albert next year rather than working Monday to Friday 7 until 7. I got the better half of the deal!”

Danny appeared in the first episode of this year's I'm A Celeb last night, during which some of the celebrities took a helicopter ride to a terrifying mountaintop trial where they had to 'walk the plank' off the cliffside in the hopes of winning the challenge and securing their team the better camp.

Actor Danny could not stomach the movements of the helicopter and he clutched onto a paper sick bag in case of an emergency, before admitting he'd swallowed three mouthfuls of his own vomit during the ride.

On being selected for tonight’s trial, Steph said: “This was the trial he was dreading the most because he has got a very, very bad gag reflex. He gagged over Albert’s nappy in isolation. He did one particularly bad one and he was gagging – he had to run out of the room.

“We went on holiday to Lanzarote and he decided he was going to try and test himself – he ordered some battered squid. One bite, he was retching.”

Danny is due to take part in the show's Dreaded Dinner trial tonight, where he'll attempt to eat an array of gruesome foods.

On learning, he was due to take part, he told his fellow camp mates: "I'm gonna be sick mate".

David Ginola tried to offer some words of encouragement, adding: "Put it in your mouth, close your eyes. It's not going to hurt you."

For all your I'm A Celebrity updates, sign up to OK!'s daily newsletter here