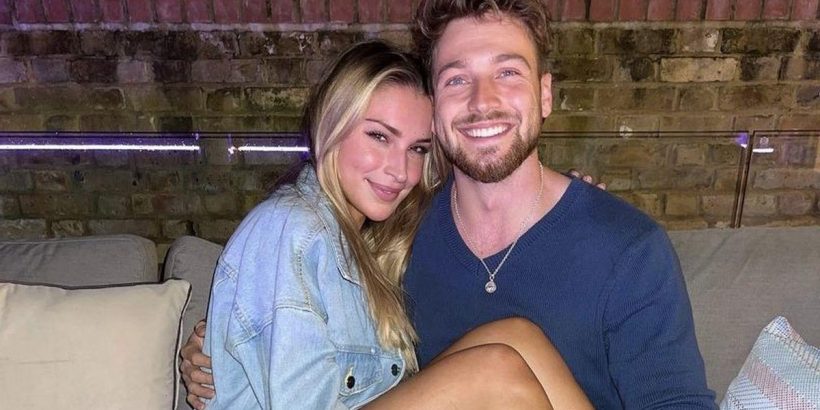 Zara McDermott and Sam Thompson have been reunited after weeks apart and celebrated the occasion with a slap up meal in an Italian restaurant.

The pair – who have been separated due to work commitments – posted loved up snaps on their Instagram pages this week after being reunited.

In a snap on his Instagram feed, Sam could be seen cuddling girlfriend Zara – who wore long suede boots paired with a denim jacket. Name matched in a blue jumper and grey jeans.

Captioning the post, Sam wrote: "Got this one back after 3 weeks apart… safe to say I missed you," before signing off with a love heart.

Zara commented on Sam's post with her own message, adding: "Missed you so much," and added a string of love hearts.

On her own story, Zara shared a photo of Sam across the table from her, where two plates of delicious looking pasta could be seen on the table.

The news comes weeks after Sam admitted her felt as though Zara is 'the one.' The pair are currently living out of suitcases while renovating their lavish London home, and discussing their situation, Sam explained: "We're on top of each other at the moment because we're renovating our home.

"It's killing us because we're doing a short let at the moment and we're living out of flats and suitcases, but we haven't really argued at all."

Sam continued: "It must be pretty hard to go out with me though so the fact she puts up with me is pretty amazing.

Sam and Zara are clearly as happy as ever since rekindling their romance last December. The stars gave their relationship another go after they previously went their separate ways when Zara admitted she cheated on Sam.

In a chat with OK! Zara admitted she does "sleep with one eye open" however, to avoid another of Sam's pranks.

Sam has had his 1.4 million Instagram followers in hysterics with some of the playful pranks he's pulled on his model girlfriend, but he told us he avoids pranking sister Louise Thompson now due to backlash in the comments section.

For all your updates on Zara McDermott, her work commitments and romantic life, sign up to our daily OK! newsletter.