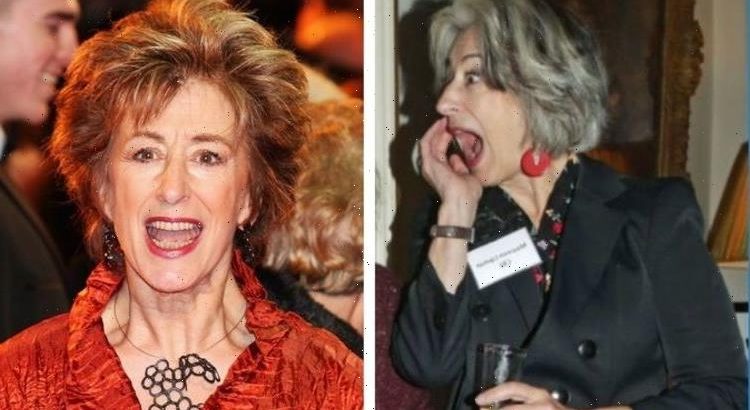 Coronation Street actress Dame Maureen Lipman spoke out as a poll revealed that almost a third of Britons are likely to censor their more controversial views, even when with close friends. The 75-year-old Celebrity Gogglebox star has warned: “It’s in the balance whether we will ever be funny again.”

Sooner or later the cancellers will win

“Cancel culture, this cancelling, this punishment, it’s everywhere,” she mourned.

“Punishment. An eye for an eye. ‘You said that, therefore you must never work again.’

“Sooner or later the cancellers will win.”

She also revealed fears that comedians would feel obliged to tone down their material to avoid losing audiences and becoming cancelled, leading to a bland art form that can never be resurrected.

“Something has to be forbidden to make you laugh, really belly laugh,” she added in a conversation with the BBC.

“It’s when you shouldn’t be laughing [that you want to].”

In the midst of this, a recent poll by YouGov has revealed that 49 per cent of respondents would tone down or disguise their opinions to avoid causing offence to someone they had just met, and that 21 per cent – just over a fifth – would even take the same approach with their family.

57 per cent claimed that they regularly censor their true views when it comes to issues like immigration and trans rights.

Meanwhile, the poll seems to suggest that younger generations are particularly likely to shun freedom of speech in favour of avoiding being offensive.

Trigger warnings have been slapped on a number of shows, while London’s legendary Old Vic theatre took the decision to cancel Sondheim’s Into The Woods, which was co-directed by former Monty Python star Terry Gilliam.

Following the decision, Gilliam claimed that “a small group of closed-minded, humour averse ideologues” had “intimidated” the theatre into blocking the production.

He added that the uproar began when he recommended audiences to watch a show by comedian Dave Chappelle, who has been accused of making anti-trans comments in his stand-up comedy shows.

However, some in the comedy world have taken the opposite view, promising that, in their eyes, the industry isn’t under threat.

Russell Kane presents BBC Radio 4’s Evil Genius, where a different figure from history is placed on the metaphorical chopping block each week to decide whether, based on their past, they should be cancelled or saved.

He told the BBC that it was “complete nonsense” to suggest comedians now had to sacrifice their sense of humour to save their careers.

“I don’t believe freedom of speech is under threat,” he added.

“Why would we want to use hateful language? Why should we tolerate it?”

“There’s been a massive, much needed shift in the conversation around gender, around men’s attitudes to women, around consent. Society has moved on.”

However, he does acknowledge that, to be on the safe side, he uses a website called TweetDelete.

Citing “self-protection”, he admitted: “All my posts that are older than six months have gone.”