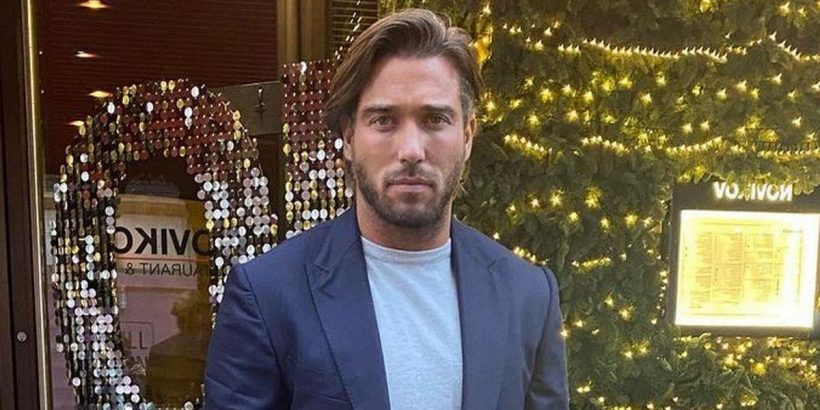 James Lock has shared a cryptic post on Instagram about “knowing your worth” in the wake of his alleged split from Megan Barton-Hanson.

Megan and James, 35, were dating for two months, and even took aromantic trip to New York City togetherin early December, but things between the pair appear to have now ended.

Since then, both Megan, 27, and James have taken to social media where they’ve appeared to address the end of their whirlwind romance.

In a photo shared on Monday 27 December, James posed for a snap outside a restaurant looking dapper in suit pants, a white top and fitted blazer.

He captioned the post: “Life is about lessons! If u don’t learn then ur a fool…know your worth”.

As James shared the snap, Megan herself reshared a post on her Instagram story about the “hard truth”.

The quote read: “hard truth: being around the wrong people won’t make you feel less alone.”

Alongside the post, Megan penned: “Ain’t that the truth”, alongside a clapping hands emoji. According to a source,things went sour for Megan and James while they were on their trip away in America.

The insider told Mail Online: “Megan's relationship with James hasn't worked despite her being hopeful after he surprised during the early days of them dating.”

They continued: "As time has gone on, they have argued more and the holiday they shared together in New York last week didn't go at all to plan."

Sharing a screengrab of some of the cruel abuse she’d received from one of her followers who branded her a “wh**e” and mocking her for allegedly going through another break up, Megan wrote alongside it: “LOL this is from a woman?! Why are we as women conditioned to just settle rather than be single.

“Society has made women in their late 20s feel such pressure to be in a relationship. That I see so many women run back to toxic partners,” Megan continued.

Addressing things with James, the former Love Island star added: “Also… I never confirmed being in a relationship and didn’t confirm it ending…”

“I just slowed down with the cringey story content @jameslock__,” she added with a laughter emoji.

For updates on all your favourite celebs, sign up to our daily newsletter here.