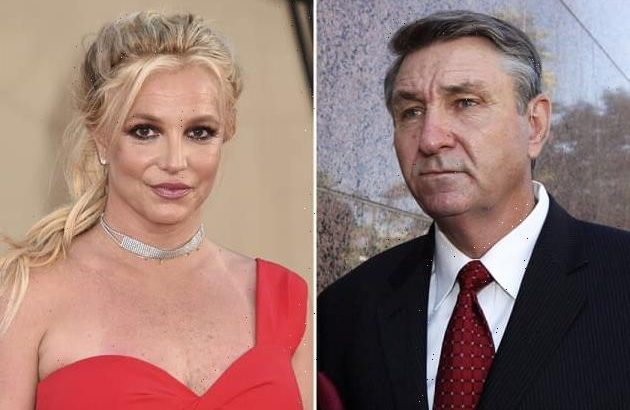 Britney Spears will always remember 2021 as the year that she won her freedom.

In November, a judge terminated Britney’s conservatorship after 13 years, which means that the singer has finally been liberated from her overbearing and allegedly abusive father, Jamie Spears.

For Britney, it was a hard-earned victory.

The pop icon’s legal battle against her conservators had been raging for years, and without some sympathetic media coverage of the case and the intervention of the #FreeBritney movement, Jamie might have triumphed yet again.

Now, for the first time since she was in her mid-twenties, the 39-year-old mother of three is free to make basic decisions about her career, her finances, and her family.

Of course life is not a movie, and sadly, vanquished villains have a way of hanging around after they’ve been defeated.

According to a new report from Variety, Jamie has filed a petition demanding that Britney pay the legal fees he incurred during his unsuccessful battle to have her conservatorship extended.

“It would be contrary to public policy if Jamie’s years of dedication to protect his daughter … could subject him to personal bankruptcy and ruin defending baseless claims,” reads the filing from his attorneys.

“No person would ever want to step into the role as conservator if a conservatee could force a conservator to personally pay substantial legal fees defending unfounded allegations,” the document continues.

Ahead of her most recent hearing, Britney hired a new lawyer — a former prosecutor named Mathews Rosengart — and the dude has turned out to be a bulldog in the best sense of the word.

“The conservatorship has been terminated and Mr. Spears was suspended ignominiously. Under the circumstances, his petition is not only legally meritless, it is an abomination,” Rosengart wrote in a counter-filing.

“Britney poignantly testified about the pain her father caused her and this only adds to it. This is not what a father who loves his daughter does.”

Now obviously, Jamie’s request that Britney cover his legal fees is absurd on its own.

But it’s even more ridiculous when you consider the amount of money he made as her conservator.

According to estimates from the New York Times, Jamie received $6 million in his role as his daughter’s conservator.

For context, Britney’s estate is thought to be worth roughly $60 million.

So yeah, Jamie laid claim to about 10 percent of his daughter’s earnings, even though his only contribution to her career was to make her life more painful and difficult.

In other words, it’s not too hard to see why she’s not crazy about the idea of forking over even more cash to this malignant narcissist.

Hopefully, the judge in her case will recognize the absurdity of Jamie’s claim and toss it out of court.

But even if justice is served in this case, it probably won’t be the last time that the Spears clan faces off in court.

Insiders say Britney plans to sue her father — and possibly several other members of her family — for their role in her lengthy and oppressive conservatorship.

Needless to say, the Britney and her kin probably won’t be gathering to celebrate the holidays together this year!