Jason Momoa is counting his blessings! The 41-year-old actor, who describes himself as a “big family guy” in the December issue of Men’s Health, opens up about meeting and wooing his dream girl, wife Lisa Bonet.

Momoa says he was “a mess” when he first met the actress when he was 26 and she was 38.

“Especially when you meet someone you’re completely infatuated with and then find out she’s amazing, intelligent, and funny and she’s a goddess and you’re a degenerate,” he quips.

As for his tips on how not only to survive such an encounter, but also to come out successful, Momoa jokes, “Give up! Don’t do it! I was a nervous wreck.”

Ultimately, he adds, “Be you. Try to be funny and make her laugh.”

Quarantining from the coronavirus pandemic has allowed Momoa to spend more time with Bonet and their two children, daughter Lola, 13, and son Nakoa-Wolf, 11. 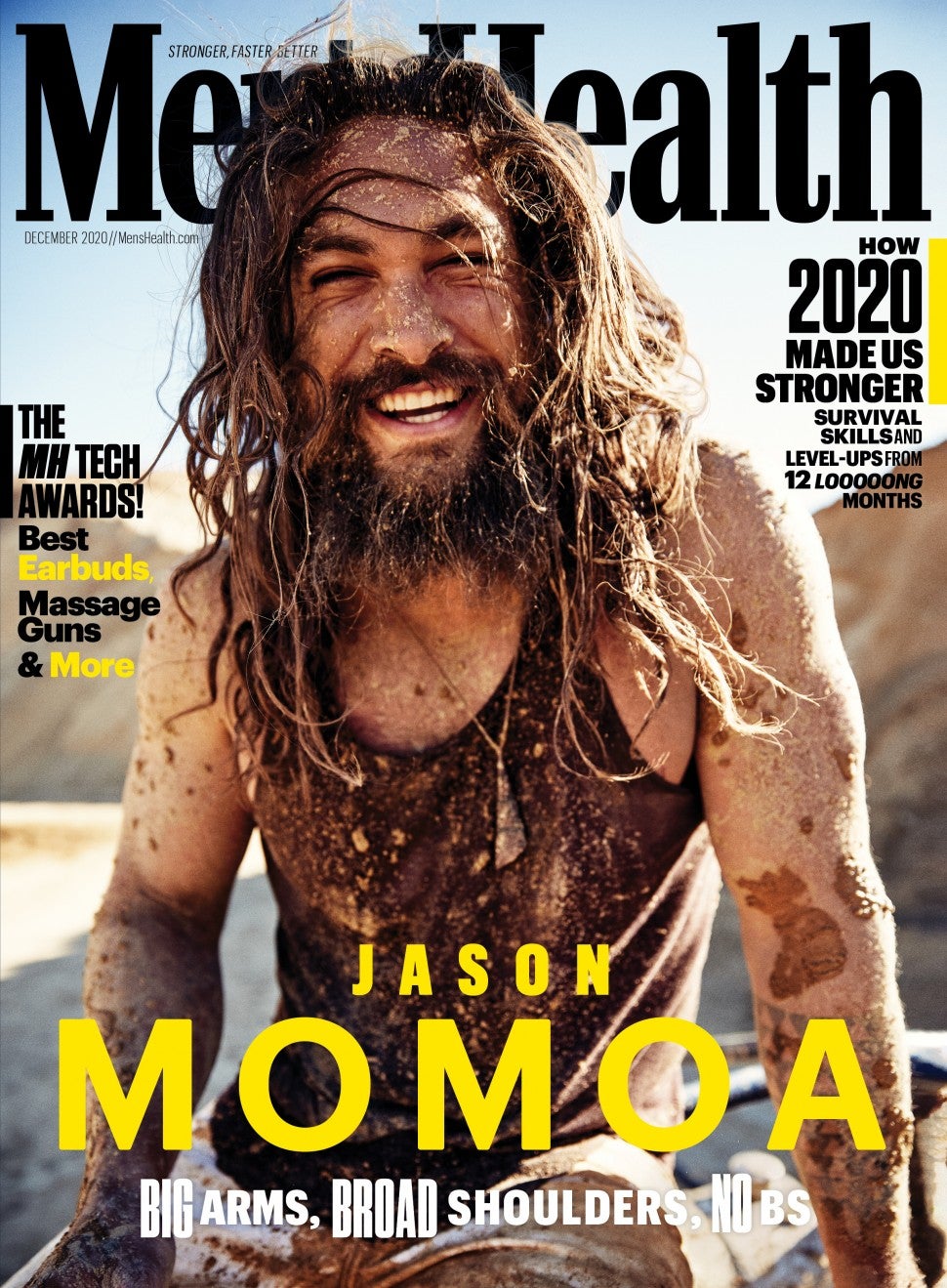 “We’ve all gotten so much closer. My wife is very sophisticated and smart and our kids and I are kind of like animals that need to be trained a little better,” he says. “I’m constantly a work in progress, and I’ve just been trying to get better as a father and a husband.”

One thing he’s trying out is taking on some of Bonet’s hobbies, like yoga.

“So I tried yoga the other day, and it was the hardest thing I’ve ever done in my life,” he reveals. “I’d rather squat a car. Climbing El Capitan would be easier than doing two hours of yoga. I can’t bend over anymore! My hamstrings are so tight. It’s pathetic. I remember one time I was all yoked out for Conan the Barbarian, and I was in a yoga class with all these older ladies in Topanga and everyone was just holding their arms up and I was like, ‘This is so hard!’”

Though Momoa plays tough guys and action heroes, he admits to being a big softie at heart.

“I may look big and tough, but I’m not. I’m nothing like Khal Drogo,” he says of his Game of Thrones character. “I’m not even the king of my own house! I’m absolutely terrified of my wife.”

In his dream roles for the future, the Aquaman star says he’d love to take parts outside of his box.

“Romantic-comedy lead, the nerdy best friend, anything,” he says. “I would love to do it, but so far nobody will hire me for it.”

The Voice Season 19: Our Picks to Advance All the Way to the Top 8 Are…