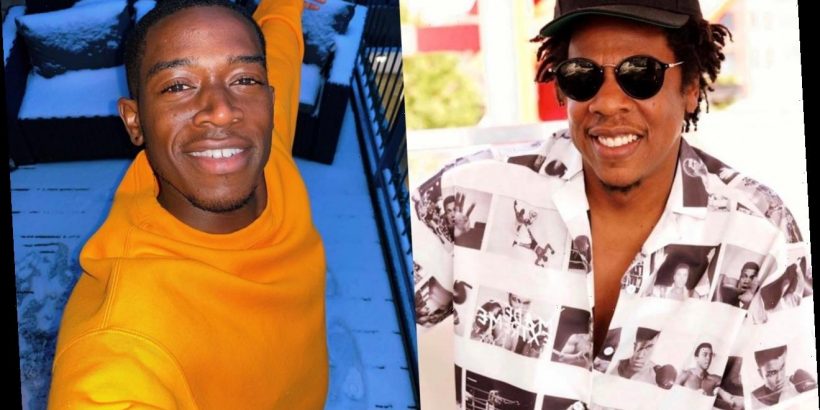 The ‘Snowfall’ actor recalls getting called out by the Roc Nation founder for appearing half-naked in a Zoom call for famed photographer Lenny Santiago’s birthday.

AceShowbiz –Jay-Z isn’t into public obscenity. While he’s no stranger to seeing scantily-clad performers on stage, the hip-hop star didn’t appreciate it when Damson Idris appeared half-naked during a Zoom call with a slew of other celebrities.

In a virtual interview with Gayle King on “Good Morning America“, the actor recalled his embarrassing moment when he was berated by the music mogul. The British star, who is best known for his portrayal of Franklin Saint on FX’s series “Snowfall“, said at the beginning of the pandemic, he jumped into a Zoom meeting for famed photographer Lenny Santiago’s birthday.

He thought that only a handful of people would be on the call, so he didn’t bother to put on a shirt. Damson, clearly not prepared for the star-studded affair, admitted he was surprised to find out that the likes of Meek Mill, Dave Chappelle, Kevin Hart, Michael B. Jordan and Tiffany Haddish were joining meeting.

“At the start of the pandemic, I didn’t know what Zoom was. I was a Skype guy. My friend said to jump on Zoom, it was our friend Lenny’s birthday,” he shared. “So I jump on the Zoom and immediately everyone’s laughing because I’m topless. I thought there was gonna be four people in there– there are literally 40 people in there.”

But at least one person was offended by his lack of clothing as Damson recalled Jay’s reaction, “I hear a distinctive voice and [he’s] like, ‘Ay man, this man’s in here topless with his nipples out and he got the grey headboard. Who’s in charge of the Zoom? Yeah, you see that guy Damson? Kick him out.’ “

Damson said he was trying to charm his way out of the Zoom call, making an excuse that it was late in London and he was about to put on a hoodie and get in bed. He remembered he was left mortified by Jay’s response as he recounted, “Jay-Z was like, ‘Okay, so, you wear a hoodie to bed? Okay, well, you know, you busy. You in London. It’s Lenny’s birthday so why don’t you just give your little speech and be on your way?’ “

Gayle, clearly amused by Damson’s story, praised the actor for nailing his impersonation of Jay. “You’re multi-talented,” the TV host raved at the end of Damson’s story.