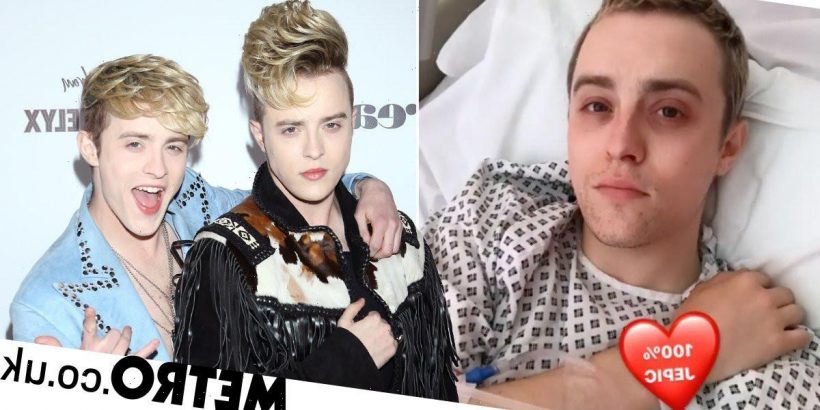 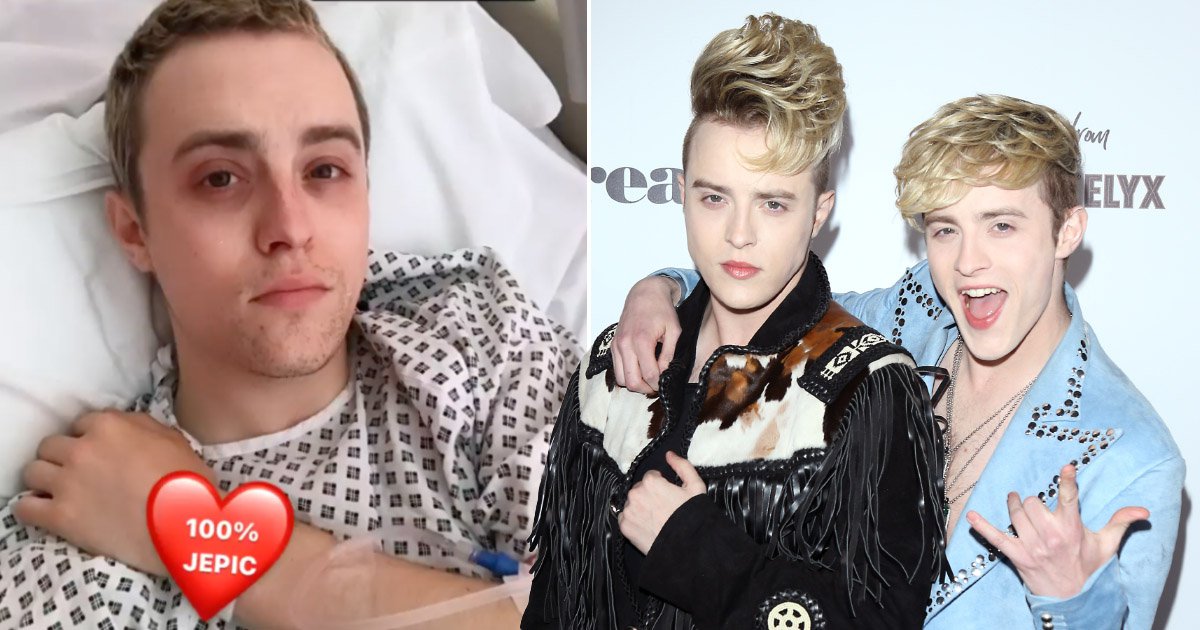 Jedward’s Edward Grimes has been discharged from hospital after he underwent emergency surgery to have his appendix removed.

The 29-year-old Irish singer had previously revealed it was a ‘life threatening and scary situation’, but was ‘grateful’ to the emergency services for operating on him and helping him to get back on the mend.

Edward has since given fans another update on Instagram Stories, revealing he has ‘never been this vulnerable’, but he will also be sad to be leaving the ward.

He first shared a selfie from his hospital bed, as he described ‘the most insane hospital trip of my life’.

‘Had the kindest caring soul next to me,’ he recalled. ‘Met someone else who I could marry someday.

‘Had such an eventful time like it’s gonna be a chapter in a book someday or just in my thoughts.

‘But I’ve experienced so much emotions in the last 48hrs. The warmest kindest energy.’

He went on: ‘Never been this vulnerable and just overcoming it all I feel this new energy from within me.

‘The pain and laughs all mixed into hilarious chats and bonds with wonderful memories that should be tragic but made me grow.

‘I feel like I’ve been on a wild dream and I’m happy u all enjoyed the trip too but u can only share so much on Instagram.’

Edward later documented the process of having blood needles inserted into his legs before he was discharged.

Later sharing an IV drip on his arm, he wrote: ‘We’ve all experienced the fear but it’s something you overcome to a degree don’t let a bad situation effect the future.

‘My veins are closed for business now.’

Edward then filmed himself walking down the corridor as he made his way out of the hospital building to return home.

The star had previously urged anyone who has experienced pain in the abdominal area to get it checked out before it’s too late.

‘Thank you for your caring messages,’ he began. ‘I’m urging everyone to please take severe pain in the abdominal area serious as I’ve never experienced excruciating pain like this and knew something wasn’t right. Blood tests and CT scans indicated I needed surgery.

‘I’m grateful it was caught in time just knowing the feeling that your body and appendix can led to you poisoning yourself is insane. (sic)

‘Don’t brush off key signs from your body as health is everything.’