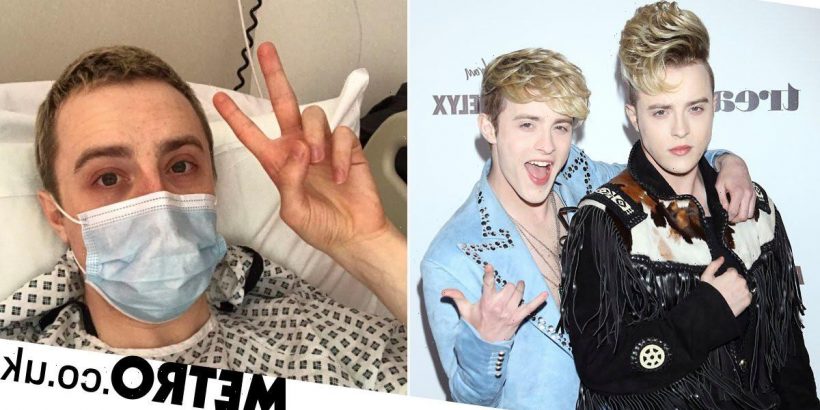 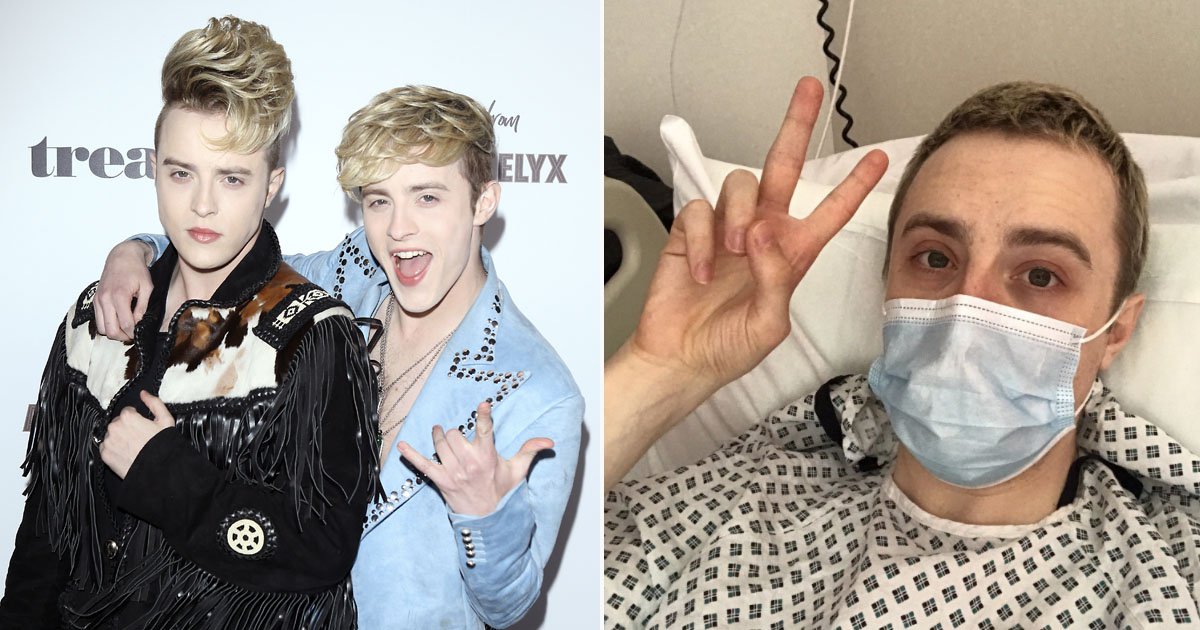 Edward Grimes of Jedward has revealed that he had emergency surgery to get his appendix removed.

The Irish singer said it was a ‘threatening and scary situation’ but he is ‘grateful’ to the emergency services for operating on him and helping him to get back on the mend.

Edward took to Twitter to share a snap of him from his hospital bed, as he wore a face mask and displayed the peace sign to the camera.

The 29-year-old tweeted: ‘Just had immediate surgery to remove my appendix it was a life threatening and scary situation but I’m grateful the emergency team have operated on me and stopped the agony.

‘I’m healing and on the road to recovery!’

Edward later followed this up with another photo that featured a lengthy caption, in which he thanked fans for their messages of support.

He also urged anyone who has experienced pain in the abdominal area to get it checked out before it’s too late.

‘Thank you for your caring messages,’ he began. ‘I’m urging everyone to please take severe pain in the abdominal area serious as I’ve never experienced excruciating pain like this and knew something wasn’t right. Blood tests and CT scans indicated I needed surgery.

‘I’m grateful it was caught in time just knowing the feeling that your body and appendix can led to you poisoning yourself is insane. (sic)

‘Don’t brush off key signs from your body as health is everything.’

He then expressed his disappointment at the fact that he would not be able to watch tonight’s Eurovision Song Contest final at home alongside his twin brother John and the rest of the family.

‘Like of all times of the year it had to be Eurovision night here alone not watching it with John and my family and dogs is wtf,’ he added.

It also marks 10 years since Jedward represented Ireland in the singing competition with their song Lipstick.

The twins helped to give the country their best result in over two decades, finishing in eighth place, and they also returned to represent Ireland again the following year with the track Waterline.

Jedward had previously taken to Instagram to share a clip of their iconic Lipstick performance as they marked the special anniversary.

They wrote: ‘It was our greatest honour to represent Ireland! The fact that we brought the country together in a recession when people were at their lowest point!

‘We brought happiness to every household!’

If you’ve got a celebrity story, video or pictures get in touch with the Metro.co.uk entertainment team by emailing us [email protected], calling 020 3615 2145 or by visiting our Submit Stuff page we’d love o hear from you.