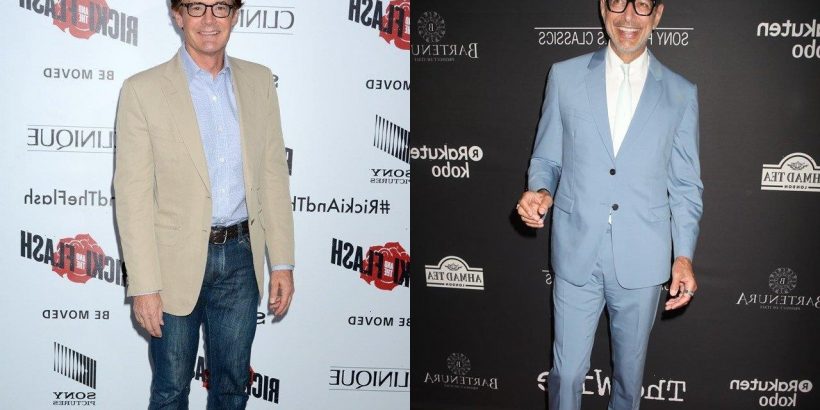 Proving that age is just a number in the fashion world, the 69-year-old and 62-year-old actors walk the runway for Prada’s Fall/Winter 2022 Menswear Show during Milan Fashion Week.

Kyle was the one who opened the show wearing a classic dark overcoat, layered over a metallic-blue ensemble. The “Twin Peaks” star completed his look with gloves and a white turtleneck with yellow and purple details.

Kyle then took to his Instagram account to express his gratitude. Along with snapshots from the runway, the “Sex and the City” actor wrote, “Thank you #RafSimons! What an honor to open the @prada #FW22 Menswear Show for #MilanoFashionWeek!”

As for Jeff, he closed out the show while wearing a similar coat adorned with a black furry trim details above the elbows. The “Thor: Ragnarok” star also acted like he was surprised to be there before strutting down the zigzag runway.

The fashion show, called “Body of Work”, is the latest menswear collection in the two-year-old collaboration between Miuccia Prada and Raf Simons. “Taking theater and cinema as mirrors of reality, for the Fall/Winter 2022 Prada men’s show by Miuccia Prada and Raf Simons, the Deposito of the Fondazione Prada is reimagined by AMO as a stage for action, a representation of a heightened actuality,” a note posted by the fashion company via Instagram stated. “Actors are interpreters of reality, employed to echo truth through their portrayals.”

“We were thinking about meaningful fashion, pieces that make sense,” the statement continued to read. “Clothes that make people feel important, and that are therefore, in themselves, important, not something to discard.”