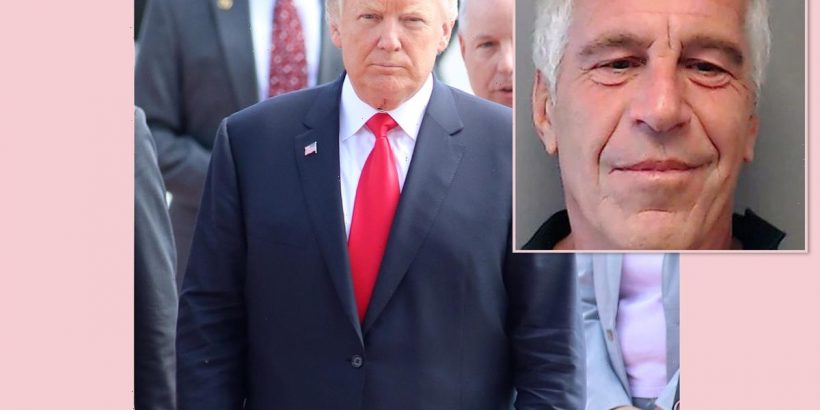 It is no secret by now that Donald Trump was good friends with Jeffrey Epstein for years — even though he’d like us all to forget that detail. But now, a woman who accused the former president of sexual assault in the past (one of many) has provided even more information about their relationship.

In an interview with Dailymail.com, Jill Harth, who filed a lawsuit in 1997 alleging Trump attempted to rape her and sexually harassed her for years, said she first became intertwined with the reality star when he became interested in the American Dream Calendar Girl beauty pageant.

Epstein had already been involved in the pageant scene, attending the celebrity makeup artist’s smaller events at the time. However, she didn’t formally meet him until a January 1993 dinner party at Mar-a-Lago, where Trump insisted she bring all the calendar girls to the event — the same one where she claims he sexually assaulted her. This is also when Harth saw firsthand the disturbing friendship dynamic between the two men. She told the outlet:

“They were both seducing women with their money. Trump really came off like he was hot stuff. They had no trouble. It was a game to them to catch the girl and see who they were going to hook up with. They were in competition with each other. They were both girl hounds.”

She described Epstein as a more “low-key wingman,” who told her that he was a scout for models while working with Les Wexner from Victoria’s Secret back then. Trump, on the other hand, was “very pushy”:

“I never heard Jeffrey in my world being aggressive. Trump was very pushy and a big foreboding guy. He was very overpowering. Jeffrey wasn’t like that, he wasn’t a flamboyant person, but very low-key and didn’t say much. So it seemed like Jeffrey was like his wingman, but Jeffrey really used the Victoria’s Secret connection. That was his draw. And Donald would also brag: ‘You know Jeffrey? My friend can get you in Victoria’s Secret.’ He did that with the girls.”

“My friend.” Though again, we shouldn’t be surprised. Trump gave this quote about his pal to Money magazine for a 2002 profile on Epstein:

“I’ve known Jeff for fifteen years. Terrific guy. He’s a lot of fun to be with. It is even said that he likes beautiful women as much as I do, and many of them are on the younger side.”

Just out there in the open…

As you know, Epstein was arrested in 2019 for the sex trafficking of minors. These were the same crimes he was accused of over a decade earlier — but that time he was given a “sweetheart deal” in which he only had to plead to a single count of soliciting a minor for prostitution (a 14-year-old btw). It was also assured in the plea agreement that none of his co-conspirators could be prosecuted, which… does not make ANY sense. You get to plead to a lesser offense when you give up your cohorts, not when you protect them, everyone who watches Law & Order knows that.

Oh, speaking of Trump connections, let’s not forget the US attorney who gave him the sweetheart deal, Alexander Acosta? The POTUS made him his Secretary of Labor a decade later. When the whole scandal came to light, he was pressured to resign. Trump just skipped away as usual. (Learn more about the whole affair HERE!)

But like we said, Epstein was charged again in 2019. Many expected at the time that the billionaire would reveal some of the very powerful men who were involved in his scandal — but instead he was found in his jail cell from an apparent suicide. Harth shared with the outlet that while Trump and Epstein had a close bond, the ex-president is now trying to downplay their association since the sex trafficking case blew up:

“’Those two were definitely close friends, they were tight, they lived two blocks away in New York. He’s playing it down now because, obviously, Epstein is now considered a pedophile and he doesn’t want to be spoken in the same category.”

“They always had women around them. I would even say to the point where the girls were clamoring for their attention. They weren’t all teenagers — I had some teenagers in the event, but they were mostly ages from 18 to 30. There were a few underage, I always had a problem with taking them, because I had to watch them like hawks. I was very wary of any new people coming in because I had suspicions about their intentions. I was the type that was concerned with these men. I was responsible for these women. Some of them were young. I’m sure that’s why Donald liked the pageant business. He just wanted to have his free pick of the litter.”

Even more so, Harth accused Trump of not even caring about Epstein being involved with underage girls:

“No, I don’t think Trump cared. The younger the better. That’s my thought on it now. I say: ‘You are, who you hang with.’ Epstein dabbled with a lot of different women and so did Donald. There’s so many more that won’t come out because there’s no upside to it. There’s none. It greatly affected my life.”

Eventually, the pageant organizer said the guys’ involvement in her event turned it into something she was no longer comfortable being a part of at the time:

“I didn’t like how this whole event was starting to turn when these kind of guys got in the picture. Things started to take a turn for events I had worked on so hard – and I didn’t like it. It’s one of the reasons why I wanted to get out of there . Epstein and Trump were the big cojones in the group. These were the two that were rich, and in Trump’s case, well known.”

What are your thoughts on this latest insight about Trump and Epstein’s relationship? Let us know in the comments (below).