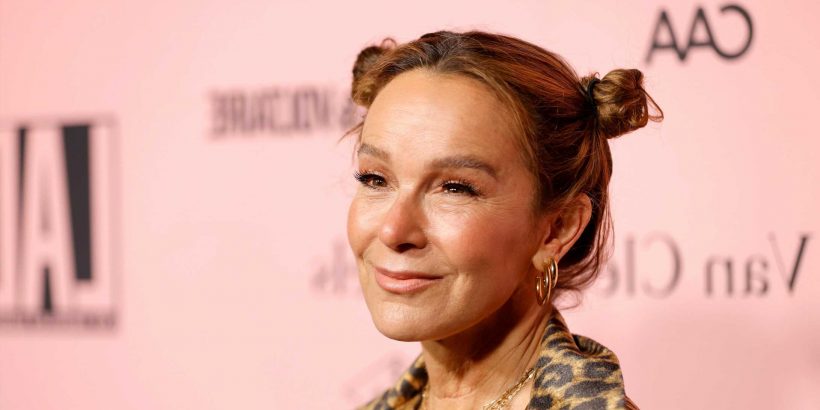 Jennifer Grey talks plastic surgery: ‘In the world’s eyes, I was no longer me’

In her new memoir, “Out of the Corner,” Jennifer Grey looks back on the pivotal moments in her life and career, from “Dirty Dancing” to the time she spent as a teenager skipping school to hang out at Andy Warhol’s Factory and partying at Studio 54. She also reflects on the nose jobs she had that would leave her labeled “unrecognizable” and feeling “banished” by Hollywood. “I spent so much energy trying to figure out what I did wrong, why I was banished from the kingdom. That’s a lie. I banished myself,” the 62-year-old actress tells People. Recalling how Michael Douglas didn’t recognize her at a premiere after the second rhinoplasty, Jennifer tells the outlet: “That was the first time I had gone out in public. And it became the thing, the idea of being completely invisible, from one day to the next. In the world’s eyes, I was no longer me. And the weird thing was that thing that I resisted my whole life, and the thing I was so upset with my mother for always telling me I should do: My nose.” She goes on to say she thought having the surgery “was capitulating,” recalling, “I just thought, ‘I’m good enough. I shouldn’t have to do this.’ That’s really what I felt. ‘I’m beautiful enough.'” Jennifer also opens up about why her mother, also an actress, pressured her to have the surgery to begin with. “She loves me, loved me, always has, and she was pragmatic because she was saying, ‘Guess what? It’s too hard to cast you. Make it easier for them.’ And then I did and she was right,” Jennifer says. “It wasn’t like, ‘You’re not pretty.’ It’s like, ‘Guess what? If you don’t want to be an actor, OK. But if you wanna be an actor …'” Despite her mother’s viewpoint, Jennifer says she was “completely anti-rhinoplasty,” but accepted that her parents had the surgery. “I understand it was the 50s. I understand they were assimilating,” she explains. “I understood that you had to change your name and you had to do certain things … You can’t be gay. You can’t be Jewish. You know, you can’t look Jewish. You’re just trying to fit into whatever is the group think.” “Out of the Corner” hits shelves on May 3.

RELATED: More ’80s stars before and after plastic surgery

At 20, Billie Eilish became the youngest person ever to headline the Coachella Valley Music & Arts Festival in Indio, California, on Saturday, April 16, and even she seemed to have trouble wrapping her brain around it. “This is so weird,” the seven-time Grammy winner told the crowd, according to CNN. “I should not be headlining this s*** … But I’m so f****** grateful that I’m here, and that you guys are all here,” she continued. “This is such a dream come true. I feel crazy.” During her set, Billie got some help from guest stars including Khalid, who joined her for their song, “Lovely,” Damon Albarn of Gorillaz and De la Soul rapper Posdnuos, as well as her brother, Finneas. She also asked fans to focus on positivity, both in themselves and in the world around them. “You’re not allowed to judge anybody out here,” Billie said. “… I want us all to feel loose and good and comfortable in our skin, and like, free, and happy. I want you to just imagine that there’s no bad in the world and there’s only good.” She closed out her 90-minute set with another self-deprecating quip:”Thank you, Coachella,” she said. “I’m sorry I’m not Beyoncé. I love you, good night.”

RELATED: The best and worst celebrity fashion from Coachellas past

Johnny Depp’s $50 million defamation trial against his ex-wife, Amber Heard, continued in Fairfax, Virginia, on Monday, April 18, amid reports Johnny will testify on his own behalf on Tuesday. The actor claims Amber’s 2018 Washington Post op-ed about surviving domestic abuse implied he was her abuser, which he’s long denied, and damaged his career. (Amber later countersued Johnny for $100 million, claiming what she’s said about Johnny’s treatment of her is true.) On Monday, jurors watched a video deposition from addiction specialist and internist Dr. David Kipper, who began working with Johnny in 2014 when he wanted to kick an opioid addiction. The doctor, who said he also treated Amber in 2014, said he never saw Johnny abuse Amber or vice versa, according to Deadline. He also confirmed that to his knowledge, Amber never [sought] treatment for injuries she sustained as a result of domestic abuse or caused by Johnny. At one point in the deposition, portions of the doctors notes were read aloud, including one that said,”Amber has a strong family history of drug and alcohol abuse and is particularly sensitive to his (Depp’s behaviors and potential for abuse).” Asked if he meant substance abuse, he confirmed, “Yes, not physical abuse.” As for Johnny’s mental health, the doctor said he diagnosed Johnny as having a dopamine imbalance as well as “bipolar disorder, chronic substance abuse disorder, ADHD, depression, insomnia and chronic reflux,” according to Deadline. Page Six reports lawyers also shared texts Johnny allegedly sent his doctor about fighting with Amber in 2015, including one in which the actor claimed his wife was prone to “purposely hurtful tirades” and worse. Other celebrities slated to testify in the trial include James Franco, Elon Musk and Paul Bettnay. Amber’s testimony has not yet been given a date, her lawyers told Deadline.

Prince Harry and Duchess Meghan arrived in Netherlands last week for the Invictus Games, the Olympics-style international sporting event for wounded and sick service men, women and veterans that Harry launched in 2014.At the opening ceremony over the weekend, the couple was affectionate and sweet as Meghan shared her gratitude to the Ukrainian team for participating amid Russia’s ongoing invasion, then introduced Harry as “my incredible husband and the father to our little ones, Archie and Lili.” After giving his wife a kiss onstage, Harry, too, praised Ukraine’s participants, telling them, “Your bravery in choosing to come, and in being here tonight, cannot be overstated,” according to the Associated Press. Later in his speech, Harry shout-out the couple’s firstborn. “When I talk to my son, Archie, about what he wants to be when he grows up, some days it’s an astronaut. Other days it’s a pilot. A helicopter pilot obviously. Or Quasi…from Octonauts…,” he said with a laugh. “But what I remind him is that no matter what you want to be when you grow up, it’s your character that matters most. And nothing would make his mum and me prouder than to see him have the character of what we see before us: You.” At one point, Harry was asked by Kindercorrespopndent’s kid-reporters what wish he had for his children. “To grow up in a better world,” Harry said. “To grow up in a fairer world, a safer world, a more equal world. It’s not going to be easy, but I will never, ever, ever rest until I as a parent have at least tried to make the world a better place for them. Because it is our responsibility that the world is the way that it is now. I don’t think we should be bringing children into the world unless we are going to make that commitment to make it better for them.” He added, “We cannot steal your future.” The Games continue in The Hague through April 22.

Blink-182 bassist and singer Mark Hoppus says he’s feeling “great” and excited about playing music again seven months after doctors gave him a “cancer-free” diagnosis last fall. During an impromptu chat with TMZ over the weekend in Los Angeles, Mark, 50, told a cameraman, “Life’s great! I’m glad to be here,” and flashed a bright smile while holding hands with his wife, Skye, in the West Hollywood section of Los Angeles. The couple had reportedly just left Craig’s, and Mark said he was “just getting back” to enjoying public places after his cancer battle and the COVID-19 pandemic. Asked what he most wanted to get back to doing, he said he wanted “to get back into the studio and get back playing music,” then joked, “and get off my couch.” He also confirmed he was working on new material, telling the reporter he hopes to release something “soon.” Mark first revealed he was suffering from diffuse large B-cell lymphoma stage 4-A in June 2021, when he shared a photo of himself getting chemotherapy. He announced in September that his oncologist told him he was cancer-free. Asked if he had any words of wisdom to share with fans after his experience, Mark said, “Enjoy every day.” 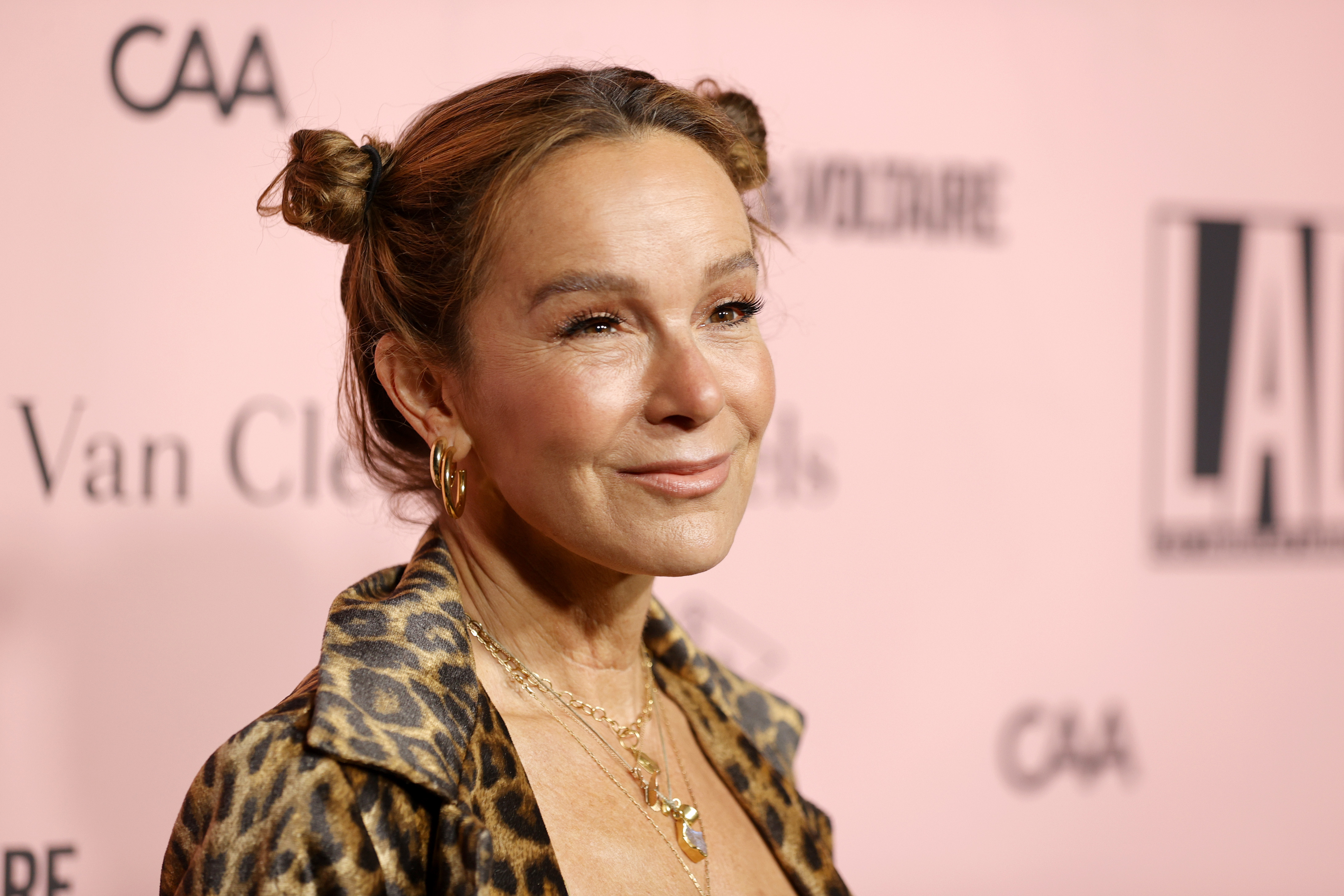 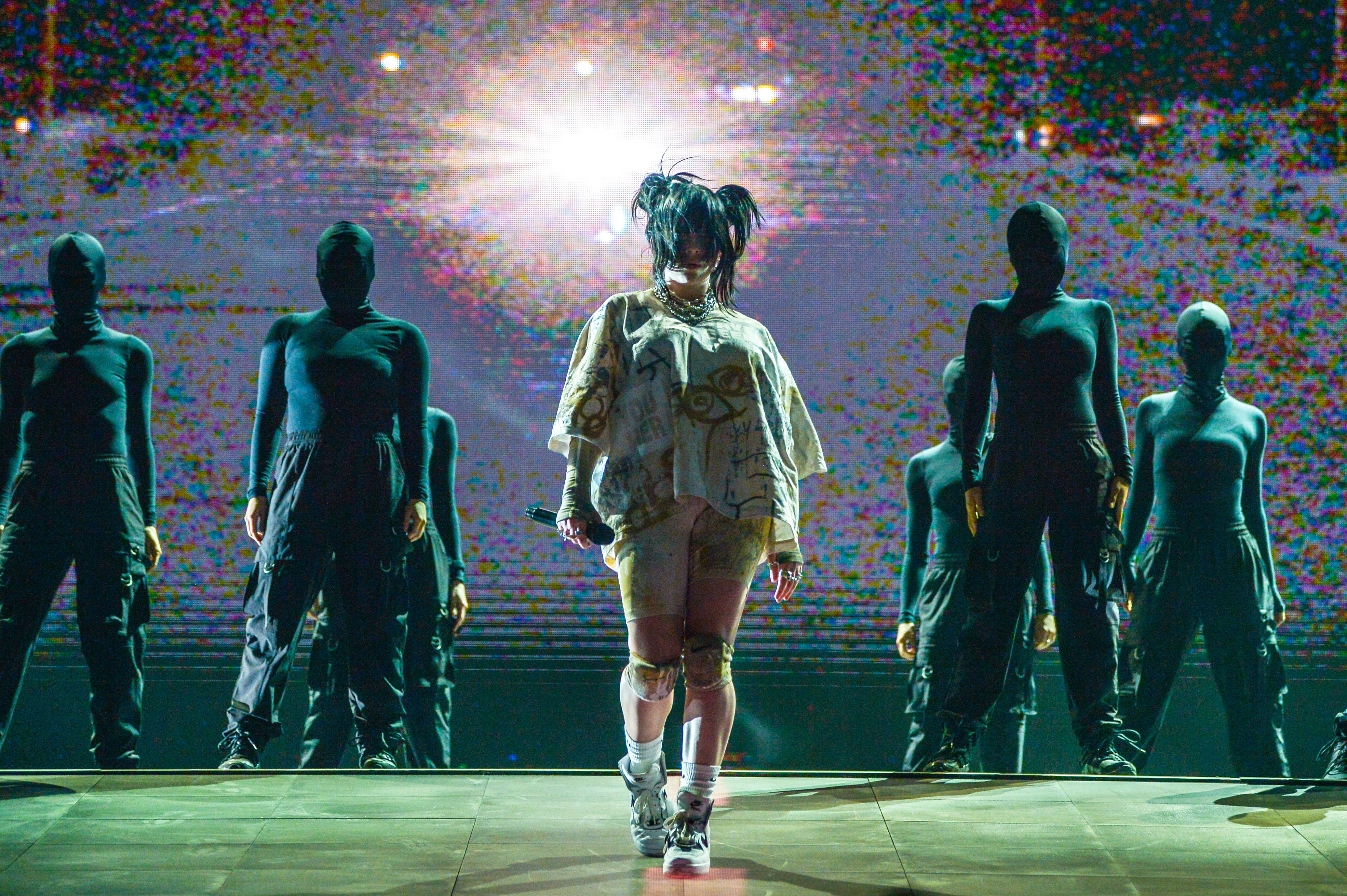 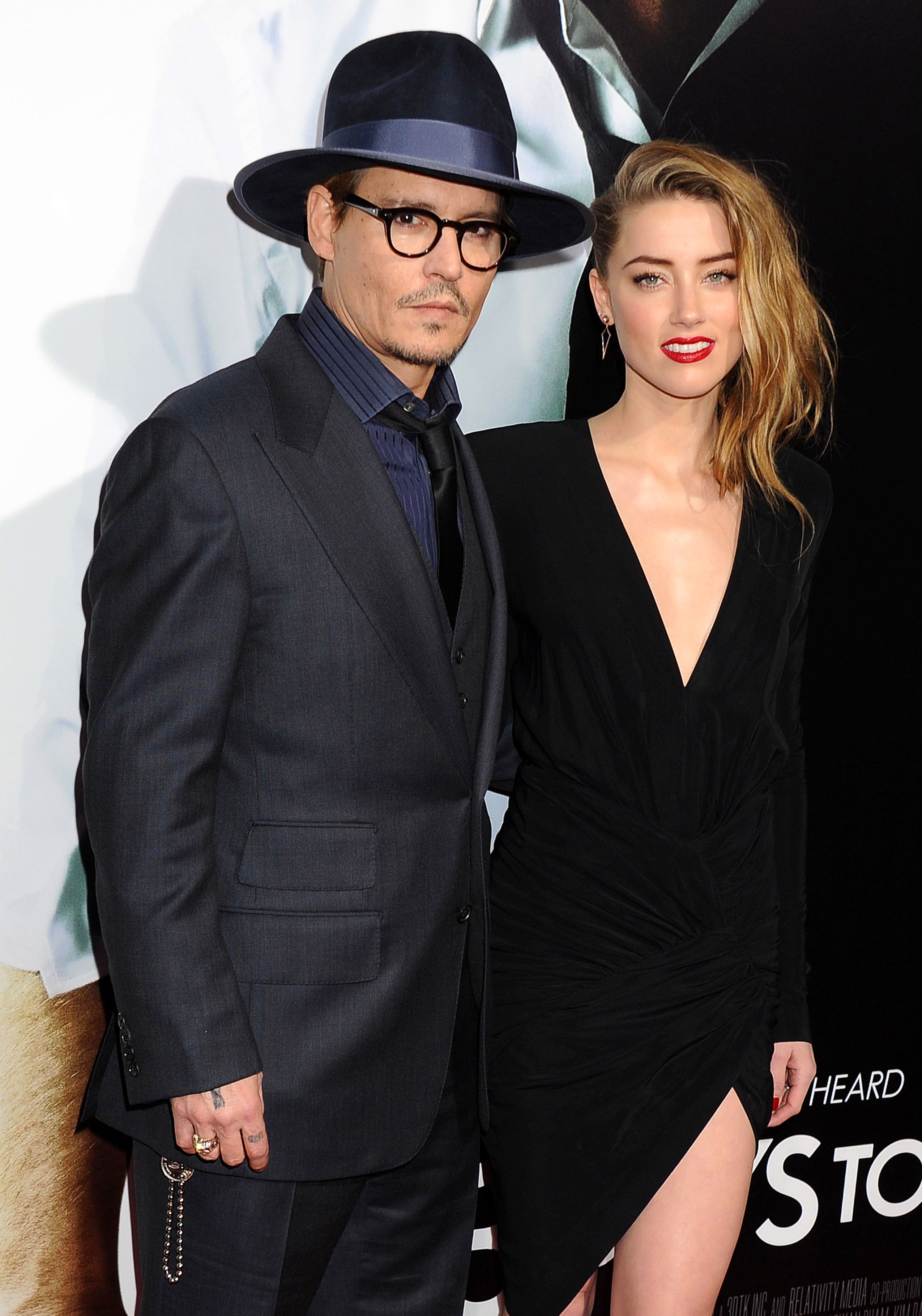 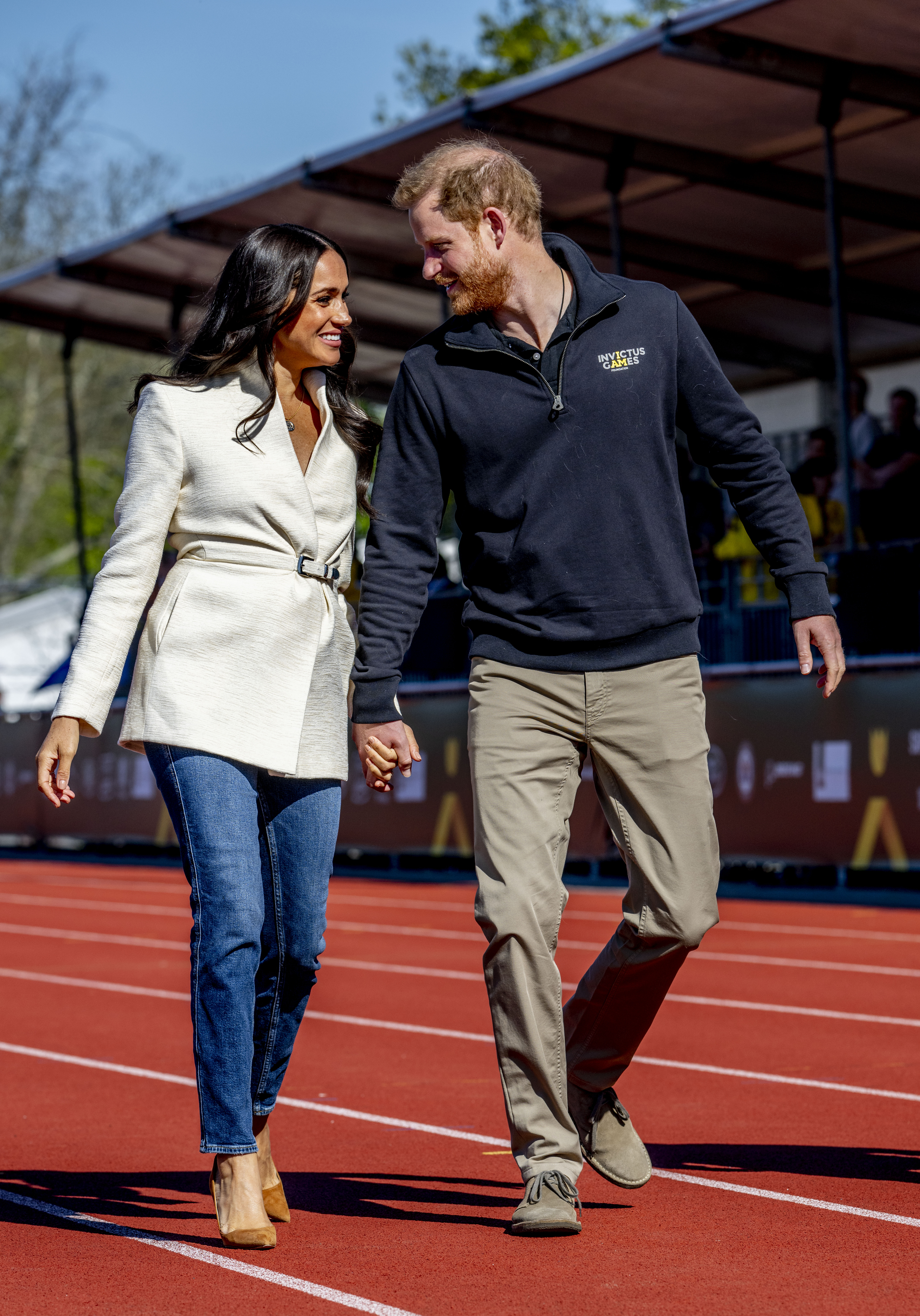 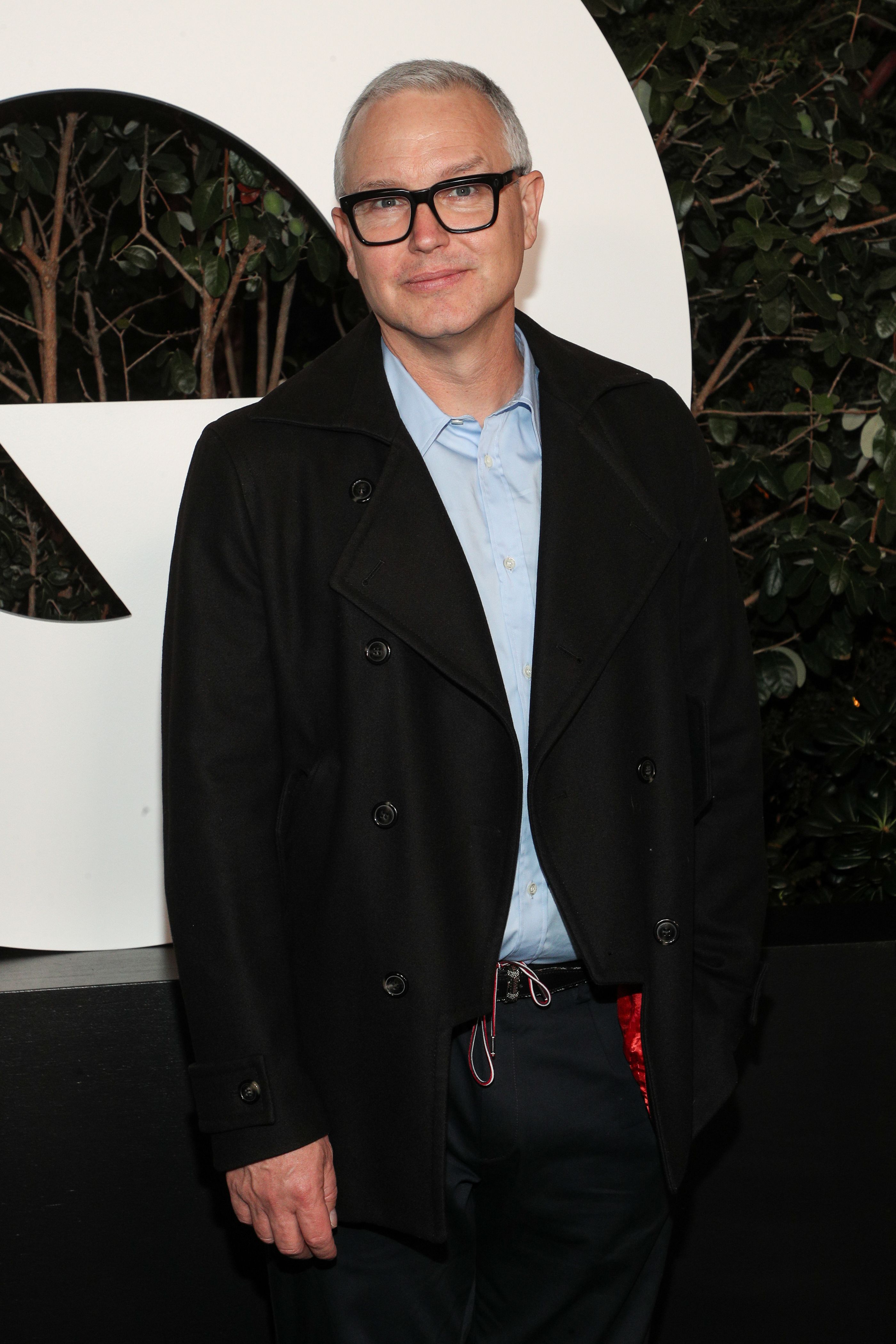 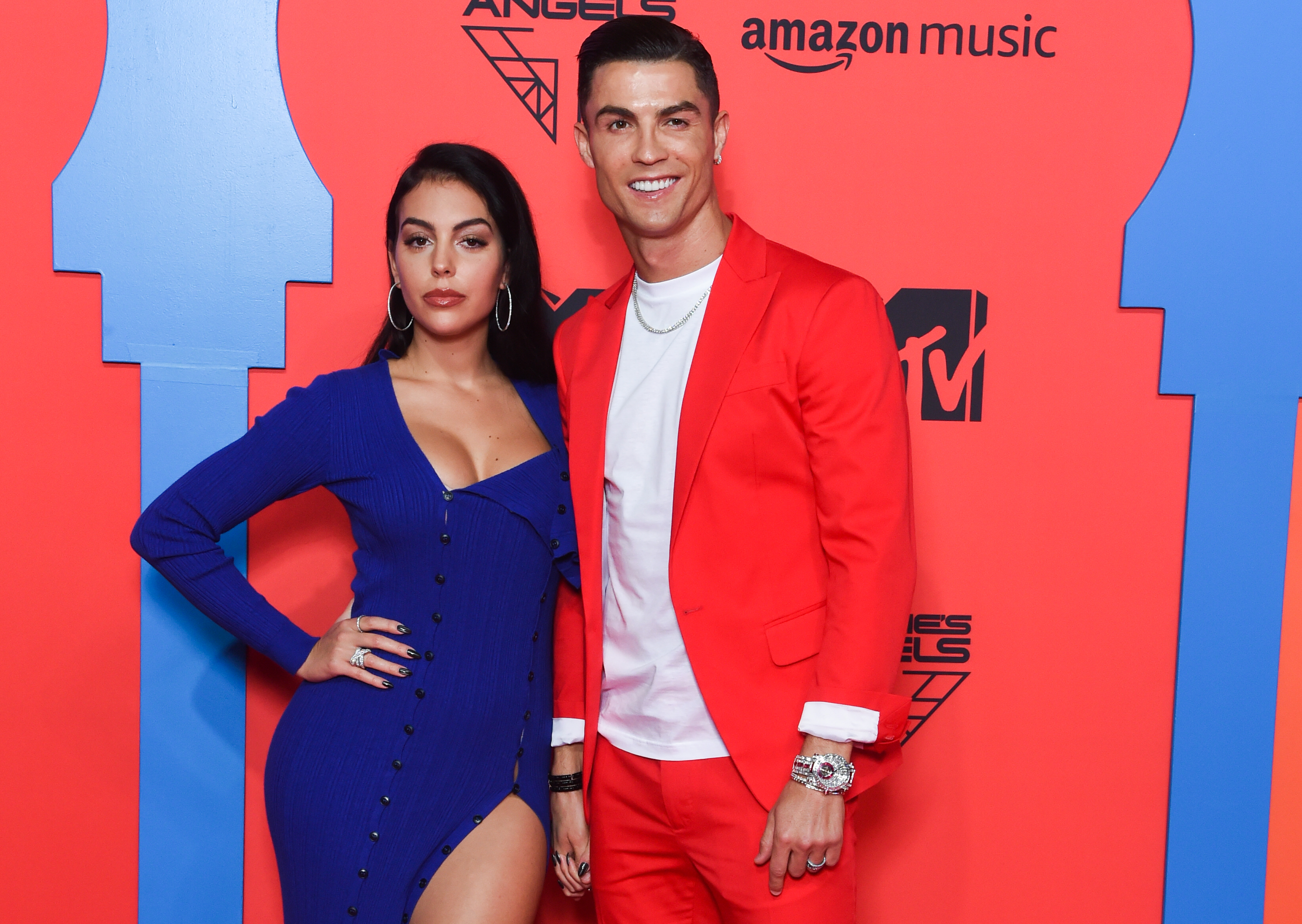