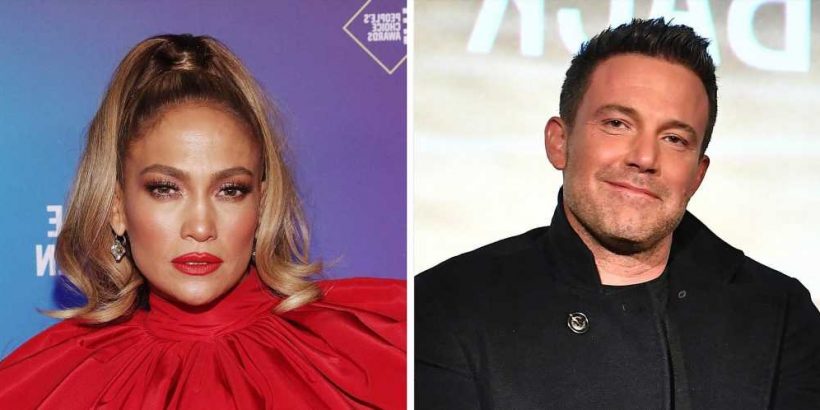 After rekindling their romance just two months ago, Jennifer Lopez and Ben Affleck decided it was finally time for their children to meet each other — and what better place to do so than at a kid-friendly theme park?

In exclusive photos obtained by Page Six, the couple were spotted at Universal Studios Hollywood on Friday with Lopez's 13-year-old twins, Max and Emme, and Affleck's son, Samuel, 9. Dressed down for the day date, J.Lo paired her baggy cargo pants with a white crop top and matching sneakers, while Ben wore a white T-shirt, a gray zip-up hoodie, and dark jeans. According to an on-looker at the park, Affleck and Lopez "definitely looked in love," as they walked "shoulder to shoulder" and held hands. "They looked like they were just two people walking around — not a single person came up to them," the source added.

The actor's other two children, daughters Violet and Seraphina, were not photographed at the park, but it's safe to assume it's only a matter of time before they're introduced to the Lopez-Anthony kids — especially considering the speed of their parents' reunion. Back in April, rumors of a reconciliation began to surface, and a week later, they were spotted vacationing in Montana together. Ever since, things between them have progressed rather quickly, with J.Lo even moving from Miami to Los Angeles to be closer to Ben.

"They are both hopeful about their relationship this time around and putting the effort in," an insider previously revealed to Entertainment Tonight. "They have both matured and are on the same page and it has been easy."