Before Ben Affleck and Jennifer Lopez’s family sat down to Thanksgiving dinner, the couple – and their kids – helped out those in need with a holiday food drive.

With Thanksgiving being a season of gratitude, Ben Affleck and Jennifer Lopez took a moment to give back to those less fortunate than them. Over the holiday weekend, Ben, 49, and J.Lo, 52, hosted a food drive for Rise Against Hunter at his home in Pacific Palisades. In the photos of the food drive, Ben and Jen unloaded a truck packed with food, hauling in 50-pound bags of rice. Both Jen and Ben rolled up their sleeves – metaphorically in Jen’s case, as she opted for a beige turtleneck – to move some goods, with Ben even slinging two backs over his shoulders at a time. They had some help from Ben’s daughters, Violet, 15, and Seraphina, 12, as well as J.Lo’s 13-year-old daughter, Emme.

Jennifer and her twins – Emme and Max – arrived in Los Angeles on Wednesday (Nov. 24) before the big day. The three arrived via a private plane and boarded a car. J.Lo rocked a heavy fur coat, having come filming The Mother in British Columbia, Canada. This was the first Thanksgiving since “Bennifer 2.0,” aka when Ben and Jen decided to give love a second chance. The two began dating in Spring 2021, following the end of Jennifer’s engagement to Alex Rodriguez. The couple has taken their love from Miami to St. Tropez and back again. 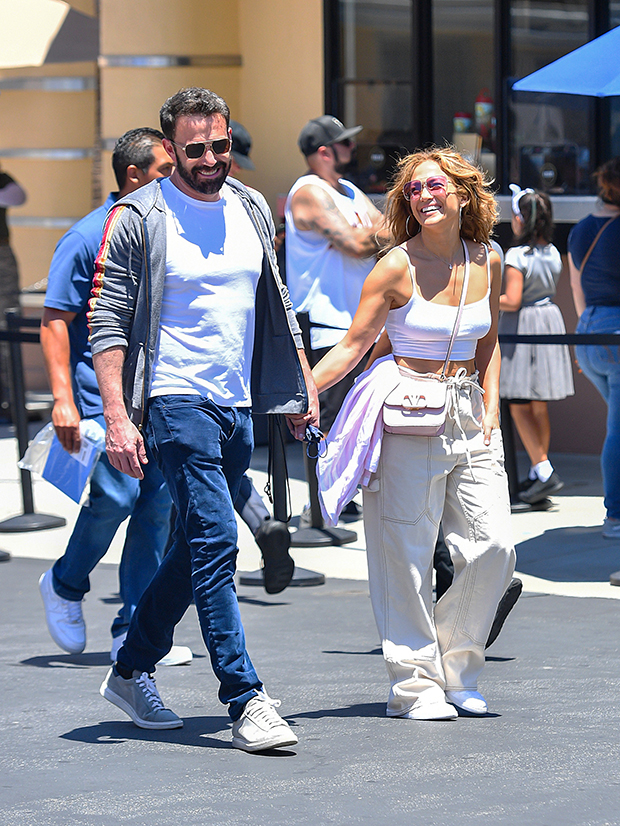 For Thanksgiving, however, the couple decided on Ben’s home in L.A. The two decided to turn this holiday into a “family affair,” blending their kids for the holiday. Their plans also included Ben’s ex,  Jennifer Garner. Ben and Jennifer “have been able to figure out their schedules to co-parent to their best intentions, and with that in mind, everyone is going to be seeing each other this holiday weekend,” an insider told HollywoodLife EXCLUSIVELY. That meant her and Ben’s kids – Violet, Seraphina, and 9-year-old Samuel – would get a chance to spend time with both their mom and dad. 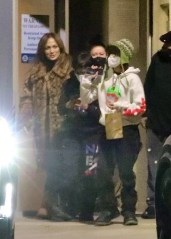 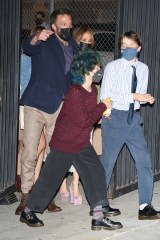 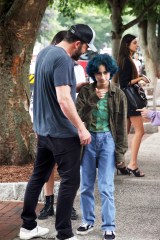 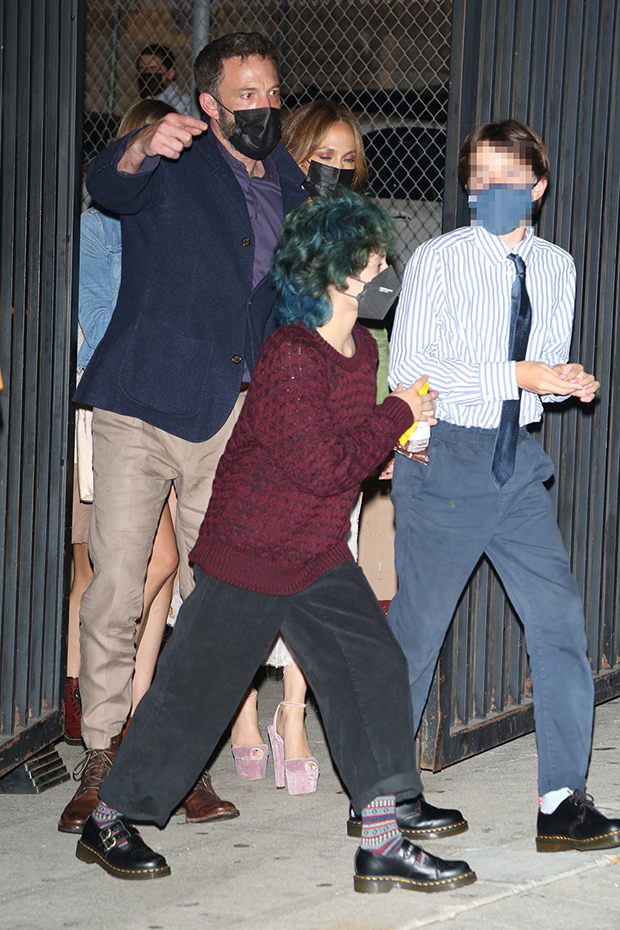 With Thanksgiving in the books – and its leftovers filling up the fridge – Christmas is right around the corner. Whether or not J.Lo and her kids spend it with Ben and his brood remains to be seen. If such is the case, don’t expect any drama between J.Lo and Jennifer. The two have adjusted to being in each other’s worlds. The two Jens joined Ben and all of their children for some Halloween trick-or-treating. “There was [not] and will never be any weirdness when Jen and [J.Lo] are in the same room,” a source told HollywoodLife about the Halloween adventure. “They are adults, and when it comes to what is important, useless drama is not on that list.”