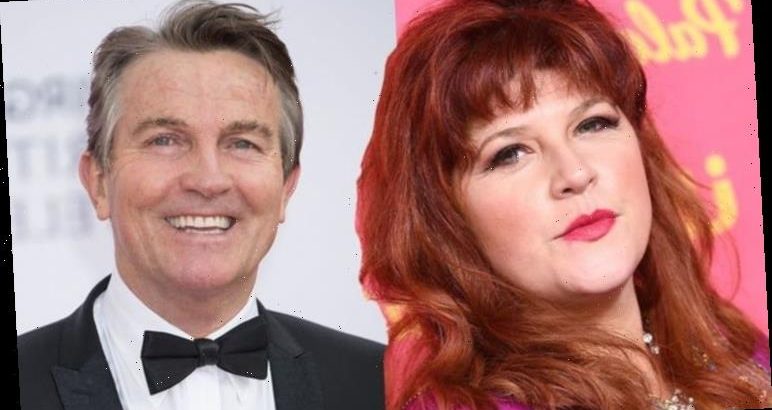 The Chase: Bradley is shocked at Jenny Ryan’s new look

Jenny Ryan, 38, has spoken out on the recruitment process for The Chase, and divulged that a person could be the “world’s best quizzer”, but if they did not have “friendly banter” with show host Bradley Walsh it would not “work”. The Vixen had said that despite all five chasers including Paul Sinha, Anne Hegerty, Mark Labbett, and Shaun Wallace having “big personalities” they are all able to get along with the former Coronation Street star.

Jenny said of The Chases’s selection process: “It’s not just a matter of being the world’s best quizzer, in which case it would be a very different line-up of Chasers, and I don’t think it would have lasted as long as it has done.”

Going more into detail on what is most important to succeed on securing a spot on the programme, she cited the ability to gel with Bradley Walsh: “If he doesn’t feel that he can chat to you and have a bit of friendly banter with you and work with you, then it’s that which won’t work.”

“We’re all big personalities, and Brad is such a well-loved personality, it’s a really tricky fit so it’s finding the right peg for the hole and I feel very lucky that I’m one of the chosen ones,” Jenny added.

Tonight the second series of spin-off show Beat The Chasers began and Jenny revealed that despite social distancing restrictions the format on the show will stay the same. 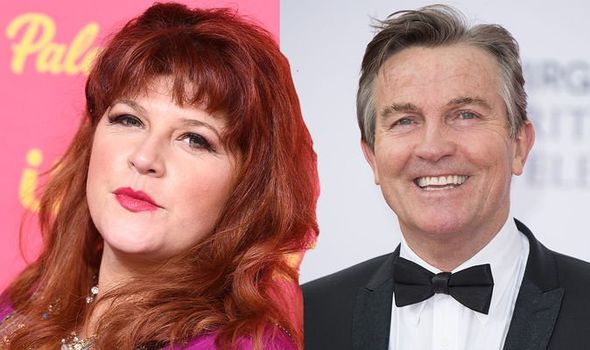 We will use your email address only for sending you newsletters. Please see our Privacy Notice for details of your data protection rights. Tom Jones: The Voice judge speaks out on tearful display

The five Chasers will still work in close proximity to each other, without having screens between them, after relentless swab tests.

The spin-off show will see them team up once more to take on individual contestants.

Jenny revealed that she in some ways prefers it to The Chase, as it means the Chasers can “divide” the pressure between them.

She told Radio Times: “They’re both enjoyable and they’re both very different.

The Vixen said that during the daytime episodes of The Chase it can feel more tiring as the pressure usually is placed on only one Chaser.

However, she added that it can also be “exhausting” at times to work with her equally intelligent colleagues on Beat The Chasers.

Jenny continued: “But it’s also quite exhausting because there’s five really big personalities up there.

“It gets quite tiring after a little while to be part of that and the relentless quizzing as well.”

Jenny first joined The Chase back in 2015 after writing the questions for the first episode of the hit quiz show back in 2009.

She was recommended for the show by Anne Hegerty, as they had both competed together on the same quiz team, where Jenny was the captain of the team.

Her nickname on the show is “The Vixen”, in reference to her red hair, freckles and ponytail.

Bradley originally came up with the name and the producers liked it since “vixens are notoriously clever and cunning”.

She is also referred to as “The Bolton Brainiac” for her place of birth.

In 2017, Jenny appeared alongside her fellow chasers on Let’s Sing and Dance for Comic Relief. They won the competition, performing a Wizard of Oz medley.

In July 2019, she appeared on the 14th series of Celebrity MasterChef.  In October 2019, she competed in The X Factor: Celebrity.

Beat The Chasers continues tomorrow on ITV at 9pm.