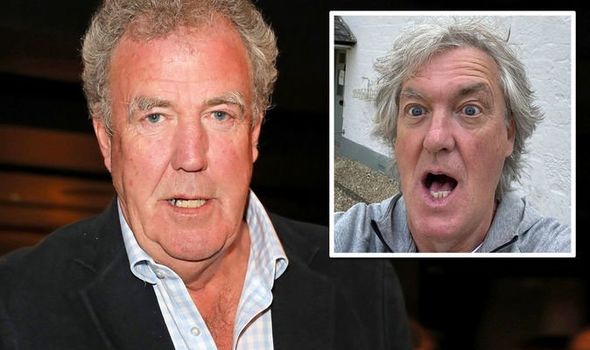 The Grand Tour host Jeremy Clarkson has taken to Twitter to dispute something his co-host James May had said online two days ago. The 60-year-old television star, who lives on a farm in the Cotswolds with his girlfriend Lisa Hogan, disagreed with a comment James made about how the new 10pm rule will not affect those in the countryside.

Earlier this month, James, 57, who has worked alongside Jeremy for almost 20 years, bought “half” a pub in the countryside.

On September 19, he tweeted: “I’ve just bought half a pub. #TheRoySwallowcliffe.”

He is now the proud part-owner of The Royal Oak pub in Swallowcliffe, near Salisbury.

Following the latest government announcement that pubs and restaurants must close at 10pm in order to reduce the spread of the coronavirus, James took to the micro-blogging site to reveal his lack of concern. 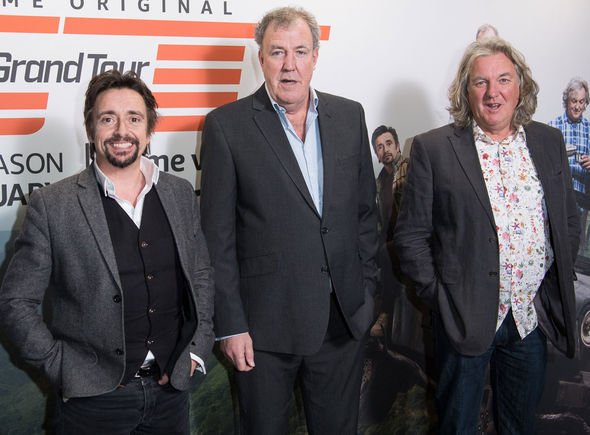 “The new 10pm rule will not impact on #TheRoySwallowcliffe as it’s in the countryside,” James informed his 3.1 million followers.

“Everyone’s in bed by then anyway, because it’s so dark,” he went on to say.

“Not round here we aren’t,” Jeremy later piped up in the comments section of the post.

This led to social media followers to hilariously discuss the rule of six. 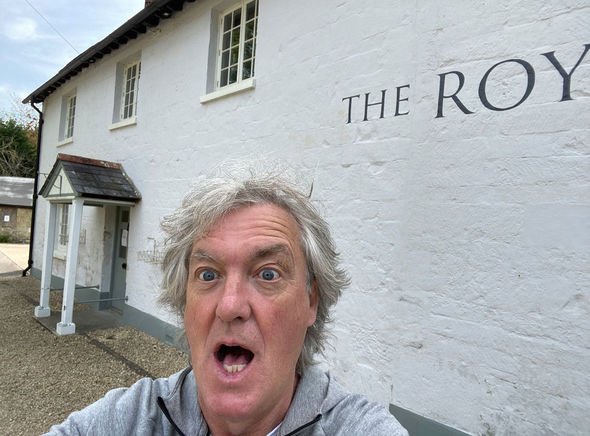 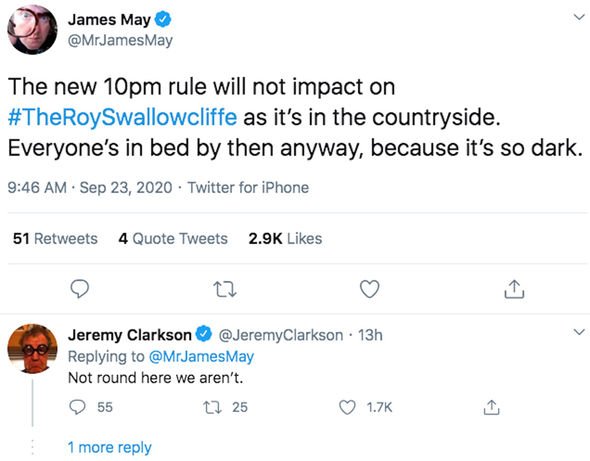 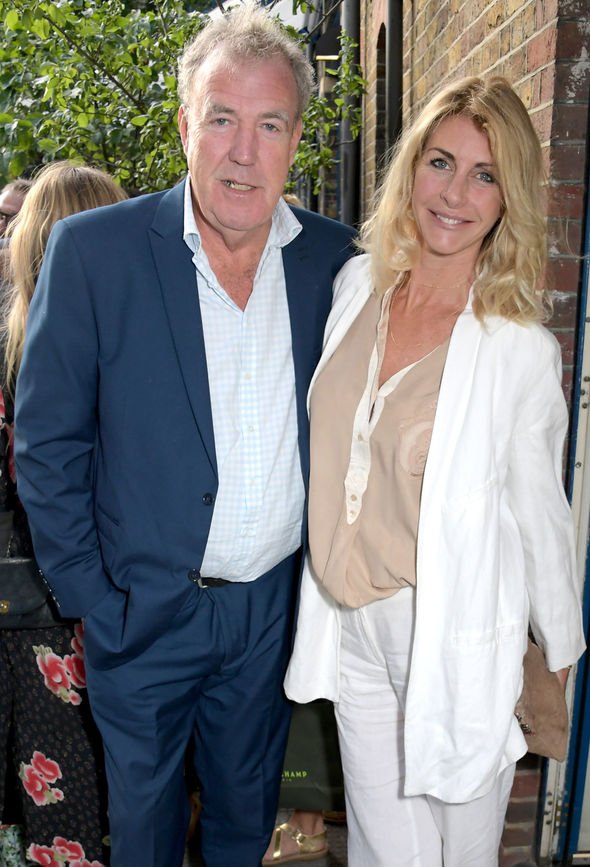 “It is open at the moment?” one potential punter asked the new landlord, before adding: ”Just wondering as I am up for a celebration today. Had some really good news. “Might be a bit far to drive from Surrey though.”

“Not yet. Please don’t make an unnecessary journey,” James informed the follower.

Although the pub has not had it’s grand re-opening yet, the car enthusiast informed fans he had taken his first Christmas booking.