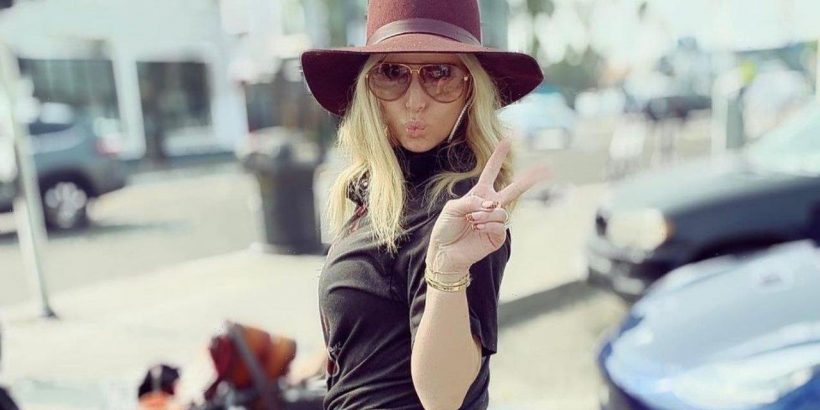 Former ‘Fashion Star’ judge made headlines earlier this month by sharing on Instagram a picture of herself looking barely recognizable as her face looked puffy.

AceShowbiz –Jessica Simpson is allegedly overwhelmed by the response to her recent post about her sobriety. According to a new report, the 41-year-old was “moved” to tears by the response she received after she shared an “unrecognizable” throwback photo of herself while battled addiction.

“It was very real for her,” a source, who is said to be a friend of the singer and businesswoman, tells PEOPLE. “She spent half the day crying. It meant so much to her to hear from people, hear their stories and know that she helped even one person.”

The pal goes on to say, “She was reflecting. Jessica does not want to hide anything anymore. She is an open book. She wants people to show that if she can post a cute photo of her family at Halloween, she also wants to show that is not all life is. She wants to share the truth.”

Jessica is, thankfully, in “such a better place” after four years of being sober. “She’s doing really well. She’s very present and she’s clear and clear-minded and her family is doing great,” adds the source. “It’s not that she doesn’t face challenges but she’s learning how to be better equipped to deal with challenges and more accepting of things that have happened in her past.”

Earlier this month, Jessica made headlines by sharing a picture of herself looking barely recognizable. The snap saw her rocking a pink sweatshirt and sweatpants while sitting on a cushion as her face looked puffy.

“This person in the early morning of Nov 1, 2017 is an unrecognizable version of myself,” the “Irresistible” singer wrote in the caption. “I had so much self discovery to unlock and explore. I knew in this very moment I would allow myself to take back my light, show victory over my internal battle of self respect, and brave this world with piercing clarity.”

She continued, “Personally, to do this I needed to stop drinking alcohol because it kept my mind and heart circling in the same direction and quite honestly I was exhausted. I wanted to feel the pain so I could carry it like a badge of honor. I wanted to live as a leader does and break cycles to advance forward- never looking back with regret and remorse over any choice I have made and would make for the rest of my time here within this beautiful world.”

“I can’t believe it has been 4yrs! It feels like maybe 2. I think that is a good thing. Ha,” she celebrated her sobriety. “There is so much stigma around the word alcoholism or the label of an alcoholic. The real work that needed to be done in my life was to actually accept failure, pain, brokenness, and self sabotage.”

The former “Fashion Star” judge went on admitting, “The drinking wasn’t the issue. I was. I didn’t love myself. I didn’t respect my own power. Today I do. I have made nice with the fears and I have accepted the parts of my life that are just sad. I own my personal power with soulful courage. I am wildly honest and comfortably open. I am free.”