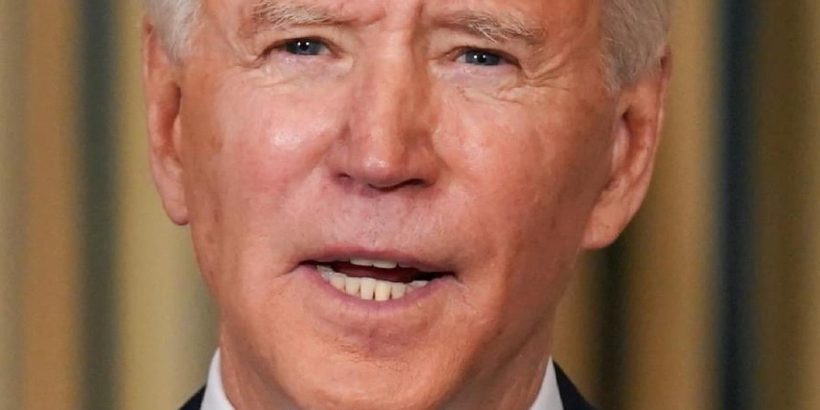 Joe Biden may be the oldest president in U.S. history (per The Guardian), but that’s not stopping some from comparing his tastes to that of a child. During the 2020 presidential campaign, 78-year-old Biden was even infamously nicknamed “Sleepy Joe” by his competitor, former President Donald Trump – who’s only four years younger than him — because of his age.

The two haven’t exactly been on the best terms throughout their political careers. When asked what he thought of Biden’s first few days as president in late February, Trump wasn’t full of praise for his predecessor. “We all knew that the Biden administration was going to be bad — but none of us even imagined just how bad they would be, and how far left they would go,” the former president told his supporters (per CNBC).

So, with some not exactly friendly banter between them, it’s probably not too surprising to hear that Biden has made some changes to what’s going on in the White House since his inauguration in January — and the changes involve his snacking habits. Read on for the details some are calling childlike.

It sounds like Joe Biden doesn’t exactly have the most adventurous taste in food, according to a May report from The Washington Post. The outlet claimed that Biden likes to take a lunch to meetings, which reportedly consists of “a protein bar, a peanut-butter-and-jelly sandwich and a travel-size orange Gatorade,” which Sen. Chris Coons of Delaware said he carries in “a little bag.” The choice definitely sounds a whole lot like a child’s school lunch, so much so that a Biden adviser teased, “He has the tastes of a 5-year-old.”

Biden has also reportedly been showing off his sweet tooth. While Donald Trump was said to have had a button on his desk that he pressed when he wanted Coca-Cola (per News 18), Biden’s treat of choice is salt water taffy. But it’s not just any kind of salt water taffy — naturally. It’s apparently direct from the president’s favorite brand, Dolle’s, which is located in his beloved adopted home state of Delaware.

As for what else the politician likes to snack on during those long days in the Oval Office, the president is also reported to be partial to the odd chocolate chip cookie. According to the outlet, due to Covid-related regulations, “each cookie is individually enclosed in a wrapper with a gold White House seal, making them hot commodities among staff and visitors.”

Childlike or not, it all sounds pretty yummy to us!